Brennan Clay took to Twitter during NFL Sunday on November 30 to claim that his wife was having an affair with Dallas Cowboys star Demarco Murray. Clay and Murray were teammates with the Oklahoma Sooners during their college years.

1. ‘Demarco Murray Was Having an Affair With My Wife,’ Said Brennan Clay on Twitter

People givin me ish for puttin it out there ..if you could read these messages ..YOU would too ..I wanted the truth out there ..

The claims came in a series of tweets made during NFL action on Sunday, November 30 (the Cowboys were off having played on the previous Thursday night). In the first message, Brennan Clay said, “So Demarco Murray was having an affair with my wife ..I’m done.” He adds that his wife, Gina D’Agostini, is the mother of two kids. The rant finished up with Clay saying, “I’m headed to Church.” A few hours later, he followed it up with the above tweet. According to his Facebook page, Clay and D’Agostini got married on July 19, 2014.

2. Clay & Murray Only Played One Season Together at Oklahoma

Brennan Clay became a Oklahoma Sooner in 2010 when Murray was in his senior year. During that year, Clay played nine of the team’s 14 games with Murray playing all 14. During that season Murray achieved the Oklahoma University “all-purpose yards record with 6,498 yards.” In one game where the two played together against Baylor, Murray had a career-long 76-yard touchdown reception, in the same game, Clay returned three kicks for 62 yards at Baylor. You can watch the highlights of Clay’s time at Oklahoma above.

3. Clay Was Rejected by the Denver Broncos

Brendan Clay in action for the Broncos in training camp. (Getty)

After being drafted by the Denver Broncos in 2013, Clay was cut after training camp in August 2014. According to his Oklahoma Sooners profile, he majored in Communications at OU and planned to go into broadcasting after his career ended. According to his Facebook page, he’s a native of San Diego where he attended Scripps Ranch High School. He was last living in Dallas, Texas.

4. On November 18, He Posted an Article About Cheating on Facebook

Back in November, two weeks before he made allegations about Murray and his wife, Clay posted an article called “Cheating Goes Far Past Sex” on his Facebook page. He accompanied the posting with the words, “True stuff ..can’t even argue ..” This one passage from the article:

When you think of cheating in the traditional sense, having sex with another person comes to mind. It’s an intimate situation in which the person you love is connecting with another while you are going about your life, loving and caring for said person.

Once you find out, all trust is lost. But think about the concept for a minute.

Webster’s Dictionary defines cheating as the deprivation of “something valuable by the use of deceit or fraud.”

Sure, sex is cheating, and maybe the most hurtful cause, but have you ever stopped to think that you’re being cheated out of your relationship everyday? Lack of communication, attention, passion, intimacy — even lack of love. Why are we OK with this, and all the communication shortcuts that have become so common?

Brennan Clay posted this pic of he and his wife partying with Johnny Manziel back in July. (Instagram)

Aside from ending his Twitter rant where he outed his cheating wife by telling the world that he was going to church, Clay’s Facebook URL is “Ilovejesus.” He posts frequently on his page about Jesus and posted a video of an atheist being stumped by a question on creationism. On Christmas day in 2013, he posted, “Remember that this day represents more than just gifts ..enjoy the blessin of family and friends ..but most importantly the birth of Jesus ..” 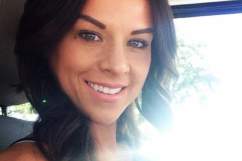