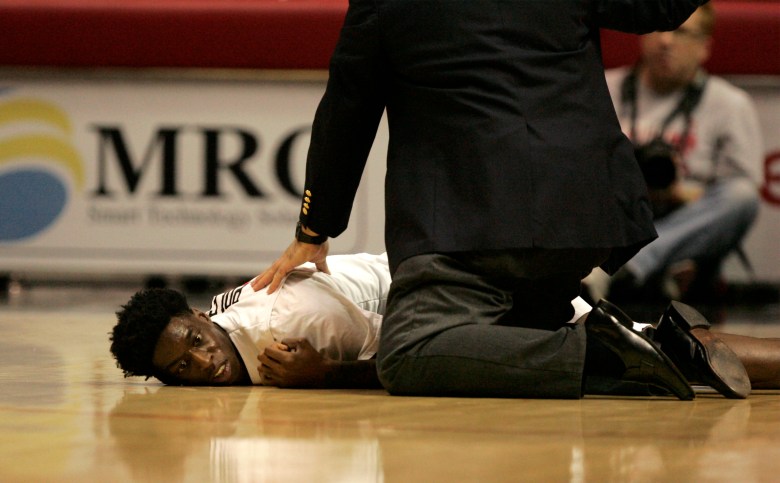 1. Polee Was Down for More Than 10 Minutes After Collapsing

Polee, a 6-foot-7 senior forward, collapsed mid-way through the first half while playing defense. You can watch video of the play above.

He was down on the court for more than 10 minutes as paramedics tended to him. Polee’s father, Dwayne Polee Sr., and mother, came onto the court to be with him as he was receiving treatmnet.

Dwayne Polee's mother and father came out of the stands to be near Dwayne after he collapsed. #sdsu,

2. Polee Waved to the Crowd As He Was Being Carted Off the Floor 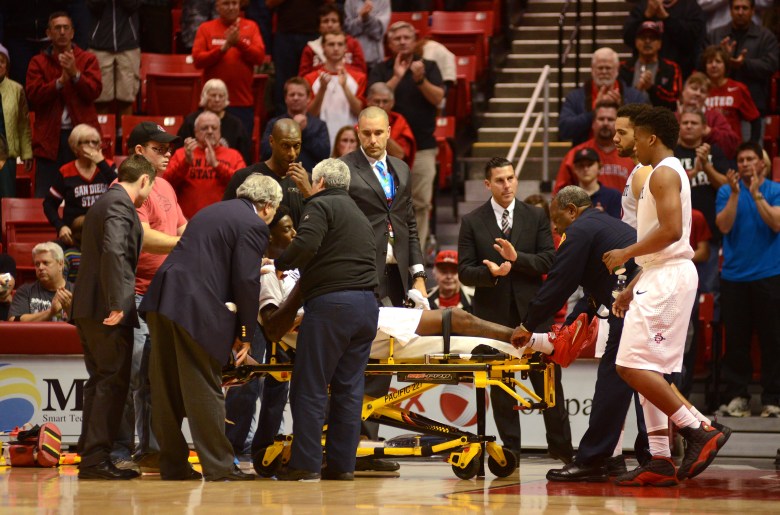 Polee waved to the crowd as he was being carted off on a gurney. An SDSU spokesman told the San Diego Union Tribune’s Mark Zeigler that Polee was “completely responsive” and talking to paramedics while receiving treatment.

Paramedics responded quickly, lifting Polee’s jersey and attaching monitoring equipment to his chest. After about 15 minutes on the floor, he was lifted onto a yellow gurney and taken through the tunnel to an ambulance. His teammates came off the bench to console him as he left.

3. Polee Was Alert When He Left the Arena

Dwayne Polee II was conscious when left the floor. He will be taken to a local hospital. #AztecMBB

SDSU said Polee was alert when he left the arena. The school said he was being taken to a local hospital.

4. It’s Not Clear What Triggered the Collapse 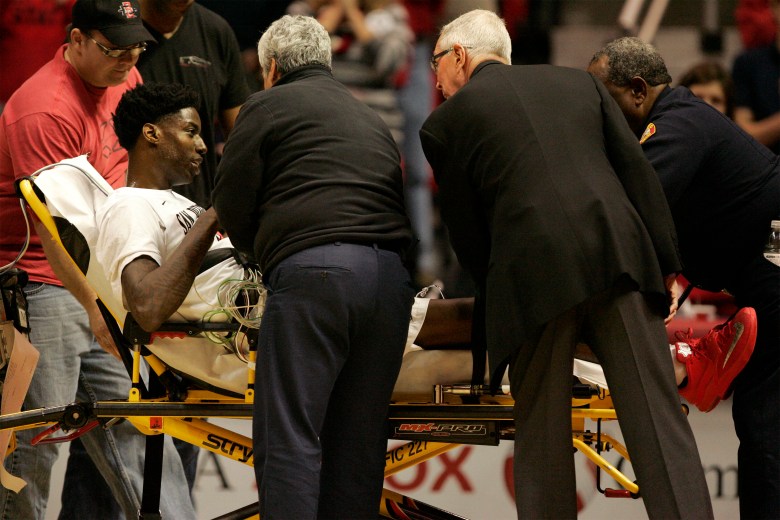 It’s not clear what triggered the collapse. The Sporting News’ Dane Carbaugh was among those who described the incident as an “apparent seizure.” But the school hasn’t commented on the nature of Polee’s condition.

5. Polee Was the Mountain West 6th Man of the Year Last Year 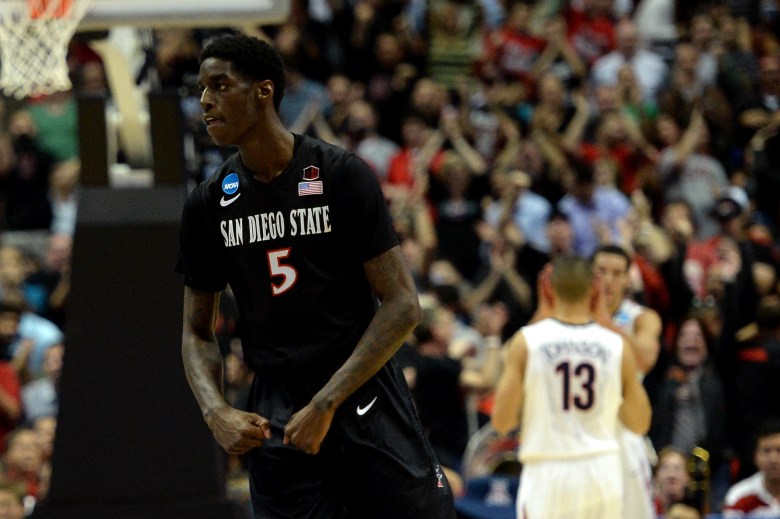 Polee, a senior from Los Angeles, transferred to SDSU after playing one year at St. John’s in 2010-11. He’s played an increasingly big role over the past two years in San Diego and was named Mountain West conference Sixth Man of the Year last year after averaging 8.5 points and 3.3 rebounds per game off the bench. 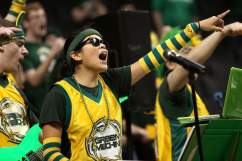