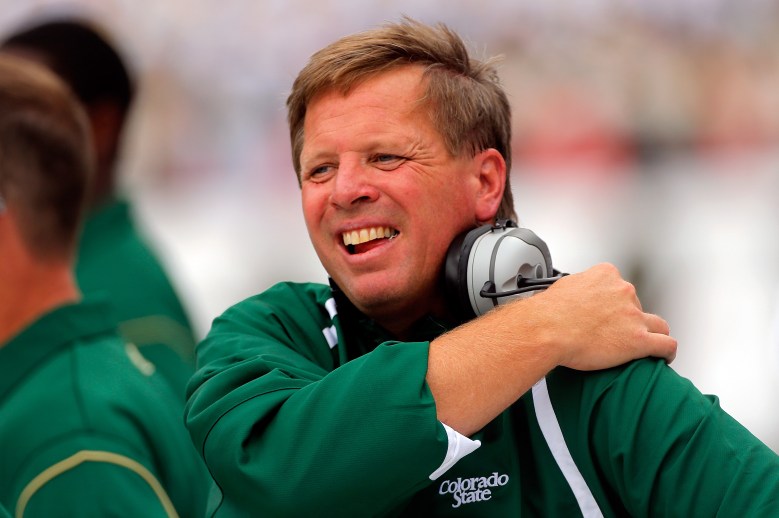 Jim McElwain got a 6-year contract to become Florida’s next head coach. (Getty)

After settling some buyout issues with Colorado State, Jim McElwain was hired to be the next Florida head coach on Thursday.

According to reports, the former Rams coach will receive an average of $3.5 million per season on the 6-year contract. He will be formally introduced at a press conference Saturday.

“Coach McElwain was someone we targeted from the beginning of the search,” Florida Athletics Director Jeremy Foley told the school’s official website, Gatorzone.com. “The more we worked through the process and did our due diligence, coupled with our meeting and conversations with him and those around him, it was obvious he is the right person to lead the Florida Gator football program.”

Colorado State and Florida had to iron out a few buyout matters before McElwain could become available to join the Gators. The 52-year-old had a $7.5 million buyout.

It’s being reported Florida agreed to pay Colorado State $3 million and the Rams will visit Gainesville for a game between 2017 and 2020 for another $2 million. Also, McElwain will reportedly pay CSU $2 million, bringing the buyout total to $7 million.

The buyout is the largest ever from one school to another, according to this report.

Want context to $7M McElwain buyout? Here are the other buyouts over the last three years pic.twitter.com/4L0d56xqqT

McElwain, who was just named the Mountain West Conference Coach of the Year, was in his 3rd season with the Rams. He was 22-16 overall, including a 10-2 mark this season and a 2013 New Mexico Bowl win. CSU reached double-digit wins for the first time in 12 years and were ranked earlier this season in the Top 25 for the first time since 2003.

Last month, Foley announced coach Will Muschamp would not return to the Florida sideline for the 2015 season. Muschamp was 28-21 in four seasons, but just 10-13 combined over the past two.

The Gators set their sights on an offensive-minded coach and appear to have gotten one in McElwain. The Rams rank 13th in the FBS with 497.8 yards per game and average 35.9 points per contest, good for 25th in the nation.

“He has a proven track record on the offensive side of the ball, has coached in the SEC, won two national championships and has had success as a head coach,” Foley said. “He has recruited the South and the state of Florida and has spent time coaching at the highest level in the NFL.”

McElwain is familiar with the SEC as he served as the Alabama offensive coordinator and quarterbacks coach under Nick Saban from 2008-11. The Crimson Tide won two national titles when McElwain was on the staff.

The Montana native spent the 2007 season as the Fresno State offensive coordinator and in 2006 he was the Oakland Raiders’ quarterback coach. He’s also coached with Michigan State, Louisville, Montana State and Eastern Washington. 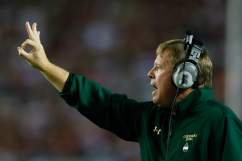 Jim McElwain to Florida: The Tweets You Need to Read