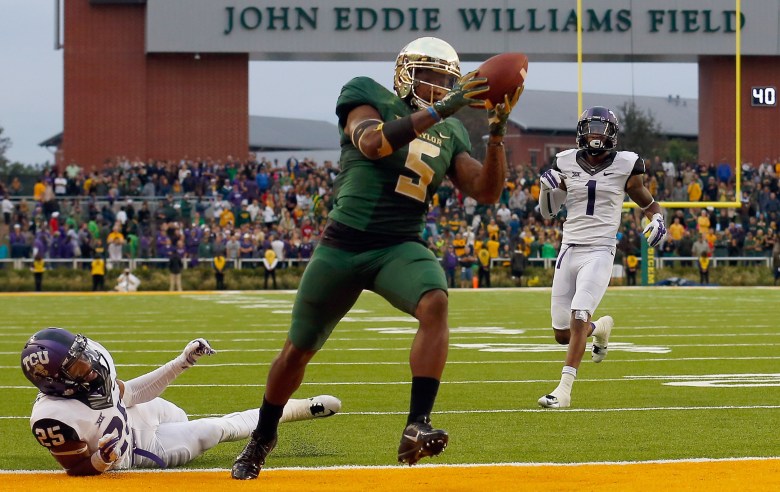 The Cotton Bowl will be the setting for this appetizer to the inaugural College Football Playoffs set for later in the day.

The Spartans are no slouch on offense, either. They’re ranked 7th in the nation at 43.1 points per game, just a little over 5 fewer than the Bears (48.8).

It’ll be Pat Narduzzi’s final go as MSU’s defensive coordinator as he has already been hired as the head coach at Pitt.

Art Briles’ Bears have knocked off TCU, Oklahoma and Kansas State, all of whom were ranked in the top 15 at the time of the game.

Since the lone loss on Oct. 8 (41-27 to West Virginia), Bears QB Bryce Petty has been crazy efficient, totaling 11 TDs (9 passing) to just 3 interceptions while leading his team to a 5-0 record.

RB Shock Linwood was as consistent as they come, scoring in all but 1 game while running for 1,226 yards. Can Michigan State, which ranks 3rd against the run and 24th vs. the pass, avoid the offensive wrath of a Big 12 team? We saw the nation’s top scoring defense, Ole Miss, get dismantled by TCU Wednesday.

The Spartans’ 2 losses this season came against 2 teams in the CFP – Oregon and Ohio State. Running back Jeremy Langford was unstoppable the final 2 months of the season and ended with 19 touchdowns and 1,360 yards. QB Connor Cook has thrown 22 scores, half of them to WR Tony Lippett, a dangerous weapon in the passing game. It might not sound right, but MSU has the offensive firepower to keep up with Baylor.

But Sparty won’t. Like TCU, Baylor has something to prove. Those are good teams, but they still aren’t looked at on the same level as the squads from the SEC, Big Ten or Pac 12. Knock off one of the big dogs and you get there. The Bears do just that. Art Briles is not going let Gary Patterson and rival TCU have all the postseason fun. 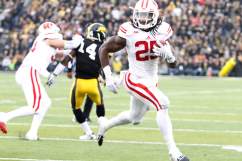