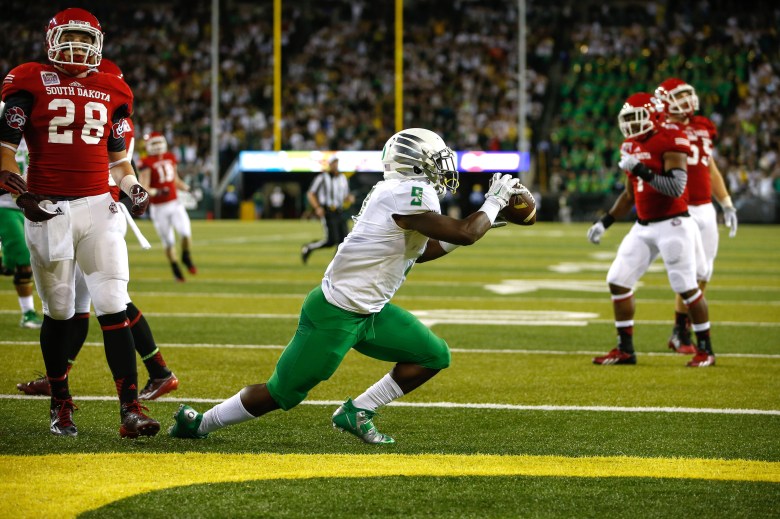 History will be made Monday night when Oregon and Ohio State meet in the inaugural College Football Playoff National Championship Game.

And ESPN is making sure you get to see and hear every moment of it.

In addition to the traditional telecast of the game on ESPN, the network will supplement that coverage with what it being called the CFP Megacast. The Megacast will feature different shows and productions across ESPN’s many platforms to enhance your viewing experience. From real-time game analysis to exclusive camera angles to social media, the Worldwide Leader will have it covered.

Kickoff is scheduled for ESPN at 8:30 p.m. Eastern at AT&T Stadium in Arlington, Texas.

Chris Fowler will handle play-by-play duties and former Ohio State quarterback Kirk Herbstreit has the color commentary. On the sidelines will be Heather Cox and Tom Rinaldi.

The game can also be heard on ESPN Radio. Mike Tirico (play-by-play) and Todd Blackledge (analysis) are on the call. They will be joined by sideline reporters Holly Rowe and Joe Schad. Rules expert Bill Lemonnier is also part of the team.

The ESPN College GameDay crew of Fowler, Herbstreit, Desmond Howard and Lee Corso get things kicked off at 4 p.m. Eastern with a 2-hour show from Arlington.

Here’s what the Megacast will consist of:

Sounds of the Game (ESPN Classic): 100 microphones throughout the stadium give you the sounds of what’s going on inside the stadium without any announcers. The telecast will include the pregame and halftime performances of the Oregon and Ohio State marching bands.

Home Team Radio (ESPN3/WatchESPN): The Oregon and Ohio State radio calls will be streamed over the telecast. Oregon’s Jerry Allen, analyst Mike Jorgensen, reporter Joey McMurray and host Chase Morgan, and Ohio State’s Paul Keels with analyst Jim Lachey and reporter Marty Bannister are on the call. The on-screen presentation will provide fans of both teams with the game feed plus isolated cameras on their home team’s head coach and marquee players.

Taco Bell Student Section (ESPN3/WatchESPN): Coverage of the fans for both teams.

Around the World (ESPN International/ESPN Deportes): ESPN’s game coverage will be available to the men and women serving in the United States military branches in 175 countries through the American Forces Network. Fans in 146 countries around the world will be able to view the game.

Social Media (Facebook/Twitter): ESPN will use its various social media accounts for coverage. Expect behind-the-scenes insights, stats and information, interaction with fans, and among other tidbits. 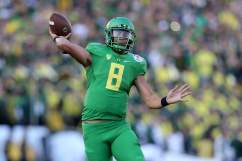