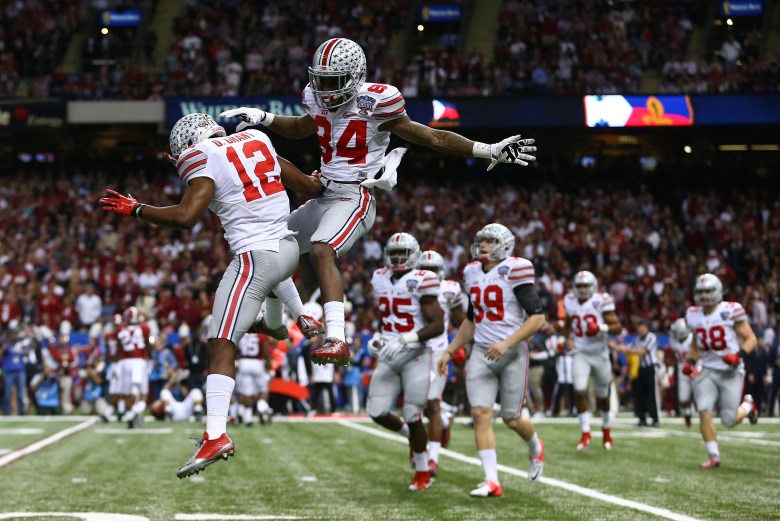 After winning their respective Bowl games, Oregon will play Ohio State in the National Championship game on January 12. Oregon routed Florida State, 59-20, in the Rose Bowl, and Ohio proved they deserved the fourth spot in the inaugural playoff with their 42-35 win over Alabama in the Sugar Bowl.

Ohio State will have to overcome the point spread — yet again — if they hope to keep their perfect record against Oregon. The Ducks enter the title game 7-point favorites. On Thursday, Oregon was a big favorite and covered with plenty of room to spare. Ohio State, on the other hand, was a big underdog and won outright. One of these trends has to end.

The title game will be played at AT&T Stadium in Arlington, Texas, and kick off at 8:30 p.m. Eastern. ESPN will have the coverage, starting with the pre-game show at 8 p.m. Eastern.

The matchup will have this year’s Heisman winner, Marcus Mariota, going against Cardale Jones, who will be making his third career state.

Ohio State is 8-0 all-time against Oregon, with their last meeting coming in the 2010 Rose Bowl. The Buckeyes won the game, 26-17.

At the start of the season, the Odyssey posted an article about the SEC’s dominance, predicting that there could be two teams from the conference in the playoffs. However, this will be the first year since 2006 an SEC team hasn’t been in the title game. 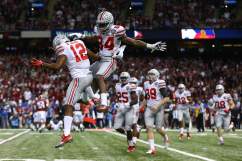