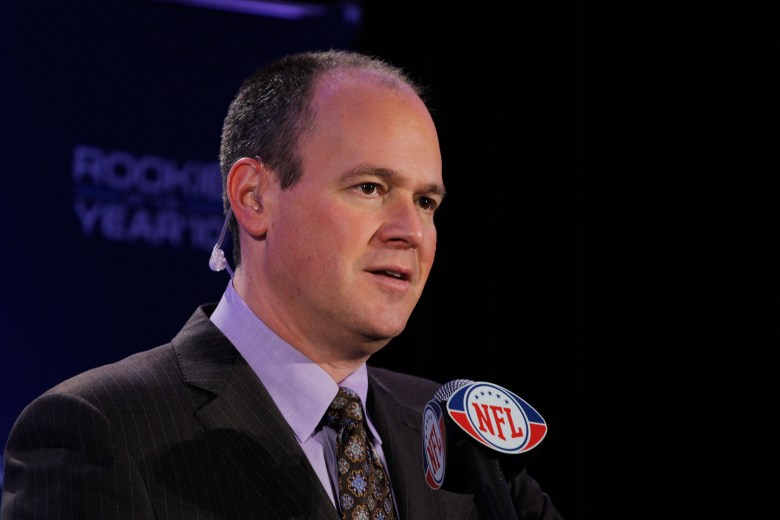 On Sunday, long-time ESPN anchor Stuart Scott lost his battle with cancer and died at the age of 49. current NFL Network anchor Rich Eisen used to be an employee of ESPN, and during the 1990s when SportsCenter was really becoming popular as cable television’s nightly sports news broadcast, Eisen and Scott were one of SportsCenter’s top anchor duos.

Eisen had known Scott for over 20 years — like the rest of ESPN’s viewership had — and the two stayed close friends throughout the years. This morning, Eisen learned of the news of Scott’s death on air, and took a few minutes to dedicate a segment of NFL Gameday’s broadcast to the memory of Scott. Eisen is noticeably trying to fight back tears like Hannah Storm because Scott had that much of a profound impact on those he knew personally and didn’t know personally.