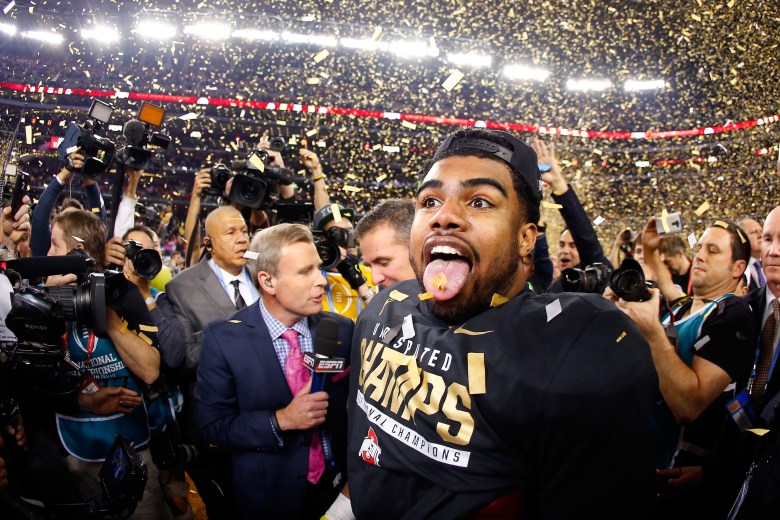 Ohio State running back Ezekiel Elliott celebrates after the Buckeyes’ 42-20 win over Oregon in the National Championship Game on Monday. (Getty)

The Ohio State Buckeyes are back on top of the college football world, and we’ve got all the gear you need to celebrate.

Here’s a look at some of the best apparel in the Buckeyes’ Amazon fan shop: 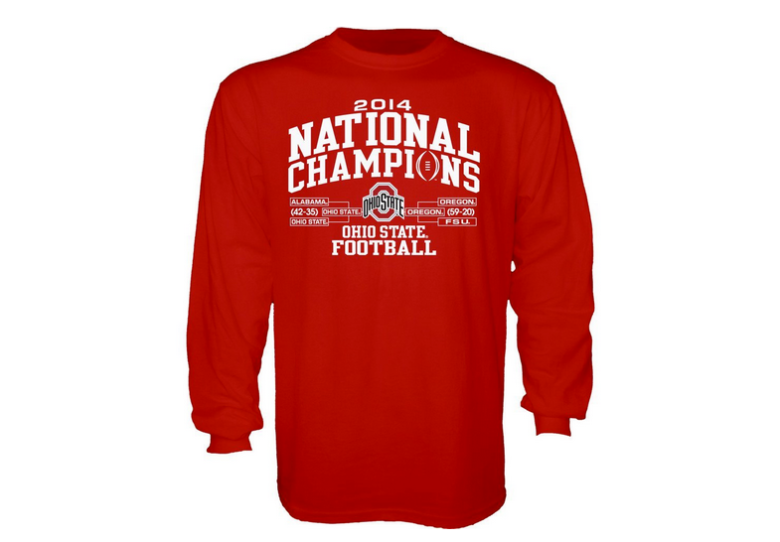 The scarlet shirt shirt features the Buckeyes’ logo along with the College Football Playoff bracket and the scores of OSU’s Sugar Bowl win over Alabama and Oregon’s Rose Bowl rout of Florida State. The shirt comes in sizes medium through extra extra large. One small gripe: The shirt has the scores of both semifinal games, but not the title game.

If you’re looking for something understated and comfortable with the OSU championship logo, the zip-up is a good fit. It also comes in sizes medium through extra extra large and has a small, scarlet and white championship logo. 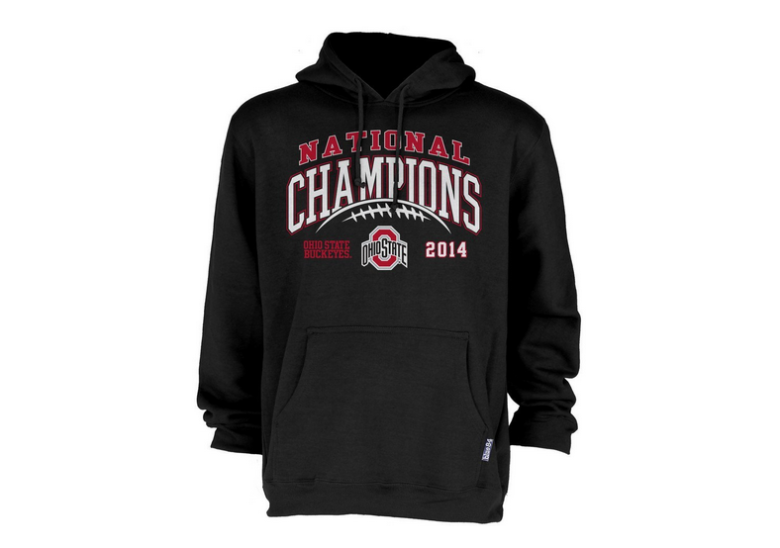 There are a handful of options for hoodies, and you can’t really go wrong with any of them. This one, which is available in black or scarlet, features the words “national champions” in big letters across the chest, with the Buckeyes logo below. It’s a sharp look and it’s $10 cheaper than some of the other options. You can check out all of the other options here. 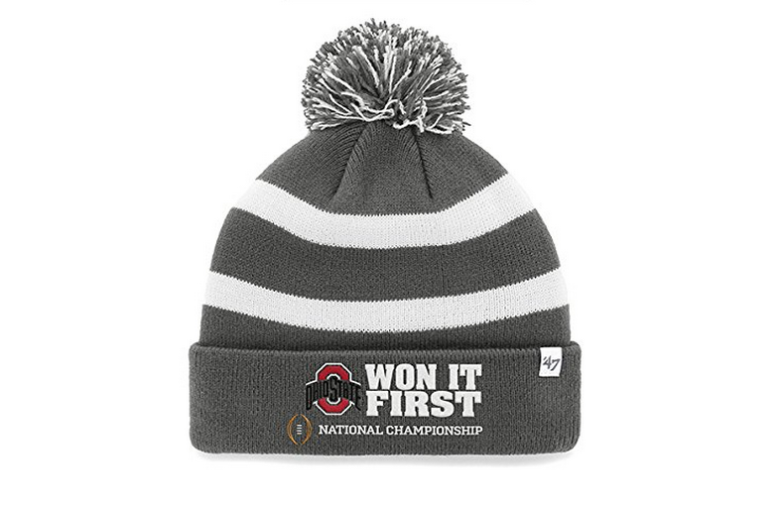 The hat commemorates the Buckeyes’ status as the first College Football Playoff champions. It’s also unique among the items in the shop in its ability to keep you warm over the next two months. The shop also has baseball caps with the same wording. Buy the baseball cap here.

Urban Meyer gets doused with Gatorade after Ohio State’s win over Oregon. (Getty)

The official Ohio State University store also has everything from championship hats and t-shirts to coffee mugs and shot glasses. You can take a look at the selection of gear here.