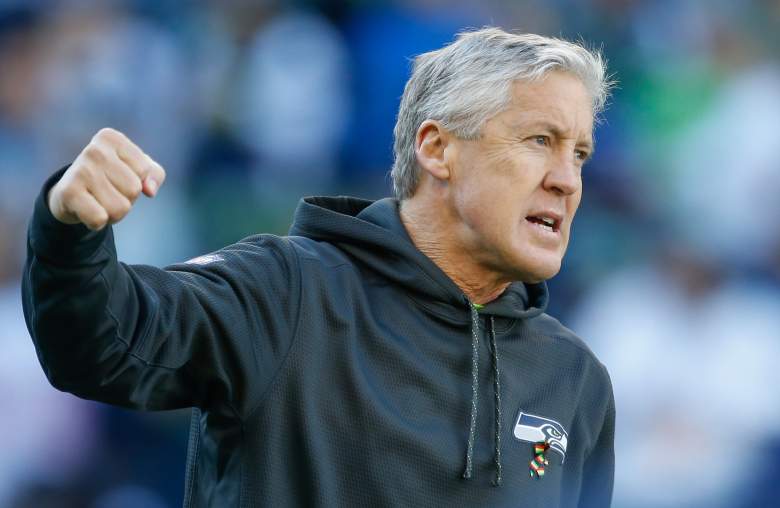 Pete Carroll is signed through 2016. (Getty)

The rules are pretty simple in the NFL – get results, get paid.

That’s exactly what happened to Seattle Seahawks head coach Pete Carroll. Carroll’s Seahawks won Super Bowl 48 in 43-8 blowout fashion over the Broncos and now they meet the New England Patriots in Sunday’s Big Game with repeat on their mind.

So 2 months after last year’s MetLife Massacre, the Seahawks rewarded Carroll with a 3-year contract extension through the 2016 season.

Carroll was working under a 5-year, $35 million deal signed in 2010, which was set to expire after this season. The $7 million annual salary put him among the upper echelon of highest-paid head coaches with the Saints’ Sean Payton ($8 million) and his Sunday counterpart Bill Belichick of the Pats ($7.5 million).

The new extension replaced the final year of the old deal, then covers 2015 and ’16.

Terms of the deal have never been released, but it’s been speculated Carroll has hit the $8 million per season threshold, which would make him the highest-paid coach (with Payton) in the NFL.

And there must be bonuses tied to winning and playoff/Super Bowl appearances. For example, if the Broncos beat Carroll’s Seahawks in last season’s Super Bowl, Denver coach John Fox would have gotten a $1 million bonus. Well, that certainly didn’t happen.

It’s hard not to think Carroll wouldn’t be paid the most. His team wins and the Seahawks owner, Paul Allen, is one of the wealthiest people in the entire world.

Carroll will be 65 when the deal expires. Then what? Carroll’s a “young” 63, but he’s currently one of the oldest coaches in the league. I guess he’ll – and we’ll – cross that bridge in 2016.