Rex Ryan was fired last month as the head coach of the New York Jets. But there’s a good chance Ryan will still be a head coach in the AFC East in 2015 and beyond.

1. The Bills & Ryan Are Putting the ‘Finishing Touches’ on the Deal

Filed to ESPN: Bills putting finishing touches on deal that will make Rex Ryan their next HC, per sources. More on Sunday NFL Countdown.

Schefer tweeted Sunday morning that the teams were putting the “finishing touches” on the deal. Terms of the deal haven’t been reported.

The deal would make the Bills the first of six NFL teams with vacancies to make a hire.

The 49ers, Falcons, Jets, Raiders and Bears also have vacancies.

2. Ryan Had Also Interviewed for the Falcons Job 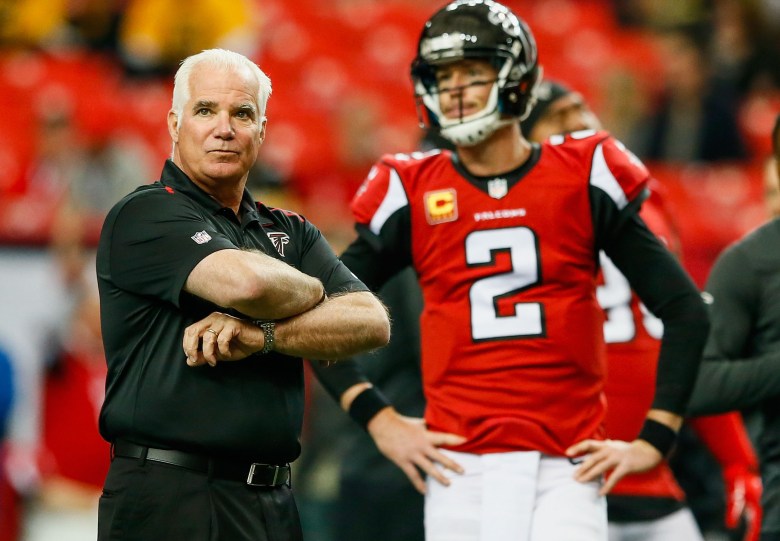 Mike Smith (left, with Matt Ryan) was fired in December as head coach of the Falcons. (Getty)

Ryan had also interviewed for the Atlanta Falcons’ head coaching job, which was vacated last month when the team fired Mike Smith after a 7-9 season.

With Matt Ryan in place as Atlanta’s quarterback, the Falcons’ job was considered by many to be the most attractive for Ryan, a defensive guru who was brought down in New York by poor quarterback play by Mark Sanchez and Geno Smith.

Schefter reported Sunday that there was strong mutual interest, but that the process had dragged on. Buffalo, meanwhile, aggressively courted Ryan, and with the Atlanta job an uncertainty, Ryan was eager to jump at the opportunity in Buffalo.

3. Doug Marrone Opted Out of His Deal With the Bills 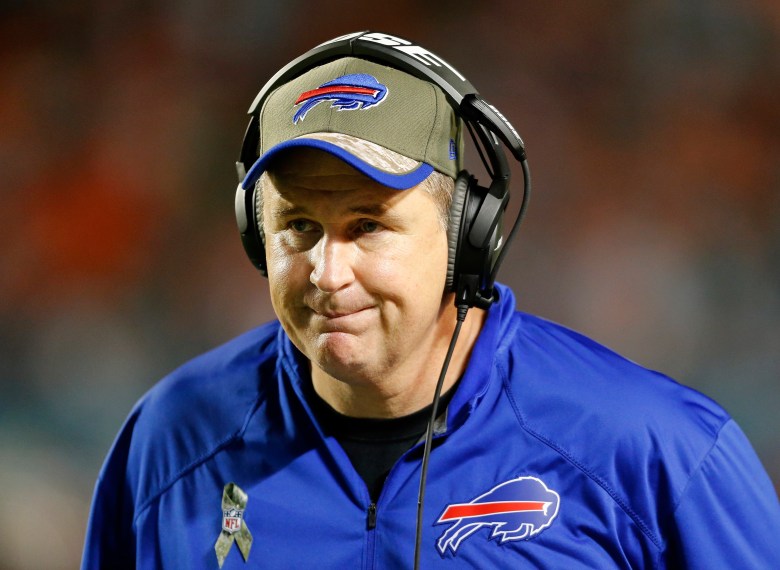 The Bills job opened when Doug Marrone opted out of his contract at the end of the season. Marrone has a relatively successful tenure, but had clashed with general manager Doug Whaley. The coach’s contract had a provision allowing him to opt out after two years in the event that the Bills were sold, which happened during the season.

The bombastic Ryan went a combined 20-12 in his first two seasons and led the Jets to back-to-back AFC championship games, setting high expectations for his tenure and promoting Ryan to guarantee trips to the Super Bowl on multiple occasions. 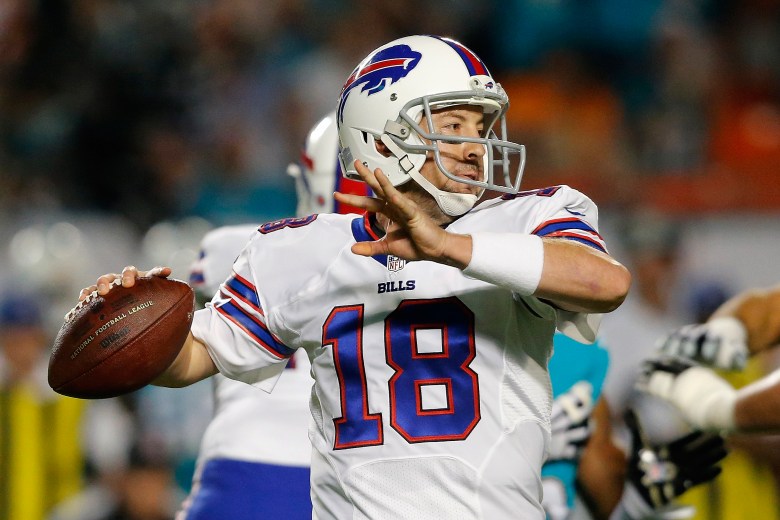 The Bills had one of the best defenses in the league in 2014 and went 9-7 despite Kyle Orton being their starting quarterback for the majority of the season.

Marrone benched starter E.J. Manuel in favor of Orton after four games. But as the Buffalo News’ Vic Carucci reported, Whaley has been talking up Manuel in interviews with coaching candidates, laying part of the blame for Manuel’s struggles on poor coaching. 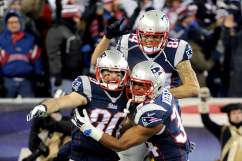