Marcos Maidana slams a right to the face of Floyd Mayweather Jr. (Getty)

Many have tried to break the May-Vinci Code, but all have failed. With unmatched ring intelligence, an uncanny ability to anticipate his rivals’ moves, and flawless athletic execution boxing great Floyd Mayweather Jr. has successfully defended his unblemished record 47 times.

“I look back through history at the Sugar Ray Leonards, the Roberto Durans, Tommy Hearns and Ali, who will always be known as the greatest no matter what,” former opponent Ricky Hatton told talkSport radio. “But I am struggling to find anyone better [than Floyd Mayweather Jr.] at the moment.”

Yet a handful of Mayweather’s challengers have managed to give the No. 1 pound-for-pound champion a run for his ‘Money.’

In the fights listed below we see Floyd Mayweather Jr. (47-0, 26 KOs) up against the best, and at his best— pushing his skills and talent to the brink and forced to dig deep to survive.

We also see a Floyd Mayweather Jr. that is, in fact, human. In the following encounters Floyd suffers his first (and only) cut in his career; he is knocked down; and in one instance, squeaks by with a gift decision that should have gone to his opponent.

Opponents have studied these fights, searching in vain for the blueprint for defeating Pretty Boy Floyd. Having deposed of 45 worthy challengers, Mayweather waits for the one who can solve his riddle.

One of Pretty Boy Floyd’s most brilliant performances came in October 2000 against journeyman Emanuel Augustus, who entered the ring with a record 22-16-4 and had lost four of his last six fights.

Mayweather, then 23-0, came into the fight highly favored to win, but the 25-year-old Augustus must not have heard. He showed no respect for the young hotshot, bullying and taunting Mayweather, and walking undeterred through shot after shot to land punches of his own.

Augustus eventually succumbed to Mayweather’s incessant attacks, and the fight was stopped in the ninth round. But Augustus managed to draw one of the most virtuosic displays of skills from Mayweather that his fans have ever seen.

“I’m going to rate Emanuel Augustus first compared to all the guys that I’ve faced,” Mayweather said after the fight. “He didn’t have the best record in the sport of boxing, he has never won a world title, but he came to fight.”

At the conclusion of Mayweather’s April 2002 fight against Jose Luis Castillo, HBO’s unofficial judge Harold Lederman had a final scorecard of 115-111 for Castillo. Most observers and members of the media agreed.

Mayweather had entered the ring with an injured shoulder, and the Mexican brawler had capitalized on the compromised champ, outlanding him 203-157.

“I did everything humanly possible to win that day, and I think I won the fight,” Castillo told Boxing Scene. “I demonstrated, I believe, that Mayweather was not invincible, but he is a great fighter. He is very complete, good stamina, fast. I think he should be in the top five in the world in boxing history.”

Even though referee Richard Steele missed the call, and the HBO crew hardly referred to it during the fight, southpaw Zab Judah gets unofficial “fan credit” for knocking down Mayweather in the second round of their 2006 encounter.

Mayweather had suffered a previous official knockdown, against Carlos Hernandez. That, however, occurred when Mayweather broke his hand against Hernandez’s head and took a knee from the pain.

The Mayweather–Judah fight is also memorable for the brawl that erupted in the 10th-round, when Floyd’s uncle and trainer Roger Mayweather climbed into the ring and charged Judah in retaliation for a low blow against Floyd.

Miguel Cotto gave Pretty Boy Floyd one of the most difficult and competitive of recent fights; bullying Mayweather against the ropes, blooding up his nose, and putting up a commendable defense against the sharp-shooter’s artillery.

However, Mayweather’s dominance of the final rounds was enough to secure him a unanimous decision win and earn him Cotto’s WBA Super World super welterweight title.

“You’re a hell of a champion,” Mayweather told Cotto in the ring after the fight. “You’re the toughest guy I ever fought.”

Marcos Maidana gave Mayweather and his fans a scare when he threatened to overthrow the reigning champ with roughhouse streetfight tactics during their May 2014 fight.

For the first half of the bout, the bruiting Argentine worked Mayweather against the ropes, landing repeated overhead right-hands and exploiting wild angles to keep Mayweather from mounting any kind of substantial offensive.

But by the seventh-round the Mayvinci code was in full affect. Mayweather adjusted to Maidana’s attacks, and the defending champ was able to do enough in the later rounds to walk away with a majority decision.

In only his second career rematch, Mayweather handily defeated Maidana in September. 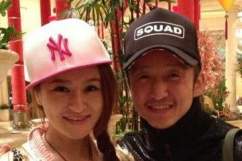