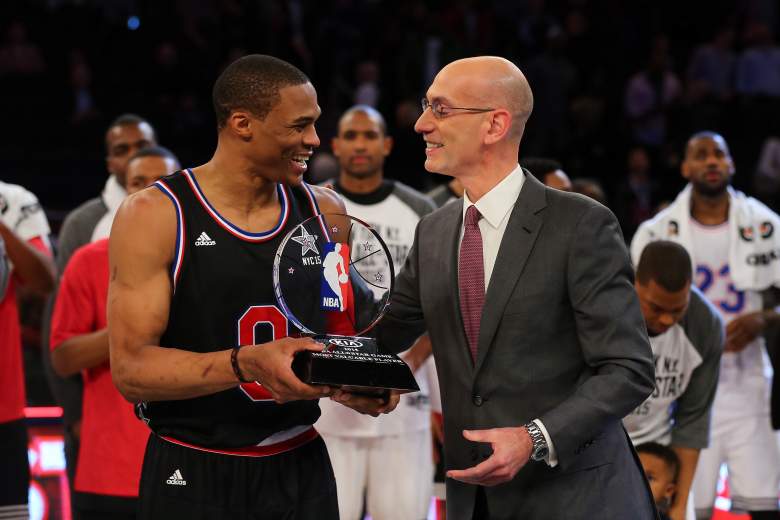 Both teams combined to score 321 points, which is a new All-Star Game record breaking the 318 combined points both teams scored… in last year’s All-Star Game.

Thanks to Darren Rovell on Twitter for this nugget: 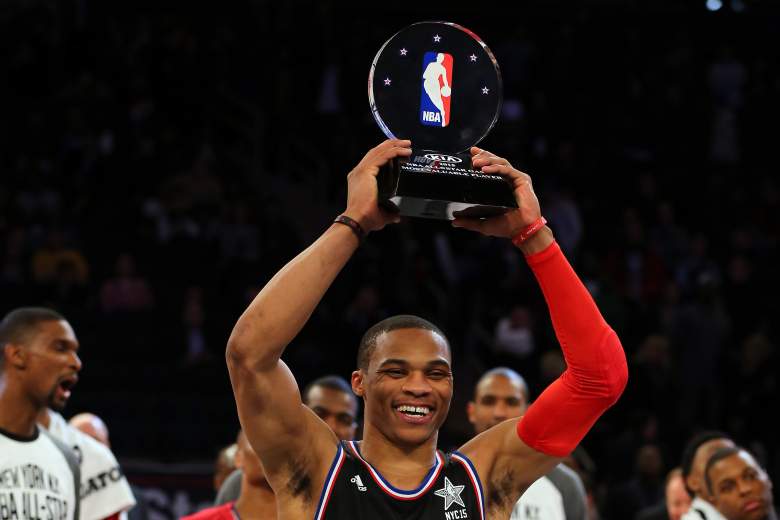 Wilt Chamberlain’s 42 point All-Star record is safe.Russell Westbrook finishes with 41 points in West’s 163-158 win over East in the AS Game

He also won the game’s Most Valuable Player Award.

Russell Westbrook is your NBA All Star game MVP pic.twitter.com/KTQOPCWnSx

In the 3rd quarter, Westbrook received an alley-oop that he threw home, and in the process, hit his head on the backboard. He later looked at the camera and touched his head and shrugged it off as if it was just another play.

LeBron James finished as the game’s 2nd leading scorer with 30 points. James Harden finished behind Westbrook in the West with 29 points.

Steph Curry dazzled the crowd with one of the most impressive drives and layups in the game. The West lost their lead in the 3rd and the game went into the 4th tied at 122.

Westbrook still led all scorers with 33. Atlanta Hawks forward Kyle Korver had 18 points on six 3-pointers, which is just two made 3s short of the All-Star Game record help by Carmelo Anthony.

The East Narrowed the Deficit to Just 1 Going into Halftime

The 2nd quarter was filled with most of the same from the 1st quarter, namely, a lot of scoring. There were also some things that NBA fans don’t get to see too often.

For example… Dirk Nowitzki doesn’t dunk too often, but for the All-Star Game? Sure. He caught an alley-oop pass from Stephen Curry and finished. (LeBron can take some pointers)

Also, Toronto Raptors guard Kyle Lowry, who had previously not dunked all season, finally dunked in game — even if it doesn’t TECHNICALLY count.

Westbrook leads the game in scoring with 27 points, while LeBron has 22.

The Western Conference All-Stars shot 51% from the floor in the 1st quarter and were led in scoring by Houston Rockets starter James Harden with 13 and Okalahoma City Thunder guard Russell Westbrook with 12.

LeBron James led everybody with 15 points, and is approaching becoming the All-Star Game’s all-time leading scorer. James also provided some comedy with his missed alley-oop off of a pass from John Wall that drew some laughs from the crowd.

The 2015 NBA All-Star Game marks the 64th game in league history, and will be played tonight from the World’s Most Famous Arena, Madison Square Garden in New York City.

The 2015 NBA All-Star Game rosters and starting lineups for the East and West can be found here. Atlanta Hawks head coach Mike Budenholzer was chosen to coach the East All-Stars and Golden State Warriors head coach Steve Kerr was chosen to coach the West All-Stars. Warriors’ guard Stephen Curry led the NBA in balloting this year with 1,513,324 votes. 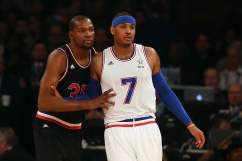