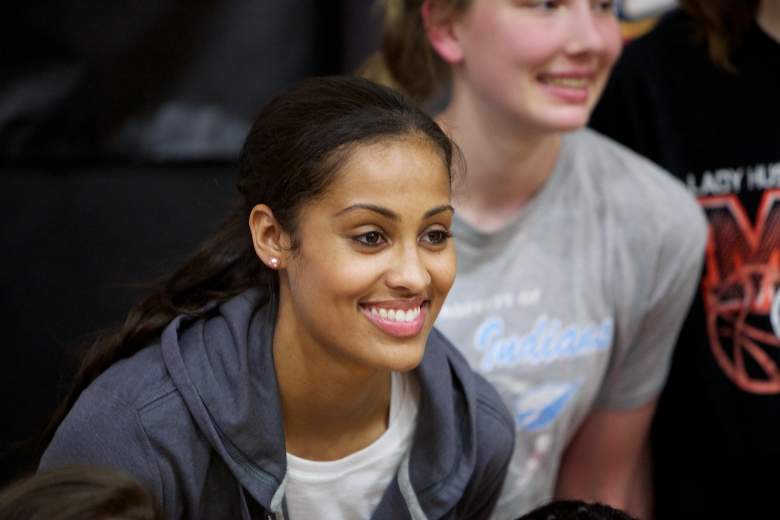 A high school player of the year, a 2-time first-team college All-American and a WNBA All-Star, Skylar Diggins gets the job done on the basketball court.

But it has not stopped on the hardwood.

Diggins has been featured in magazines, ad campaigns and has one of the world’s most famous rappers as an agent.

The 24-year-old from South Bend, Indiana, is just scraping the surface of her career – on- and off-the-court.

Here’s what you know about Diggins:

1. Diggins Has Become a WNBA Superstar

After averaging 8.5 points and 3.8 assists as a rookie in 2013 for the Tulsa Shock, Diggins blossomed into a legitimate superstar last season. She poured in 20.1 points per game (2nd in the WNBA) and dished out 5.0 assists (4th) while becoming an All-Star.

Diggins was also named the WNBA’s Most Improved Player in 2014. She was chosen to play in this year’s NBA All-Star Celebrity Game at Madison Square Garden.

The 5-foot-9 guard was the third overall selection by Tulsa in the 2013 WNBA Draft out of Notre Dame.

2. She Was in The 2014 Sports Illustrated Swimsuit Issue 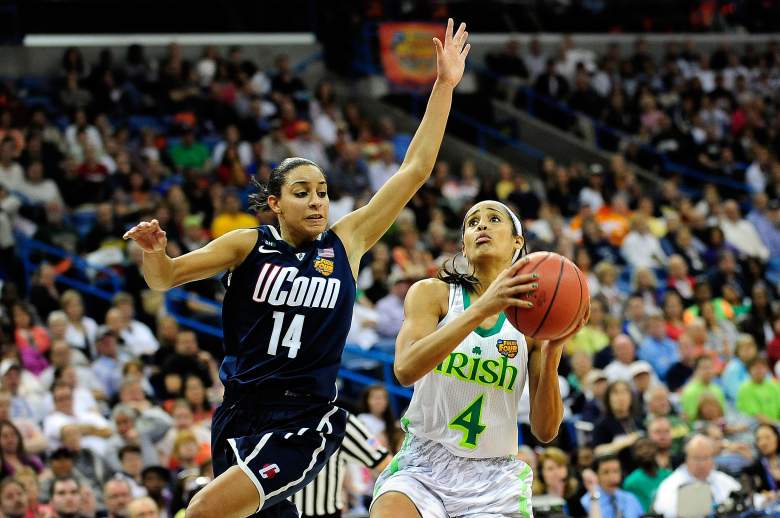 Diggins graced the pages of the Sports Illustrated Swimsuit Issue in 2014.

She has also been in Vogue.

It’s not going to be last time she’ll be featured in a worldwide magazine.

When Diggins was a senior at Notre Dame, she received a call from Jay-Z, owner of Roc Nation Sports.

We just talked for 20 minutes. He was the most down-to-earth guy ever … it didn’t take a lot. He didn’t have to convince me. Everything he touches turns to gold and it was a lot of talk about Roc Nation and him joining the sports agency sector. Like I said how do you say no to that?

You don’t make much money in the WNBA compared to leagues around the world. If you’re good enough, you can make millions overseas. Her maximum WNBA contract is around $105,000.

The 6-foot-4 former wide receiver became the center of a little controversy last summer when rapper Drake posted a number of photos of Diggins to his Instagram account. That didn’t sit well with Smith. Smith posted a photo of the couple and directed it at Drake. Drake responded by posting a photo of himself wearing a Diggins shirt.

Drake was the host of last year’s ESPYs. See the above clip of what went down.

OK then. Drama over. Smith got the girl.

5. Diggins Is All Over Social Media 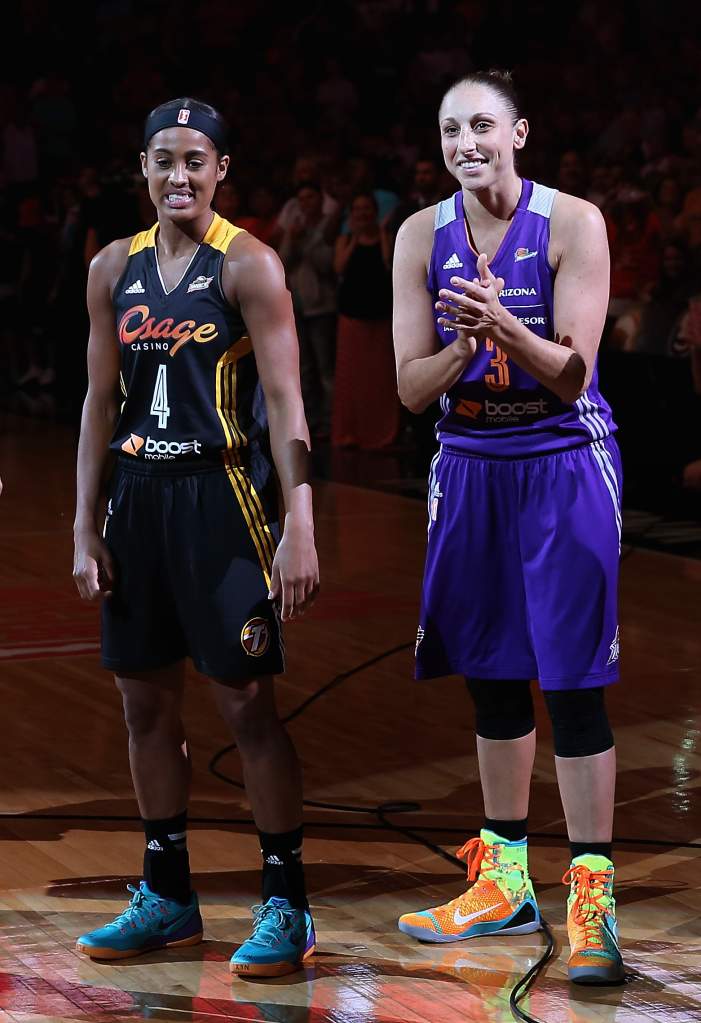 With 758,000 followers on Instagram and another 562k on Twitter, you could say Diggins is a popular lady.

She gives a peek into her live you don’t get to see when she’s on the court.