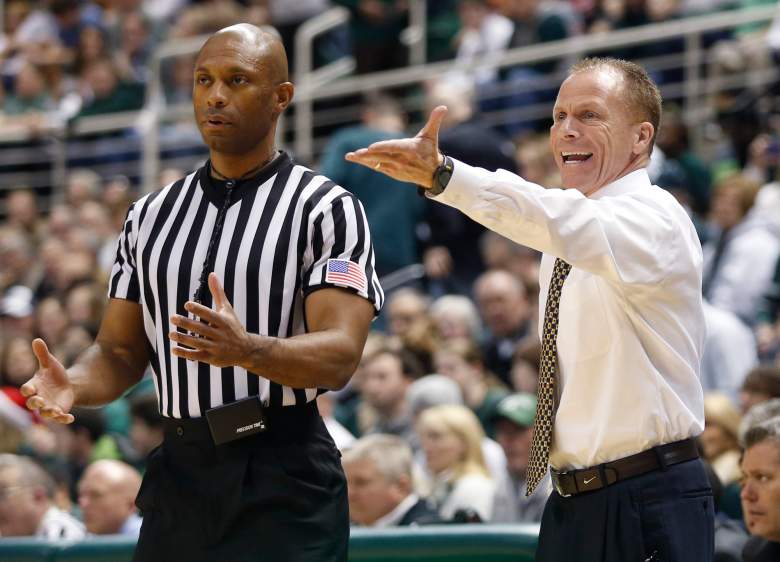 Matthew Driscoll is the effervescent head coach of the University of North Florida men’s basketball team. The 50-year-old Pittsburgh native has the Ospreys (23-11) in the NCAA Tournament for the first time after winning the Atlantic Sun Conference title.

Driscoll is a fun-loving family man whose oldest son Chase is a member of the North Florida basketball team and his wife coaches the school’s cheerleading squad. After more than a decade as an assistant coach, Driscoll has become a media darling.

The Ospreys take on Robert Morris in the First Four March 18 at 6:40 p.m. ET on TruTV and live online.

Here’s everything you need to know about their lovable head coach: 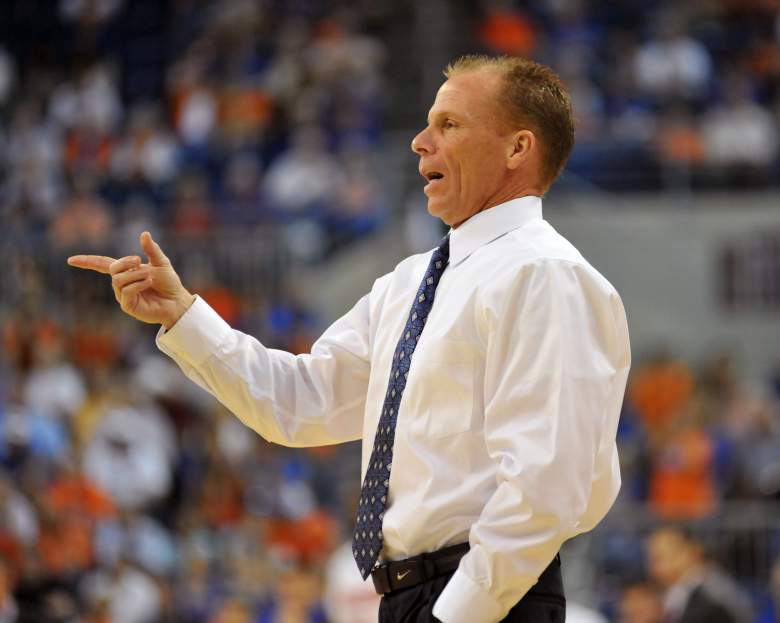 He began his coaching career at Northgate High School in Pittsburgh from 1988-1990 before working his way up to the college ranks. Driscoll was an assistant coach at Butler County Community College (1990-91), Seneca Valley High School (1991-92), Slippery Rock (1992-93) and was the head coach at LaRoche College from 1993-97.

His record at North Florida since taking the job six years ago is 96-98 (.495). Driscoll was named the Atlantic Sun Coach of the Year this season and the Ospreys won the conference championship for the first time under his watch. 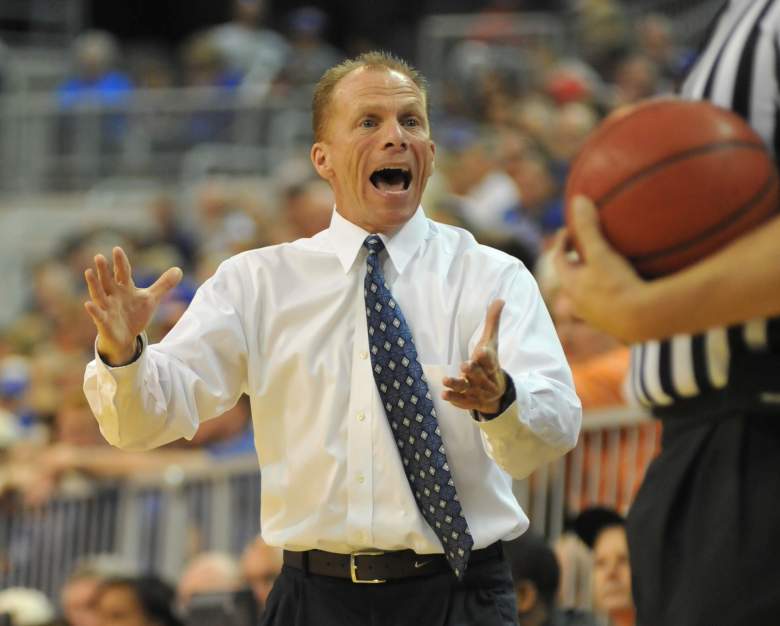 While some NCAA basketball coaches rake in millions, Driscoll is on the low end of the salary spectrum. Last year, he made $165,000 at North Florida, which is located in Jacksonville and has an undergraduate enrollment of 14,263. 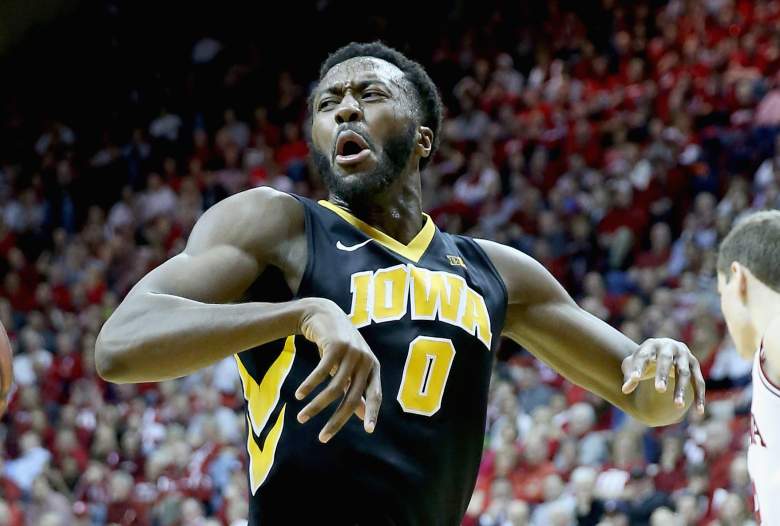 Following a loss to Iowa in December, Driscoll made headlines when he psychoanalyzed Hawkeyes players to the local media. Without being asked about it, Driscoll launched into the type of analysis of an opponent you rarely see in sports.

According to HawkCentral.com, here’s what Driscoll told the assembled media after losing to the Hawkeyes 80-70 on December 22:

“Here’s your problem with your guys. They get down when they miss a shot … Your guys have to get a little bit thicker skin and understand, ‘I’m going to miss some shots. But I can’t let it affect the next one.'”

It’s not like he ripped Iowa’s players. Driscoll ended his impromptu analysis by saying “I think you guys are dangerous.” 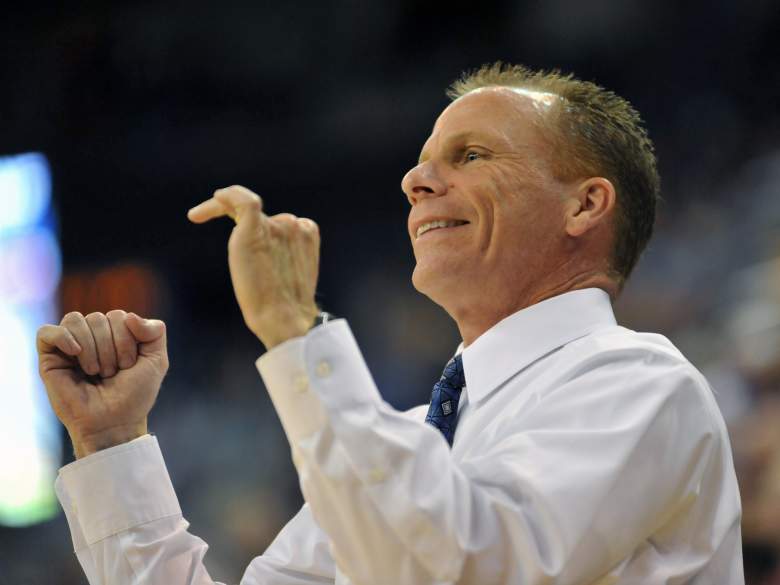 Driscoll grew up outside Pittsburgh the youngest of one of five brothers. Their dad, John, was a hard-working tough guy who drove a bread truck and, according to Matthew, was not very affectionate. His older brothers frequently fought with their dad and fell into some bad crowds.

“My brothers were really into drugs and drinking, especially Chris and Dickie,” Driscoll told Jacksonville.com. “The others were weed guys, but Chris and Dickie were into hard-core drugs. My Dad didn’t put up with any crap. Depending on how old you were, [his punishment of choice] was going to be a belt. He had a lot of those hanging on doors at the house.”

While he was in college, Matthew’s older brother Dickie, 27 at the time, shot and killed himself with a shotgun on the steps of Northgate High School. Driscoll has told reporters that details of why his brother killed himself are hazy, but it may have been because of a breakup with a girl Dickie had been dating.

The suicide shaped Driscoll and has made him a more compassionate person and coach, his players have said.

5. Driscoll’s Family is a Big Part of the North Florida Program 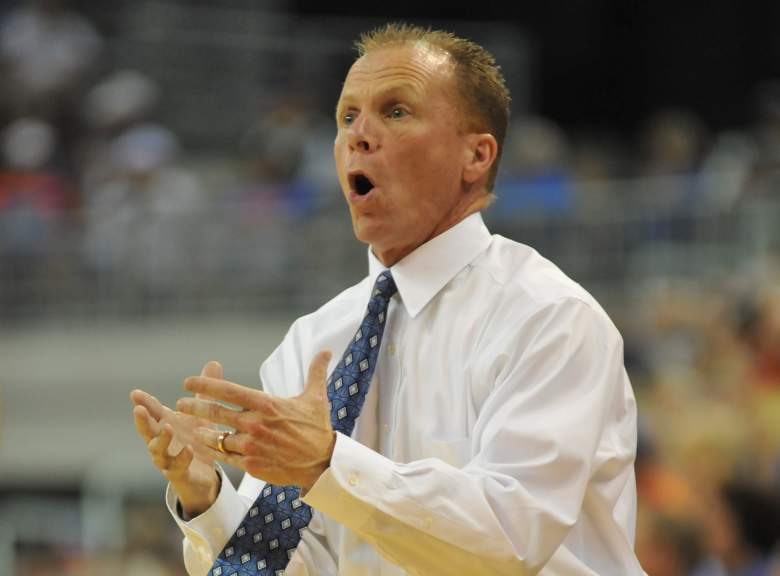 Driscoll places a heavy emphasis on family at North Florida. His oldest son Chase is a freshman guard for the Ospreys, his wife Carrie is the school’s cheerleading coach, and his youngest boy Paxton has been a fixture in the locker room all season.

“In order to be successful at this level, you gotta have a family that understands,” Matthew Driscoll said this week. “And I was a bad, bad father. I was a bad father, because I wasn’t there the way I should have been. I thought the profession was more important than my children. I’ve neglected my wife. And they stuck by me. They hung with me. And they understood and then I, praise God, by the grace of God because God’s in my heart, as I got older and wiser and listened to more wiser people, I learned and I understood that it’s way, way, way bigger than me. And it’s much, much more important to me to know that family is the most critical thing there is.”