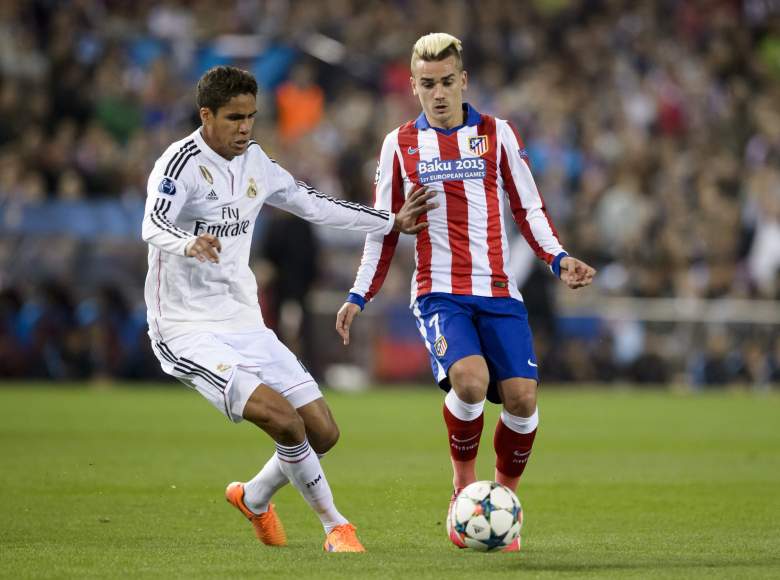 Atletico and Real Madrid battled to a goalless draw at the Vicente Calderon Stadium on Tuesday. (Getty)

There’s still all to play for between arch rivals as Real Madrid and Athletic Madrid played out a 0-0 draw in the first leg of their Champions League quarterfinal on Tuesday night at the Vicente Calderon Stadium. The home side had goalie Jan Oblak to thank for the game being scoreless at halftime with a string of fine saves, but the game evened out in the second half with little in the way of quality chances.

Atletico extended its unbeaten streak to seven in the series (all this season), the longest streak they’ve enjoyed in the history of the fixture. Atletico also haven’t conceded in over 700 minutes at home in the champions league.

The second leg will be at the Santiago Bernabeu on Wednesday, April 22nd. Marcelo and Mario Saurez each received yellow cards that will result in suspension for the second leg.

Read on for a full roundup.

Gareth Bale had a great chance to give Real Madrid an early lead, but Atletico’s Slovenian goalie Jan Oblak made an excellent stop.

Another great chance for Real Madrid to open the scoring, but Oblak denies another Galactico attacker.

Early in the second half, Sergio Ramos and Mandzukic clashed in the air, leaving Manduzkic bloody and not pleased.

Atletico have won four and drawn two of the meetings between the teams this year in all competitions. This is in stark contrast to the history between the two teams, as Real Madrid have won 85, drawn 33 and lost 38 of the 156 La Liga meetings.
Despite losing many of its top players in last summer’s transfer window, Atletico Madrid and outstanding manager Diego Simeone has his team back in the Champions League quarterfinals for a second straight season. 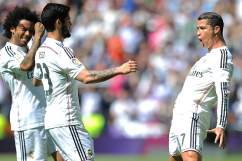