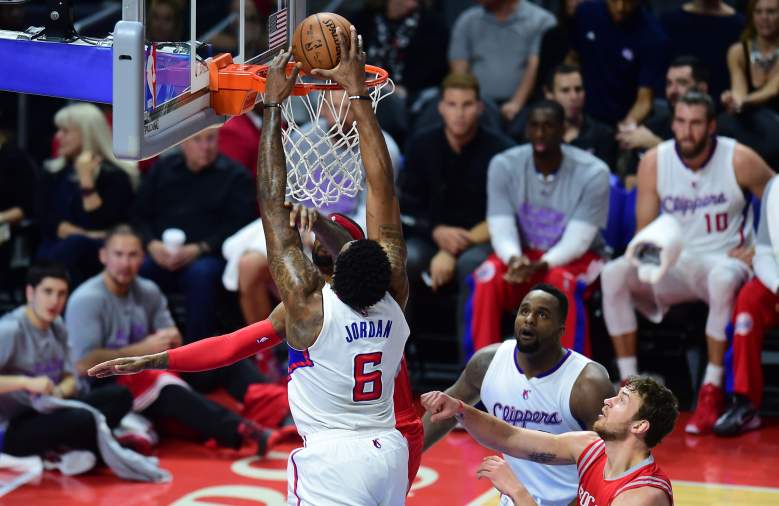 In the waning seconds of Tuesday night’s pivotal Game 5 in the first-round series between the San Antonio Spurs and Los Angeles, a crucial call went against the Clippers, which directly cost them the game.

With just under :07 remaining in the game, Blake Griffin received an in-bound pass and then scattered to the hoop, putting up a floater. Initially, the ball appeared to be coming out, but then the ball appeared to be going in. As the ball was above the cylinder, Clippers center DeAndre Jordan made contact with the ball with the tip of his finger, slightly adjusting the rotation of the ball.

Here is the play in real time as it aired:

Here is a slow-motion replay of the ball as its above the cylinder — Reggie Miller takes note immediately that the ball was interfered with by Jordan:

The refs blew the play dead and called offensive goaltending, which is when an offensive player help guides the ball into the basket while it is still above the cylinder. In this instance, Jordan made contact with the ball that looked like it was going in anyway.

The Spurs made three free throws late, and won the game 111-107 to take a 3-2 series lead heading back to San Antonio for Game 6.