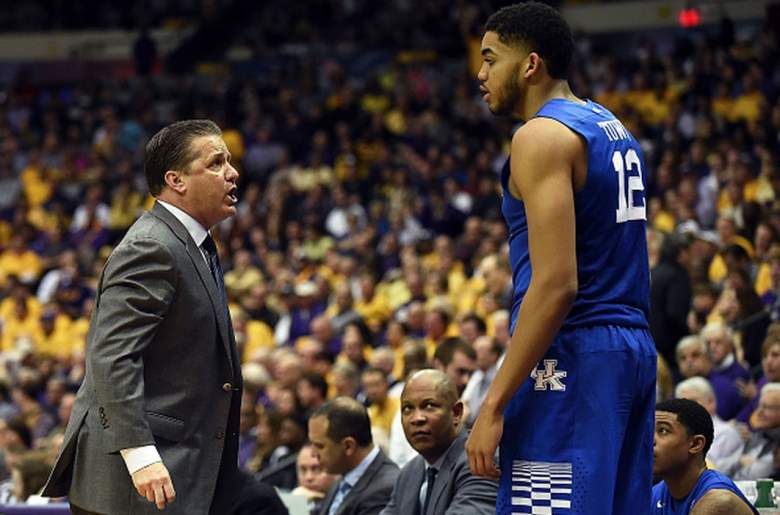 When you stand 6-foot-2 most would not consider you short by any means. But when you’re only as tall or taller than four of your 16 players, people start to wonder just how tall you are.

For John Calipari this is the case. It’s often wondered just how tall the 56-year-old Kentucky head coach is. And believe it or not, he is above the 6-foot mark – coming in at 6-foot-2.

But the reason Calipari looks so small is because the average height of his starting five is 6-foot-9. While his bench helps him out a bit – average height of non-starters is just over 6-foot-3 – Calipari is dwarfed when his team huddles around him or when he’s having a one-on-one conversation with one of his starters. 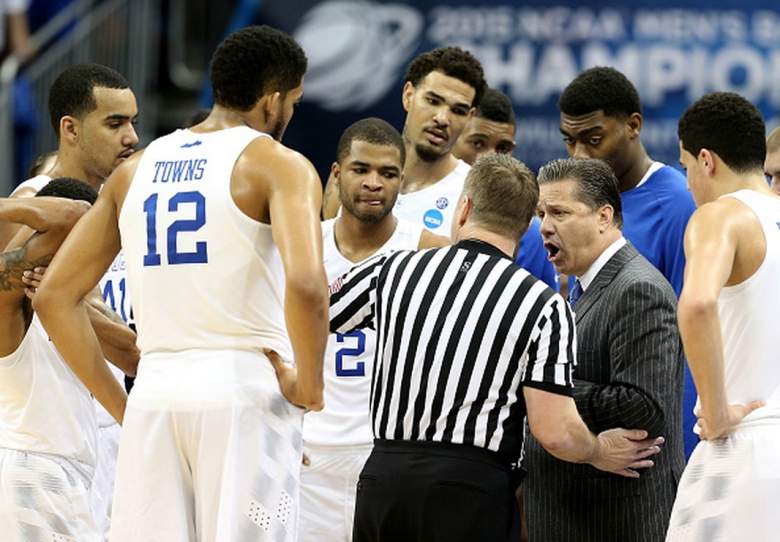 Kentucky head coach John Calipari talks to a referee after a technical foul is called on Aaron Harrison during the 2015 NCAA Men’s Basketball Tournament. (Getty)

While Calipari may stand more than a half-foot shorter than the majority of his players, he does stand taller than two of the other coaches in this year’s Final Four – Duke’s Mike Krzyzewski, 5-foot-10, and Tom Izzo, 5-foot-9.

And as Calipari physically stands taller than the rest, we’ll have to wait until Monday, April 6 to see if he and his Wildcats squad will be standing taller than the others as 2015 National Champions.