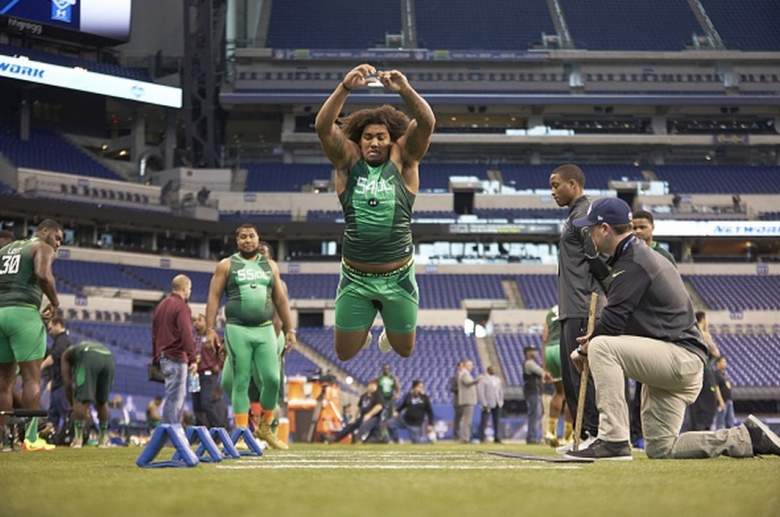 Some say “the bigger, the better” and for a 2015 NFL Draft prospect in the defensive end class, this rings true. For USC junior Leonard Williams, he’s knows this all too well.

The 6-foot-4, 302-pound DE is not only leading the way as one of the top selections for his position, but also overall for the draft.

Here’s what you need to know about Williams:

1. He Was USC’s MVP and Defensive Lineman of the Year 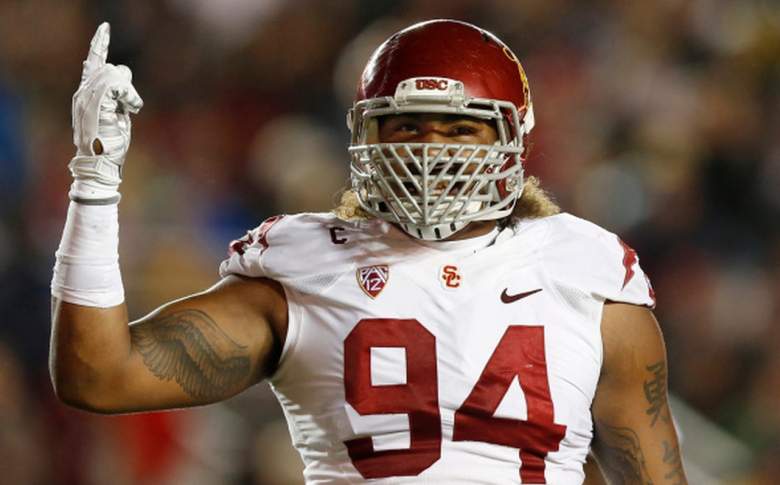 In 2014, Williams, who was one of five captains selected by his USC teammates, had 80 total tackles, 9.5 tackles for loss, seven sacks, one interception and forced three fumbles. Following his solid defensive performance, he was selected as USC’s Most Valuable Player and Defensive Lineman of the Year. Williams was also named a first-team All-Pac-12 selection and an All-American. He was a finalist for the Hendricks Award and a semifinalist for the Lombardi Award, Bednarik Award and Lott IMPACT Trophy.

Last year, despite being bothered by a shoulder injury, Williams was named USC’s Defensive Lineman of the Year, first-team All-Pac-12 selection and an All-American. And in 2012, he was named Pac-12 Defensive Freshman of the Year.

And his talents extend off the gridiron as Williams has some of his artwork displayed at the 2013 and 2014 “Artletics” on-campus exhibits. These exhibits featured the works of USC student-athletes.

According to ESPN, Williams is projected to go as the third pick in the first round.

If that is the case, the 6-foot-4 defensive end would be heading back to his old stomping grounds of Florida as he would join the Jacksonville Jaguars organization. According to NFL.com, the NFC Director of Scouting described Williams as:

You can’t over-think this one. It doesn’t matter how raw he is because he’s got freakish qualities that are rare for men his size. I think he has a chance to be as good as Kevin Williams. That’s his comp.

3. He Posted a Picture of Himself in a Raiders Uniform on Instagram 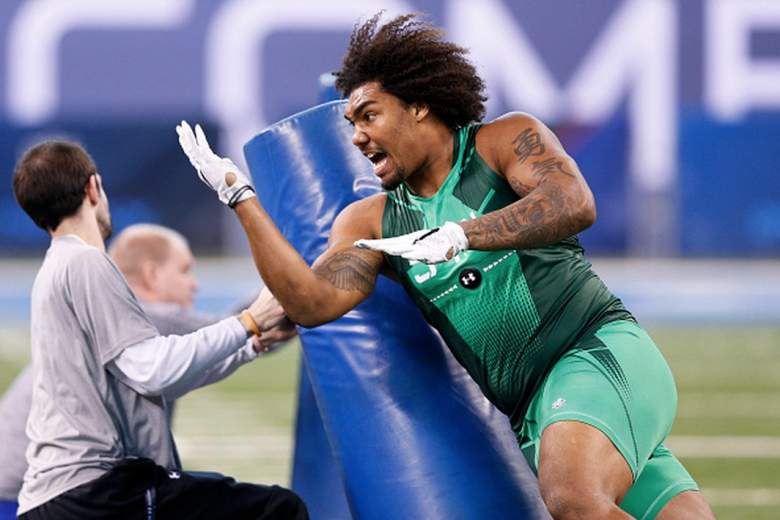 Back in December 2014, shortly following his announcement to go pro, Williams took to social media with an interesting post. He shared a picture of himself in a Oakland Raiders uniform with the caption, “#raidernation best fans”. 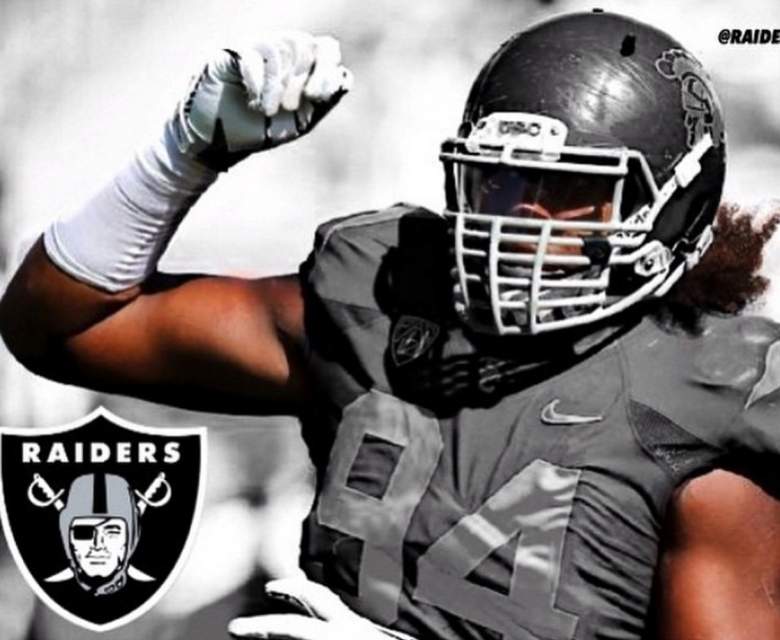 While Williams’ post received 4,209 likes on Instagram, the Raiders have the No. 4 pick in the draft – so the only chance this picture would become true is if his projection of being selected with the No. 3 pick by the Jaguars did not happen. I guess we shall wait and see.

4. He Was Raised by His Mom 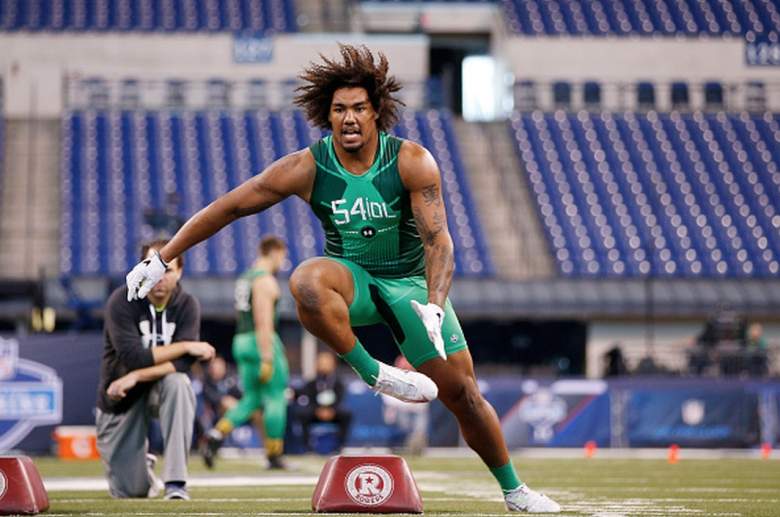 Williams’ story is one that can pull on the heart strings of many. Although he was named as a Super Prep All-American and Prep Star All-American following his senior high school season, his family life was filled with trials.

He is the middle child of five born to Aviva Russek. According to the OC Register, Russek has spent most of the past decade supporting and caring for her children alone because Williams’ father, Clenon, is behind bars. He is an inmate at the Marion Work Camp in Lowell, Florida and serving time for multiple offenses, including robbery with a deadly weapon. He is set to release on October 2, 2019.

With money being tight, Russek, Williams and the other four children lived in homeless shelters and motels to get by. Williams’ brother Nate, the oldest of the five, told the OC Register they got through these tough times with help from something intangible:

Just love. Our family loves each other. We say we love each other every day, 10 times a day.

So the decision to declare for the draft was one that weighed on Williams and one in which he viewed the opportunity of helping his family with whatever contract he receives.

5. He Has a Daughter 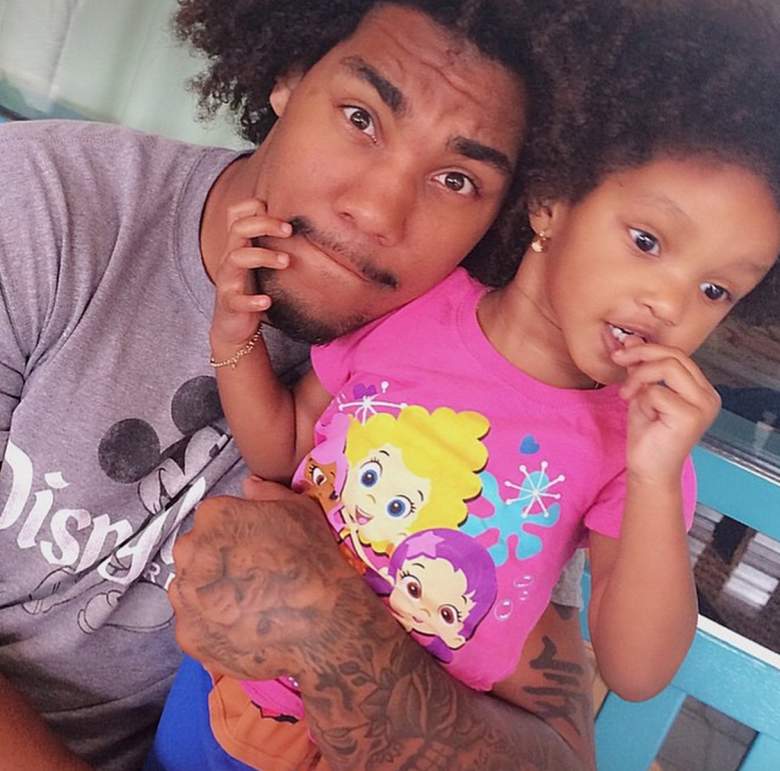 Williams has a 2-year-old daughter named Leana. He posts several pictures of her on his Instagram – most of which contain captions that talk about how fast she’s growing. 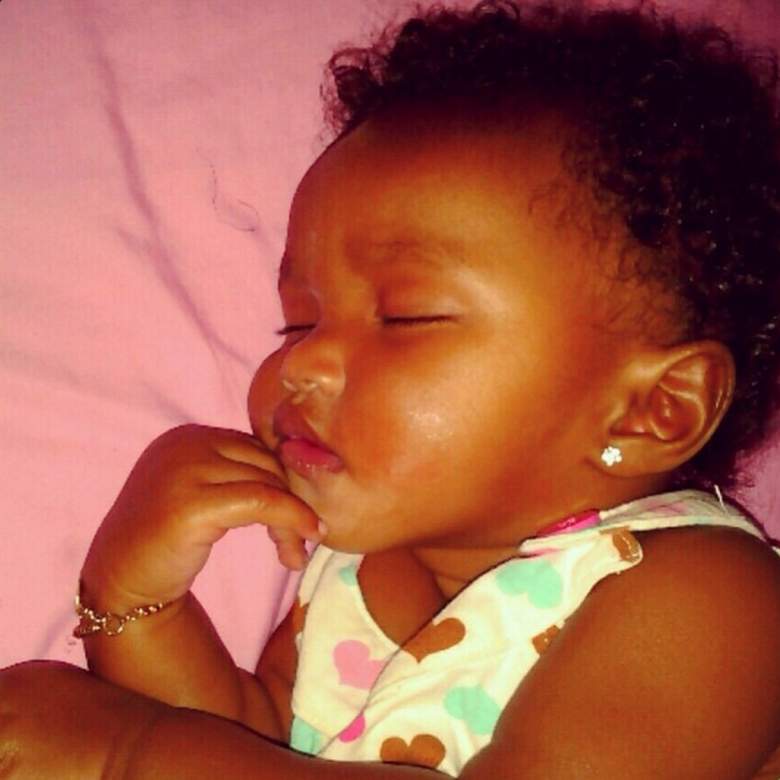