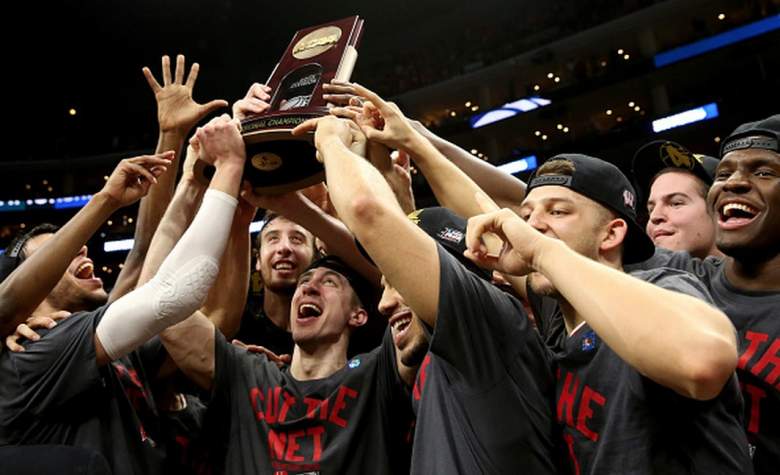 Wisconsin Badgers team after winning the Elite Eight in the 2015 NCAA Tournament. (Getty)

Well the Final Four is set for the NCAA Tournament. The field of 68 was announced on Sunday, March 15, and two weeks later just four teams – No. 1 Kentucky, No. 1 Wisconsin, No. 7 Michigan State and No. 1 Duke – remain.

It is just the fifth time in NCAA Tournament history that at least three No. 1 seeds reached the Final Four. The only time all four No. 1 seeds survived was in 2008. And this year is just the third-straight season one conference has had two teams in the Final Four as both Wisconsin and Michigan State come from the Big Ten.

The two games that will determine the national championship contenders will take place on Saturday, April 4. The first of those will be No. 1 Duke against an unexpected No. 7 Michigan State squad. And the second game will be a rematch from a year ago between No. 1 Kentucky – still unbeaten – and No. 1 Wisconsin.

Keep it here to see which two of the four will move on to compete for the coveted national championship trophy.

We’ll be updating the bracket throughout the tournament as the games progress. In the meantime, here’s all the info you need including a printable bracket and full schedule complete with times, TV channels and broadcasters: 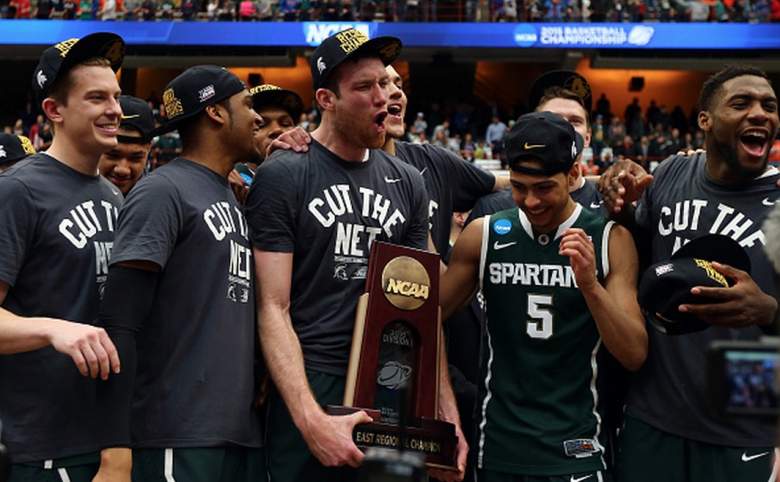 Read More
ACC, Basketball, Big Ten, College Basketball, Kentucky Basketball, March Madness 2015, Mike Krzyzewski
From 68 to the Final Four. Get to know the matchups between No. 1 Duke vs. No. 7 Michigan State and No. 1 Kentucky vs. No. 1 Wisconsin.