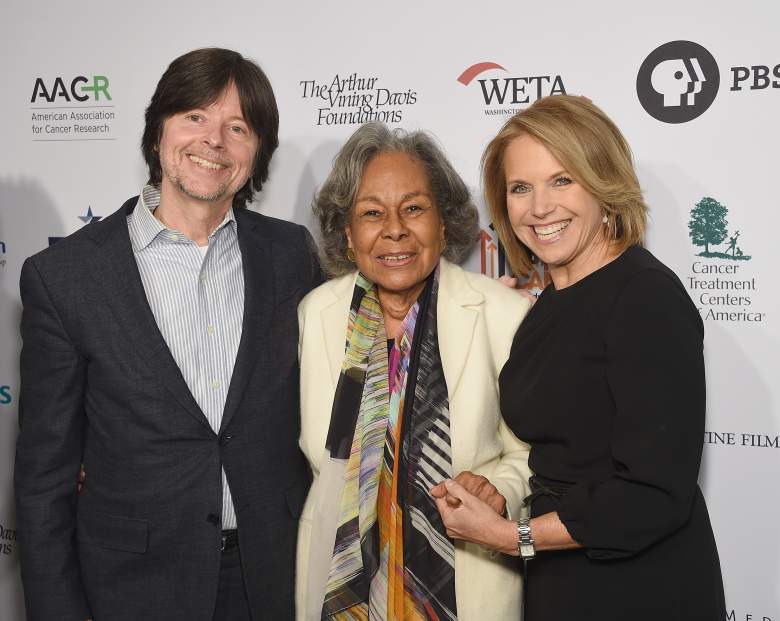 Rachel Robinson is the widow of former Major League Baseball player Jackie Robinson — the first African-American baseball player to play in the major leagues, thereby breaking the color barrier — and was born on July 19th, 1922.

The 92-year-old Robinson throughout the course of her life has been every bit as instrumental at continuing to build further upon an already enormous legacy that her husband left with his death in 1972. In addition to continuing to fight for civil rights, Rachel has been a business leader, an activist, a professor, a nurse, and a dedicated family woman.

Jackie Robinson Day is celebrated every year on April 15th — the date of Jackie’s first game — by Major League Baseball, but Rachel has become such an extension of the MLB family in recent years that the day has gone from being about honoring Jackie through her to an extension of honoring her, too.

Here is what you need to know about Mrs. Robinson: 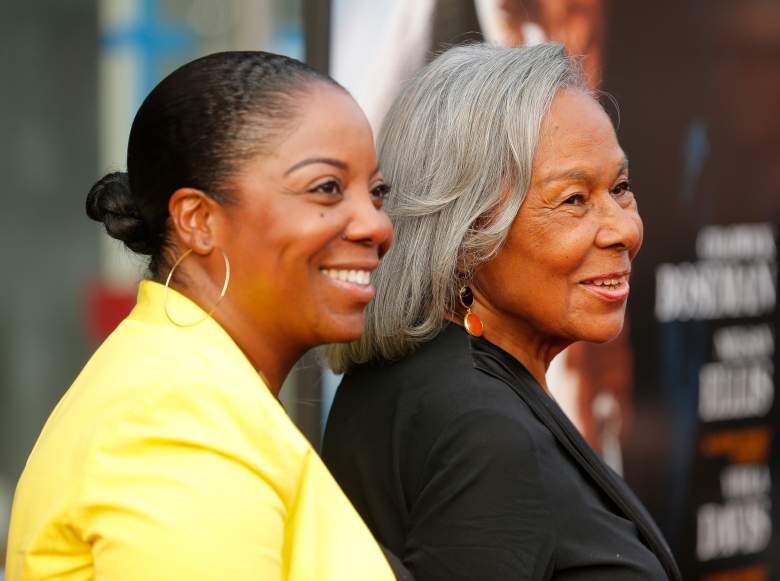 Jackie Robinson and his future wife Rachel met at the University of California Los Angeles (UCLA) in 1941. The couple married five years later in 1946, shortly after World War II.

After Robinson’s retirement, she pursued a nursing career, eventually becoming an Assistant Professor at Yale School of Nursing, and later, the Director of Nursing at the Connecticut Mental Health Center. In 2009, Rachel was awarded UCLA’ highest honor, the UCLA Medal, which was presented to her by Chancellor Gene Block and Athletic Director Dan Guerrero. Rachel dedicated her life to the betterment of those around her, epitomizing what her husband stood for:

A psychiatric nurse by training who built a successful career as a researcher at the Albert Einstein College of Medicine, a director of nursing for a mental health center and an assistant professor at Yale School of Nursing, Rachel Robinson was determined to “pull myself out of that deep hole” to push Jack’s legacy forward.

Robinson accepted the Congressional Medal of Honor from former President George W. Bush on behalf of Jackie Robinson in 2005.

2. Rachel Is a Devout Family Woman Who Used Traumatic Experiences to Motivate Her 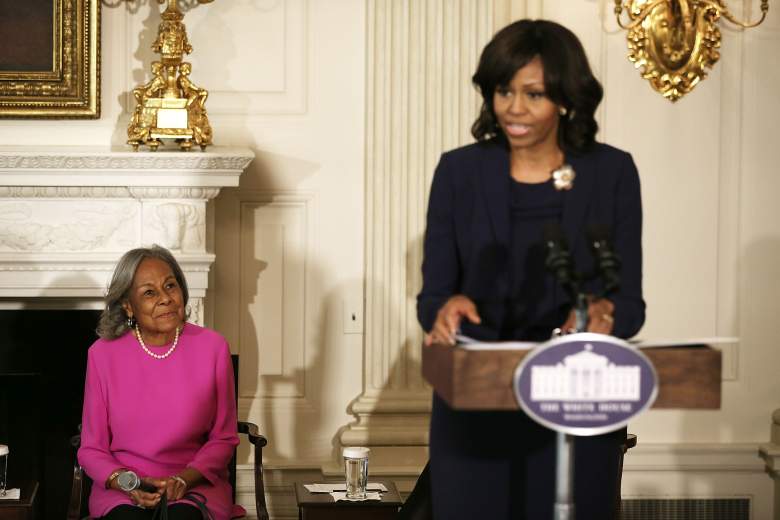 Shortly after they met at UCLA, Robinson proposed to her, but due to circumstances — Jackie was drafted into the Army and Robinson decided to finish her schooling — they didn’t officially marry until several years later. Together the couple had three children: their first son Jackie Robinson, Jr. who was born in November 1946, their daughter Sharon and their second son David.

Her husband didn’t just break the color barrier for baseball, but was the catalyst that started breaking the color barrier in more aspects of America’s society. After 1947, Rachel and Jackie remained active in battling for civil rights and, specifically Rachel, was involved in several demonstrations and marches with Dr. Martin Luther King Jr. during the 1960s.

In a span of a few years in the early 1970s, Rachel lost her son Jackie Jr. to a car accident (1971), Jackie Sr. to a heart attack (1972) and her mother (1973). Rachel used the losses as motivation to continue finding ways to help better African-American families at home. 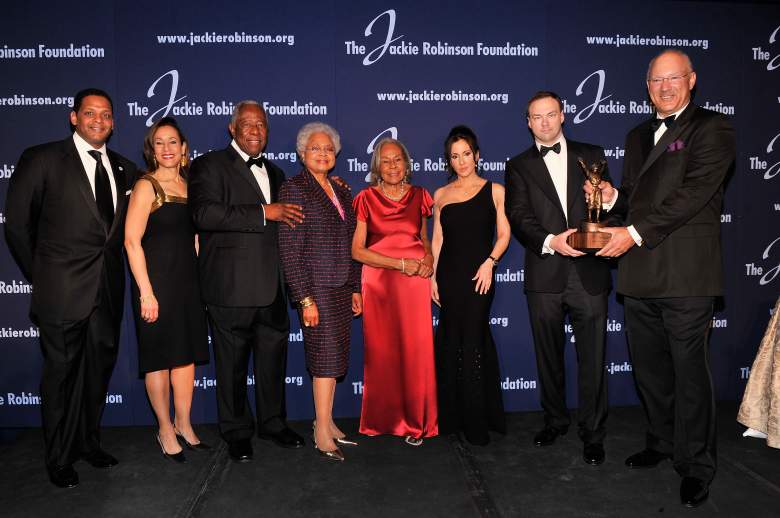 Rachel decided to try and better families from attacking the problem from two angles: their environment and in the classrom.

The Jackie Robinson Foundation is a not-for-profit organization that provides four–year college scholarships in conjunction with a comprehensive set of skills, leading to opportunities for disadvantaged students of color to develop their leadership potential. The JRF enrolls 250 students in the program annually, and has had many years of success and experience with a diverse minority student population. The program’s goal is to take students who normally wouldn’t think about advancing their education and giving them the platform to do so.

4. Rachel Has Been Instrumental in Growing Jackie Robinson Day 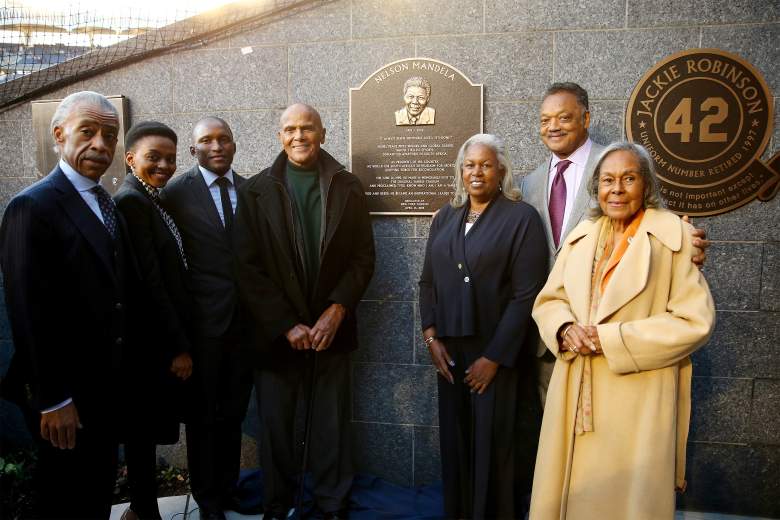 In attendance was also former President Bill Clinton, who spoke on the social progress that the U.S. had made in the 50 years up until that point.

On the 60th anniversary of her husband breaking the color barrier, Rachel was awarded the Commissioner’s Historic Achievement Award by former MLB Commissioner Bud Selig in 2007. Each year on April 15th, Rachel remains involved in participating in the day in some capacity that continues to celebrate her husband’s legacy. 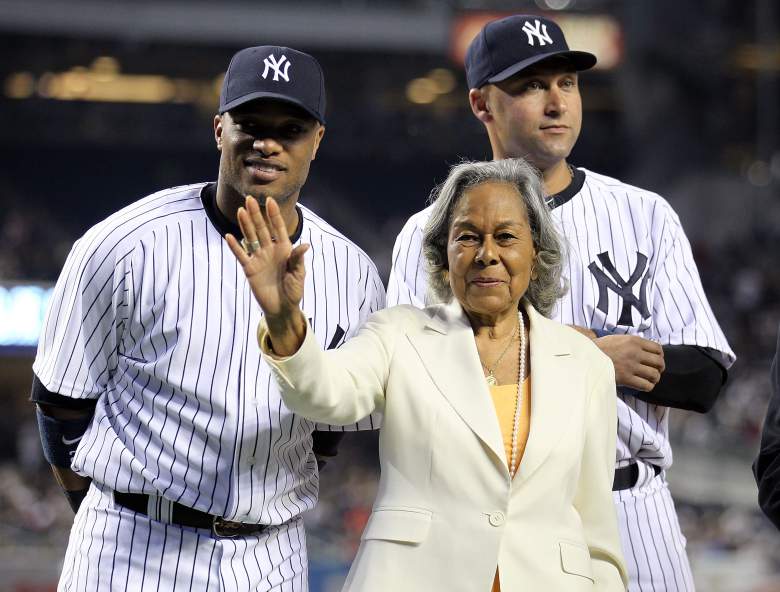 In 2013, Warner Bros. released the movie 42 – The Jackie Robinson Story, a biographical movie based on the real life events of Robinson, written and directed by Oscar-winning writer-director Brian Helgeland. In the movie, Nicole Beharie, most known for her theatrical debut in American Violet and television series Sleepy Hollow, portrayed Rachel Robinson in the film.

Rachel was moved by the emotion the film makers were able to depict on-screen; her favorite moments throughout the film were when her and Jackie kissed because of the reality of the story.