Lucas Matthysse narrowly outpointed a bloody-faced Ruslan Provodnikov in a hard-fought battle on Saturday in front of 4,500 fans at Turning Stone Resort Casino in Verona, New York. Watch the complete fight at the bottom of this post.

The action of the night shifted between the center of the ring, where the boys squared off at arm’s distance, and along the perimeter, with the Argentine working the edges and Provodnikov stalking from the middle.

Provodnikov came out at the opening bell stalking and pressuring the Argentine, and trying to unload immediately with big shots; while Matthysse used his jab and fancy footwork to control the distance and dictate the action. Provodnikov brought out the combinations and started scoring as the fight settled into its rhythm in the middle rounds, and Matthysse continued to effectively employ his jab.

Watch Matthysse’s virtuosic use of the jab:

Despite Provodnikov coming on in the second half of the encounter and taking the later rounds, Matthysse built up enough of a lead in the earlier installments to squeak by with as close of a win as possible.

I want to say I'm sorry to all my fans! I lost tonight, and I felt like I could've won this fight. I… https://t.co/k9PgUQ0J5y

“He was the hardest puncher that I have ever faced,” Provodnikov told HBO’s Jim Lampley after the fight.

Prior to Saturday’s fight, Ruslan (24-4, with 17 KOs) was in action with a knockout win over veteran Jose Luis Castillo in November 2014. That fight followed Provodnikov’s upset defeat to then-unknown Chris Algieri in May of that year.

Provodnikov’s vicious battle versus Timothy Bradley in 2013 was voted ‘Fight of the Year’ and put the “Siberian Rocky” on many observers’ must-watch lists. The 31-year-old’s high-pressure, come-forward style has garnered the Russian mauler a loyal blood-thirsty fan following, while his resilience and power has won him the respect of his adversaries.

Lucas ‘La Máquina’ Matthysse (37-3, with 34 KOs) entered Saturday’s fight coming off back-to-back wins over Robert Ortiz and John Molina Jr. Prior to that, the 32-year-old Argentine suffered one of his three losses, to super lightweight champ Danny Garcia in September 2013.

With the win, Matthysse, will keep chugging along in the light welterweight rankings. ‘La Máquina’ has been eagerly vying for a rematch against conqueror Danny Garcia. But after Danny ‘s recent, sub-par display against a fleet-footed Lamont Peterson, the Garcia team is not likely to go up against a wrecking machine like Matthysse.

Nice thought. But most likely, fans will next see Matthysse in the ring against the winner of Saturdays’s co-feature, undefeated WBO World lightweight and WBO World super lightweight title holder Terence Crawford.

Provodnikov and his fans were hoping to put the Algieri loss behind them with a victory on Saturday. But despite an honest night’s work, the plodding Rusky may still have to impress against lower ranked tops-10’ers before getting another shot at a world title. Could an eventual face off against Matthysse’s Argentine compatriot Marcos Maidana possibly be in the future? The mobs could only hope as much.

It will be interesting to see who has the cojones to take on either man after Saturday’s masterclass on mugging. 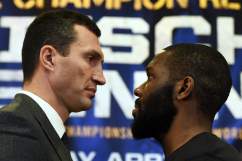 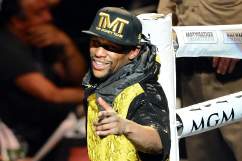 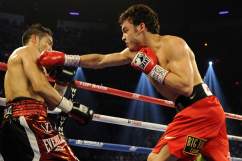 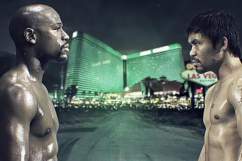 Read More
Boxing, HBO
Lucas Matthysse narrowly outpoints Ruslan Provodnikov in a hard-fough battle. We have your result and highlights.