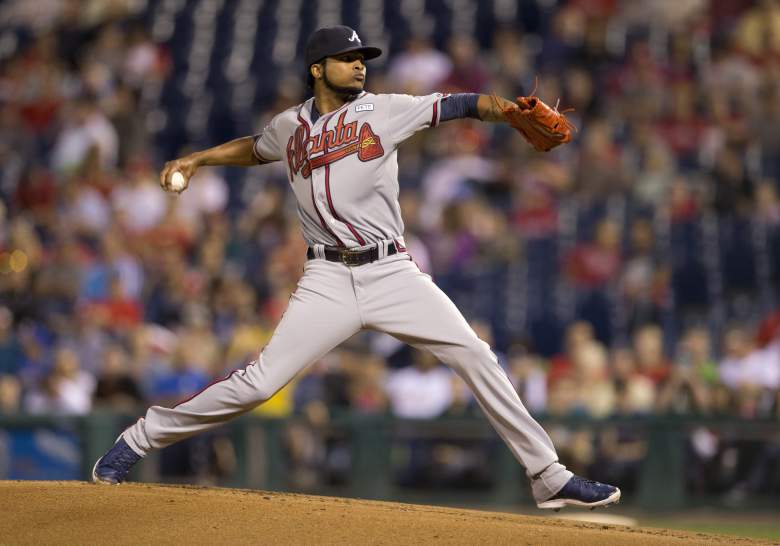 Ervin Santana was suspended 80 games for PED use. (Getty)

Minnesota Twins pitcher Ervin Santana who signed a four-year, $55 million contract with the team in the offseason tested positive for using the drug Stanozolol and in compliance with Major League Baseball’s Drug Policy was suspended for 80 games. Eight days later, New York Mets relief pitcher Jenrry Mejia also tested positive for the drug and was also suspended for 80 games.

So, what is Stanozolol exactly? Stanzolol is a man-made steroid, similar to the a naturally occurring steroid testosterone. It is on the league’s banned substances list.

Although Twitter was having fun with the name of the drug, it is no laughing matter and is regularly is still regularly used by athletes.

Here else is what you need to know about the drug (all related drug information in this article comes from drugs.com):

1. The Drug Has Multiple Uses & is Taken Daily 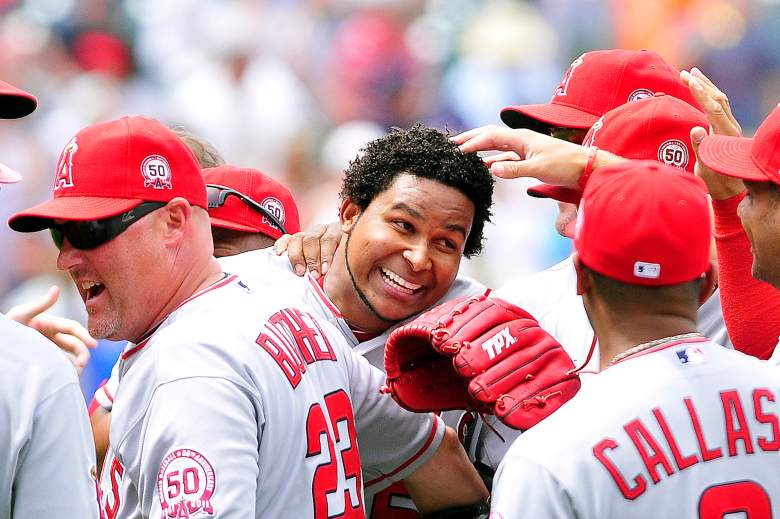 Santana was once a member of the Los Angels in and threw a no-hitter in July 2011. (Getty)

Stanozolol is used in the treatment of hereditary angioedema, which causes episodes of swelling of the face, extremities, genitals, bowel wall, and throat. Stanozolol may decrease the frequency and severity of these attacks. It also has multiple benefits as well:

Had convo w/ a drug/sports expert: Stanozolol is nothing new-been around for a while. It improves muscle growth/increased red blood cells.

The drug is usually taken daily as directed by a doctor and can usually be consumed with food and water.

2. Stanozolol Has Noticeable Side Effects 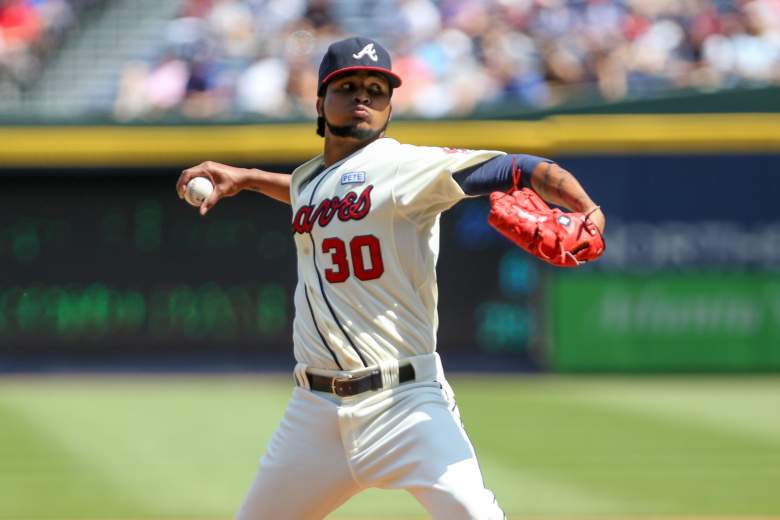 Like any drug, an appointment should be made with a doctor before to discuss potential health complications.

3. Santana Claims He Took the Drug in his Home Country 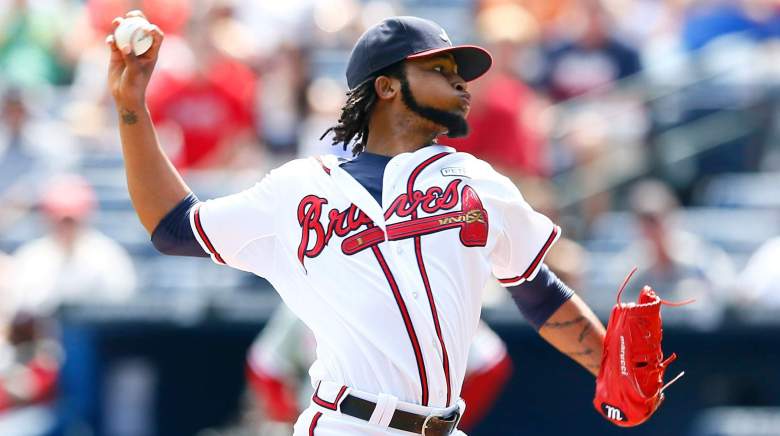 In a statement, Santana admitted to unknowingly using the drug back in his native country of the Dominican Republic:

I serve as a role model for many kids in my home country who dream of playing at the highest level. I would never put baseball, my family, or my country in a position where its integrity is jeopardized. I preach hard work, and don’t believe in short cuts. I am very disappointed that I tested positive for a performance enhancing drug. I am frustrated that I can’t pinpoint how the substance in question entered my body.

Moving forward, I need to be more careful on what I consume in my home country, I will be more vigilant of medications I take so that I don’t commit another mistake. Having said that, I believe it is best to move forward and accept the punishment that has been negotiated by MLB and MLBPA for my positive PED test.

My deepest apologies to my family, fans, colleagues, teammates and my current employer the Minnesota Twins. All I can do now is continue to work hard, and when the suspension is up, come back to doing what I love.

4. Rafael Palmeiro Was Suspended for Stanozolol Use in 2005 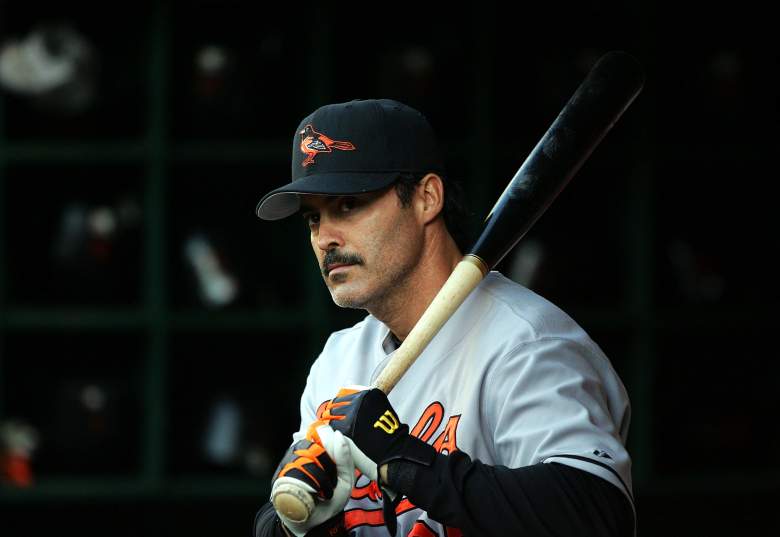 Rafael Palmeiro was suspended for 10 games in 2005 for testing positive for Stanozolol. (Getty)

In August 2005, Rafael Palmeiro was suspended for using the drug, an incident that damaged his reputation so much, he has not fully recovered from it since even after almost 10 years.

Stanozolol is old-school steroid. Not sure what's behind resurgence, but David Rollins, Arodys Vizcaino and Ervin Santana all popped for it.

In fact, this year alone there were three players — including Atlanta Braves pitcher Arodys Vizcaino and all in the last few weeks — who were suspended for using the drug that was used years ago when MLB’s drug policy was more lenient and forgetful.

5. The Drug Is Particularly Attractive to Athletes 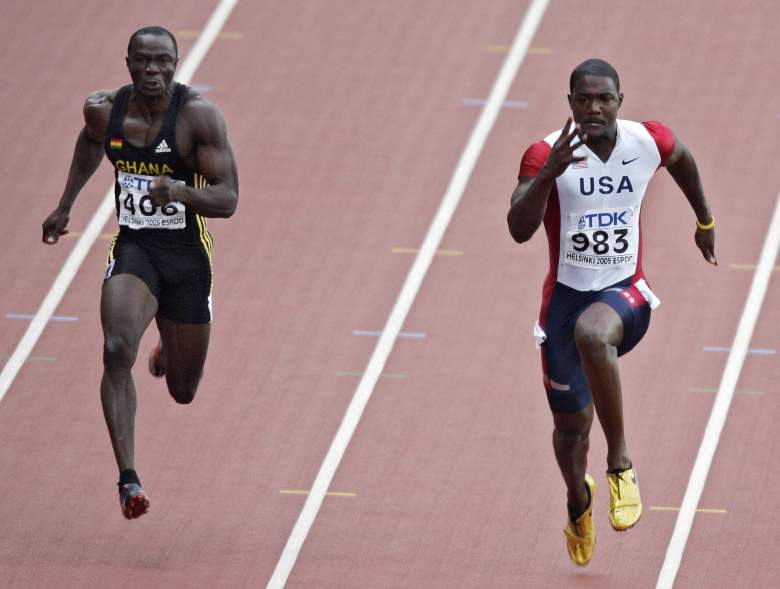 Stanozolol may also be a muscle-building anabolic steroid, and is particularly attractive to athletes. Doctors have maintained that for athletes to use the drug is crazy.

Despite the drug building muscle, and thus, resistance to injury, it is easy to detect, especially with how frequently professional sports leagues have implemented drug-testing policies in the last 10 years. Specifically in MLB.

Some, though, are not supportive of the harsh suspensions for drug use: 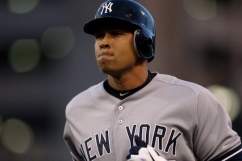