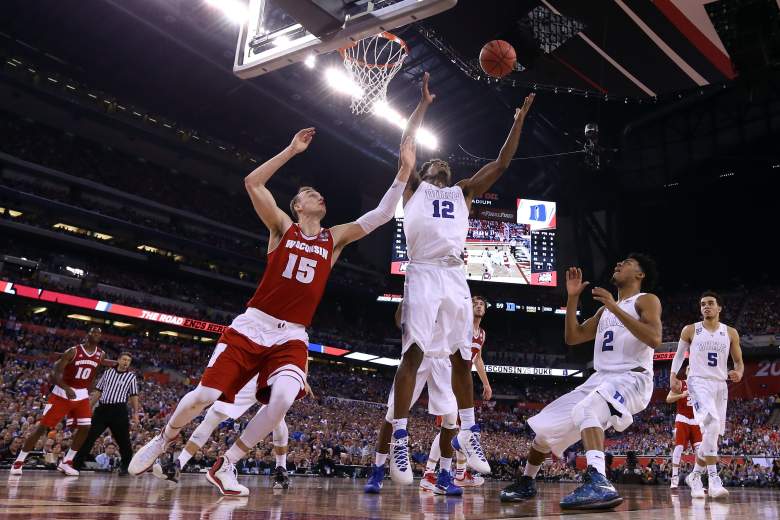 The referees appeared to have missed a call late in the Duke-Wisconsin National Championship game on Monday night in Indianapolis.

With 15 seconds left in the game and Duke holding a 68-63 lead, Justise Winslow looks to hit the ball last with his finger before it went out of bounds, but the refs still awarded possession to the Blue Devils.

Watch the Vine below:

Duke went on to win by the same score.

And Wisconsin coach Bo Ryan was not happy about the call – or others for that matter after his Badgers were whistled for 15 fouls.

It was just a situation where you just have to be able to handle all the hands and the checking. All the body contact – there was more body contact in this game than in any game we’ve played all year, and I just feel sorry for my guys that all of a sudden, a game was like that. I think they’re struggling with that a little bit. We missed some opportunities. They hit some tough shots. You know, it’s just a shame it had to be played that way. 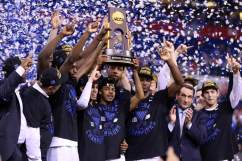