American Pharoah has an opportunity to make history by winning the Preakness Stakes and being 2/3 of the way to winning the Triple Crown — a feat that hasn’t been accomplished since 1978, 37 years and counting.

So, who was the last horse to win horse racing’s illustrious honor? That answer would be Affirmed in 1978 who out-dueled Alydar to three 1-2 finishes in all three Triple Crown races; the Kentucky Derby, Preakness Stakes and Belmont Stakes.

Each race resulted in a closer finish than the last. Affirmed won the Kentucky Derby by about a length-and-a-half then won the Preakness by a length. The 1978 Belmont Stakes is known as one of the greatest horse races in history because of the results of the previous two races. Affirmed held off Alydar in the stretch to win by a half-length and become the 11th horse to win the Triple Crown.

American Pharoah has an opportunity to do what horses such as California Chrome, I’ll Have Another, Big Brown, Smarty Jones and Funny Cide and Charismatic have all done since 1999 — win the first two races of the Triple Crown, setting up an opportunity for history three weks from now at Belmont Park. 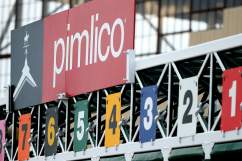 How to Watch the 2015 Preakness Stakes Live Stream Online 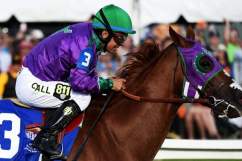