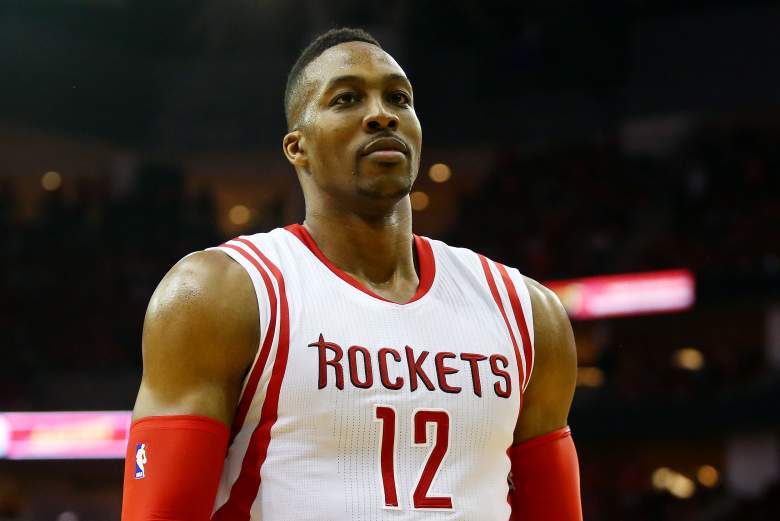 Houston Rockets center Dwight Howard evaded the drama of a suspension ahead of Game 5 of the Western Conference Finals but the 6-foot-11 standout is no stranger to drama off the court, particularly when it comes to ex-girlfriend Royce Reed.

The NBA all-star and Reed, a former Orlando Magic dancer, have one child together. They also have a handful of lawsuits between them as well as a war of words that has continued for the better part of the last decade.

Here’s what you need to know about the embattled pair: 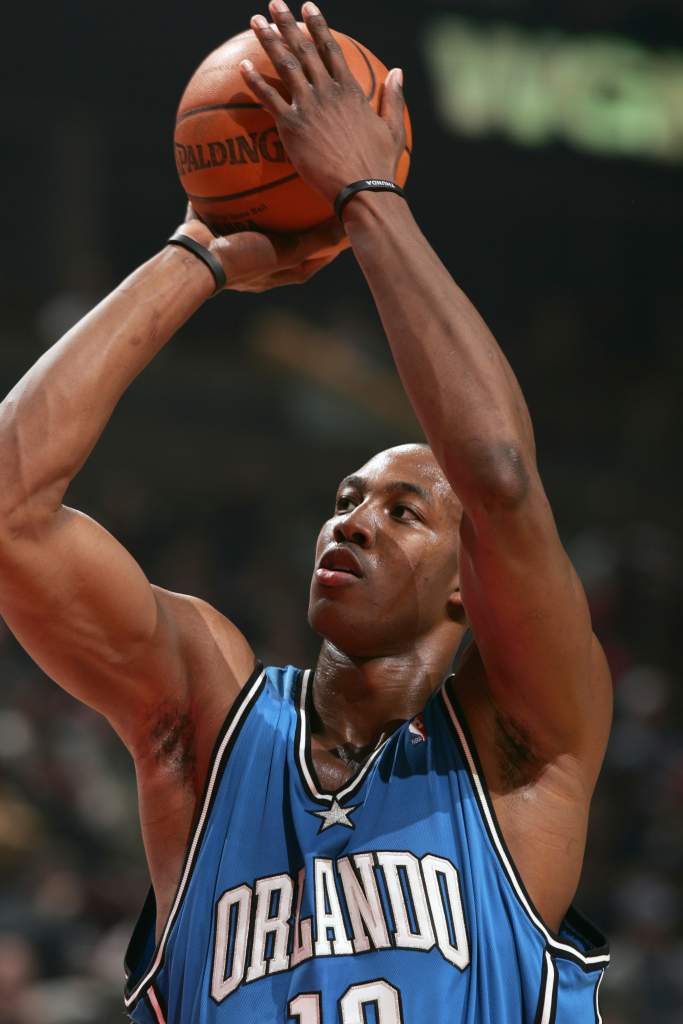 Howard met Royce during his eight-season stint with the Orlando Magic. (Getty)

Howard 29, and Reed, also 29, met when she was a dancer for the Orlando Magic during the 2005-06 season. The two quickly started dating and the relationship took a turn towards serious almost immediately.

Reed gave birth to the couple’s first, and only, son, Braylon on November 18, 2007 and the pair separated not soon after. However, the drama between the two was only just getting underway.

2. Howard Faced a Paternity Suit in 2008 & Has Tried to Gain Sole Custody of Braylon

Reed filed a paternity suit in Orlando’s Orange County Circuit Court against Howard in the spring of 2008, asking the then Orlando Magic center to establish his fatherhood officially and determine child support. According to the suit, Reed requested that the court award “child support determined by Florida’s Child Support Guidelines.”

Howard ultimately acknowledged Braylon as his son in 2008 but the drama surrounding child support did not simply end there. Both Howard and Reed have been in a near constant battle over custody of their son for years and, in 2012, Reed actually moved to have her former boyfriend pay her legal fees.

At the time Howard was seeking sole custody of his son, a fight he was still waging as recently as this year. Howard claimed Reed was an unfit mother after she brought Braylon to Hooter’s for his birthday and put pictures of the event up on social media sites.

Reed, naturally, was quick to respond:

Dear Dwight's Attorneys, Stop trying to turn the world against me by leaking all this stuff to the media. You can't hide that well. Also, you can only bully and lie on me so much in the media before I respond. I am asking you to refrain from leaking false allegations you have no proof of & never will because they're all lies. As far as "exposing him" you have 5.5million followers on Twitter & abt 900k on IG in comparison to my 160k. Last I checked your main pic had Bray in it & as I scroll through your post I see PLENTY of photos & videos of him as well so try again (don't try to delete now, we already have screen captures). Oh & who are alllll these men??? I need names because last I checked I was using batteries and I only have 1 child not 4…or 5… By different ppl. I have an army too and mine aren't paid they're genuine. We go by truth WITH PROOF! So…. With that being said, I'd REALLY like to get back to my regularly scheduled Instagram post & handle this in the court…. Thank you ?? I asked nicely…

3. Reed Was an Original Cast Member of VH1’s Basketball Wives

Despite breaking off her relationship with Howard before the show premiered, Reed was an original cast member of the VH1 show Basketball Wives in 2010.

The show, which was created by Shaquille O’Neils ex-wife Shaunie O’Neil, chronicled the lives of half a dozen women, all of whom were, at some point, romantically linked with NBA stars.

Reed appeared in 40 episodes of the reality show before leaving, amid speculation that she had been fired, following the fourth season in 2013. While there were rumors circulating gossip sites that Reed had been considered “dead weight” on the show, particularly because she was legally banned from discussing Howard on the program, the former dancer attempted to set the record straight on her own.

We pitched the show as being positive and with goal oriented & career driven woman that also like to have fun while dealing with the stresses of their exes or spouses and life. Our common bond was Basketball and we all had a child/children. We knew we would have arguments as women but in the end we would all come together when needed. To compare the ORIGINAL idea to a show that’s out now, I’d have to say Hollywood Exes. Yes, the BBW brand has millions of viewers and has pulled in ratings but I have to admit I wish it would’ve taken a more positive route.

Reed now owns and operates Fantashique Dance Company in Orlando, a dance school that boasts over 100 students and several teams focusing on a variety of styles and ages.

4. Howard Won a Defamation Lawsuit Against Reed in 2010 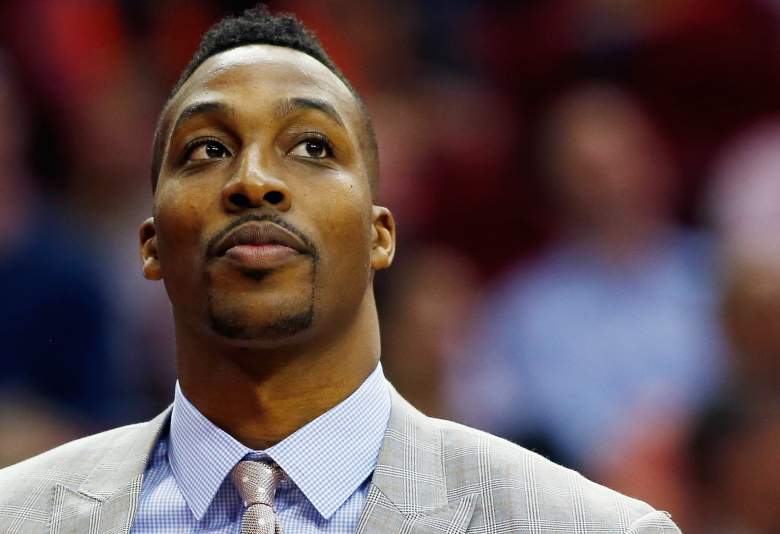 Howard did not take legal action to prevent Reed from appearing on Basketball Wives, but the NBA all-star did make sure that his ex-girlfriend would not be able to air their drama on TV.

Howard put a legal gag order on Reed while she appeared on the program, preventing her from discussing their relationship or, more importantly, the drama behind it. That didn’t always work. According to legal papers filed in 2010, Reed had allegedly leaked information to the media nearly a dozen times since the ’09 order.

That led to Howard filling his own suit.

According to reports by several media outlets at the time, including TMZ, Howard sued Reed for tarnishing his name in the media and violating the gag order. Howard claimed that the leaked stories reached millions of people and that the damages added up to an almost astronomical $550,500,000.

That number came based off of the couple’s Settlement and Parenting Agreement, stating that Reed would be penalized $500 for any kind of disparaging remark against her ex. Of course, when those remarks come from a public Twitter account, the penalties start to rack up.

Howard won his suit but only after taking Reed to court in California after she refused to pay the initial charges in 2010.

5. Reed Accused Howard of Physically Abusing Their Son in 2014 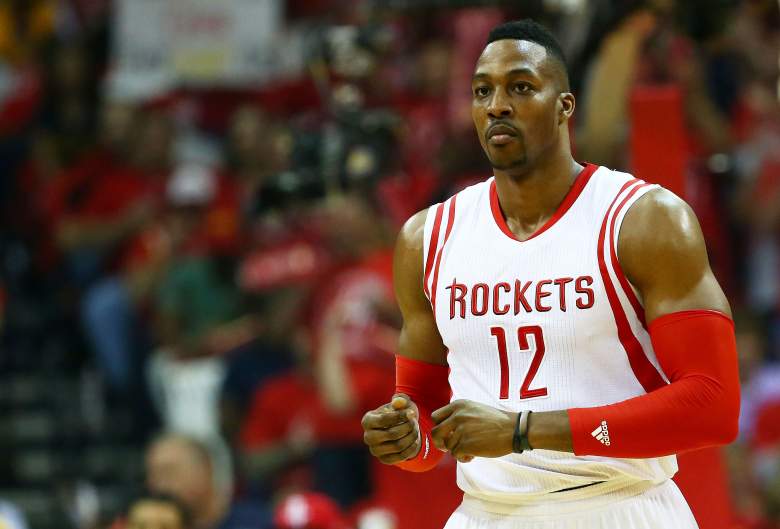 The latest round of Howard-Reed drama came last year when Reed accused the now Houston Rockets standout of physically abusing their son, who was six at the time. Howard admitted to hitting his son with a belt in August 2014 but not much came from the incident after authorities decided against proceeding on the grounds of a lack of evidence. Howard was cleared by the Florida Department of Children and Families.

However, in November 2014, DCF documents emerged supporting Reed’s complaints and authorities were forced to reopen their investigation. Howard’s representatives claimed that he was simply disciplining his son in the same manner that he was used to as a child.

Although the original charges were looked into by Florida authorities, the incident took place in Cobb County, Georgia and Georgia police spearhead the re-opening of the case. Howard’s attorney, David Oscar Markus, issued a statement to ESPN shortly after the decision to re-open the case emerged:

The Florida Department of Children and Families thoroughly examined all of the evidence and determined that the claims of child abuse were not substantiated. The case was closed in September. Royce Reed is now shopping her baseless allegations to authorities in Georgia after the Florida DCF case was closed. Even though the allegations have already been found to have no merit, when a complaint about the welfare of a child is made to law enforcement, an investigation is commenced. We are confident the Georgia authorities will reach the same conclusion as the Florida authorities. The truth is on our side.

The allegations lingered for nearly five months until April of this year when Atlanta police announced they would not press charges against the eight-time All-Star.

Howard was recently seen with his son after the two were stranded, with several thousand fans, in the Toyota Center after Game 4 of the Eastern Conference Finals due to flooding in the Houston area. Braylon spent most of the time throwing t-shirts into the crowd.

At least someone is having fun here. As Dwight does a local TV interview, his son plays with the crowd – pic.twitter.com/Fjb11kxh1K