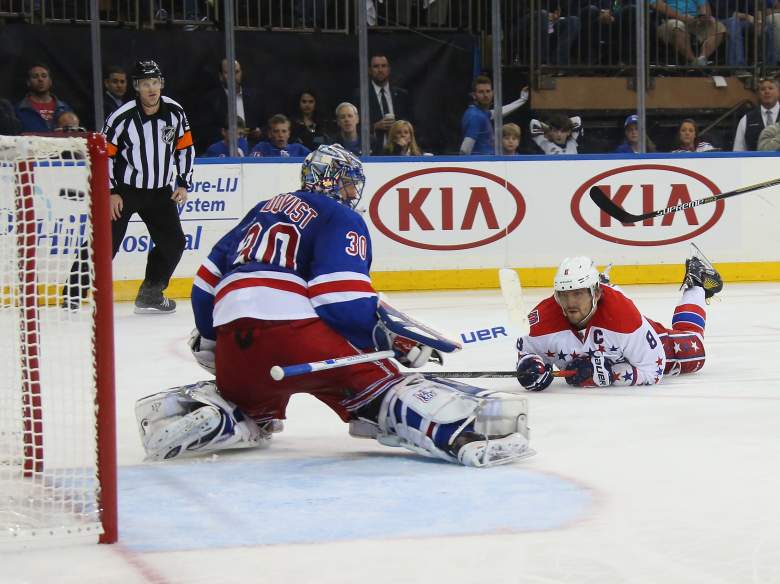 The NHL Playoffs are heating up and Heavy’s partner DraftKings is making the postseason more exciting as they are offering free fantasy hockey contests for new users.

How can you make the pulse-pounding excitement of the NHL Playoffs even more entertaining?

Get it on the fun yourself with DraftKings’ one-day fantasy hockey contests. With their games you can create a team and follow your players during the games, making the action must-see. And the best part – you can win real cash prizes from the contests.

The rules are simple: When you sign in for the contest, you will be given a fixed salary cap of $50,000 to draft your 9 player roster. The Player Pool will consist of all NHL players expected to be playing on a given game day.

Rosters must consist of 9 players and include skaters (non-goalies) from at least 3 different NHL teams.

The 9 roster positions are: 3 wings (right or left), 2 centers, 2 defensemen, 1 goalie and 1 utility player, which cannot be a goalie.

All eyes will be on the Rangers-Capitals game as high-scoring Washington left wing Alex Ovechkin will look to put a few past New York goalie Henrik Lundqvist. Lundqvist, the most expensive goalie at $9,200, has allowed just 8 goals in the past 6 games.

Ovechkin is the highest-salaried player for Wednesday with a cap figure of $9,300. He also leads all non-goalies with 5.2 fantasy points per game, nearly a full point better than the second-highest scorer. Rangers LW Rick Nash scores 4.4 FPP and costs $8,500.

After a shutout on April 26, Canadiens goalie Cary Price (5.6 FPP at $8,800) has lost two straight and allowed 6 goals in the last game. His Wednesday counterpart, Ben Bishop of Tampa, has won 4 straight, allowing just 5 goals over that span. He costs $9,000.

Check out the game lobby for all of the live NHL contests offered by DraftKings.

DraftKings also offers one-day fantasy games for a variety of other sports like baseball, golf, NBA, MMA and soccer.