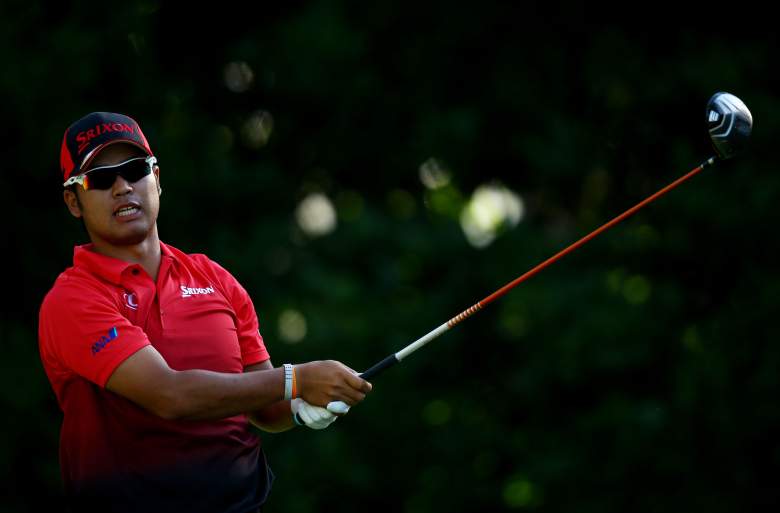 Hideki Matsuyama of Japan was tied for the lead after the first round of The Players Championship. (Getty)

Hideki Matsuyama is taking the golf world by storm.

By 20, he was the top golfer on the tour in his native Japan. At 22, he won his first PGA event and reached No. 13 in the World Golf Rankings.

Now 24, he has shown the ability to step up in the biggest events. And with a win already under his belt in 2016, he’s already pocketed over $2 million in prize money, good for No. 9 on the PGA Tour.

A member of the International team for the 2013 Presidents Cup, Matsuyama is making himself a household name with his powerful drives and propensity to keep his name atop the leaderboard at the majors.

Here’s what you need to know about Matsuyama:

1. Matsuyama Is Known For the Pause In His Swing

Matsuyama stands out just a bit because of his swing. He has a noticeable brief pause at the top after bringing the club back. You can see it pretty clearly in the video above.

The pause is said to help with timing and power.

It seems to be working as he ranks 30th on the Tour (entering The Players Championship) in driving distance (295.9 yards per drive), 47th in driving accuracy, 2nd in total driving and 3rd in ball striking.

So it’s safe to say Matsuyama doesn’t really need to be changing anything.

Matsuyama has racked up the victories on the amateur circuit and in Japan (more on that later), now has 2 PGA Tour wins.

The first came at the 2014 Memorial Tournament, when he beat Kevin Na in a sudden death playoff after both finished 72 holes at 13-under par.

He also won the Waste Management Phoenix Open in a playoff over Rickie Fowler back in February 2016 for his second victory.

4. Matsuyama Is Ranked 14th In the World

Heading into the 2016 Masters, Matsuyama was 14th in the World Golf Rankings.

Matsuyama is no stranger to being on top, though. In August 2012, he reached top spot in the World Amateur Golf Rankings.

He turned pro in April 2013, 2 months after his 20th birthday, and won his 2nd tournament, the 2013 Tsuruya Open. Matsuyama won 5 events in his first year.

He has 6 wins on the Japan Tour and also 5 amateur victories in Asia, including the gold medal at the 2011 World University Games.