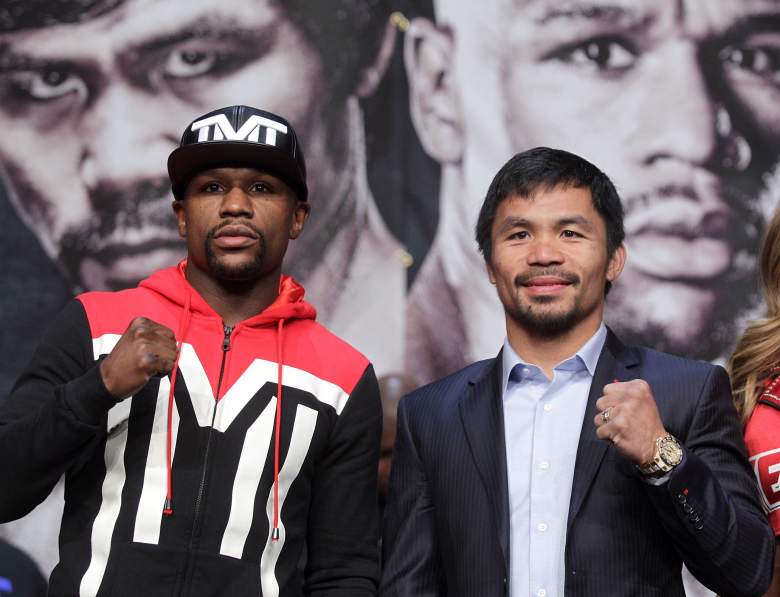 Manny Pacquiao will fight in Las Vegas, NV on May 2, 2015. Pacquiao made $41 million boxing last year, but this fight will be his biggest pay day. (Getty)

According to Forbes, only three of the 25 richest athletes in the world for 2014 were boxers, but Manny Pacquiao was the 11th richest athlete of 2014.

Manny Pacquiao made $41.8 million last year, with $41 million coming from bouts with Brandon Rios and Timothy Bradley and $800,000 endorsements with such brands as Nike.

After a loss to Juan Manuel Marquez and a year-long break, major sponsors dropped Pacquaio. Deals with Hewlett-Packard, Hennessy and Wonderful Pistachios all expired in recent years dropping his annual endorsement income below $1 million.

Pacquiao’s opponent on May 2, 2015, Floyd Mayweather Jr. is first on this list, but both are very well off in their own right.

Here are some facts you need to know about Pacquiao’s wealth: 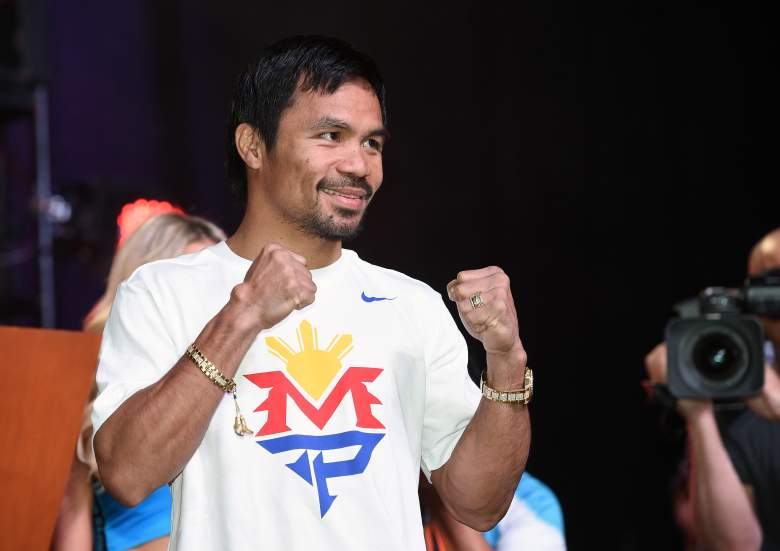 Manny Pacquiao is very wealthy from boxing, but has not managed his money well. (Getty)

He will join an elite group of athletes who have earned beyond $400 million: Tiger Woods, Phil Mickelson, Roger Federer, Lebron James, Kobe Bryant, and of course, Mayweather.

Between his lavish lifestyle, which will be detailed below, and his IRS issues, Pacquaio has a lot of that wealth tied into assets and liabilities and little that he is saving.

In 2013, he was slapped with a $49.31 million tax liability in the Phillipines. Pacquiao’s camp argued that they had already settled their tax obligation in the US, and therefore, there was no need to pay any taxes here as that would tantamount to double taxation.

In 2014, the Supreme Court issued a Temporary Restraining Order against the BIR in the Phillpines and Court of Tax Appeals in their claim against his alleged tax deficiencies.

On February 2, 2015, Pacquiao earned a victory in the case against the Bureau of Internal Revenue (BIR) after the Court of Tax Appeals (CTA) denied its bid to dismiss his petition for a review of the case against him.

On May 1, 2015, the BIR asked the Court of Tax Appeals to reverse its decision.

2. He Has Fought Professionally Since 1995

Above is a video of his first fight in 1995 and, although he started fighting premier fights in 2006, Pacquiao supposedly had a 60-4 record as an amateur fighter.

He won his first title on June 27, 1997, the OPBF FL title, against Chokchai Chokwiwat and has won eight different titles.

He has a 14-3-2 record in championship bouts, registering 8 knockouts.

3. Some of Pacquiao’s Luxury Expenses Include a Ferrari

Other than luxury cars, Pacquiao owns jewelry and multiple mansions. He owns two mansions in his home country of the Philippines, in Biñan and General Santos, and one in Los Angeles.

He also just bought a Beverly Hills mansion from Jennifer Lopez in March 2015.

4. Pacquiao Owns Other Businesses With His Wife 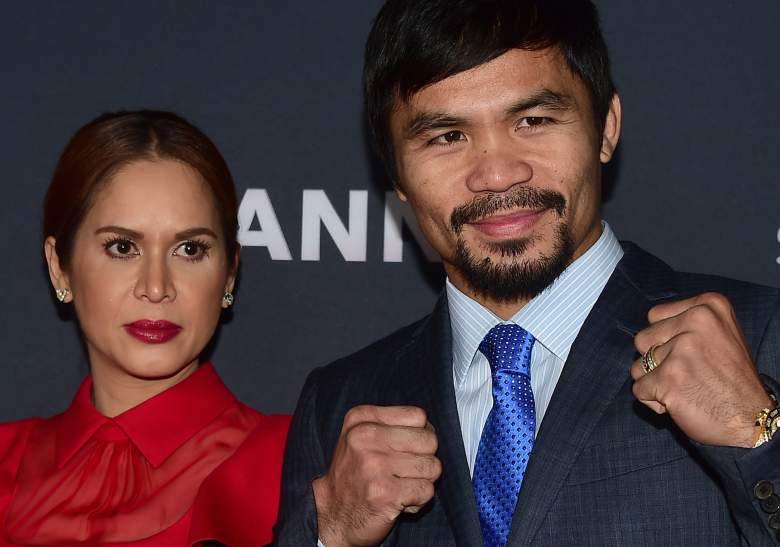 Manny Pacquiao, pictured with wife Jinkee, has diversfied his investments over his career. (Getty)

According to the Huffington Post, after nearly six years in office, he has yet to get a single bill through committee and last year, he was present in Congress for just four days.

Pacquiao has said many times that he will run for President of the Phillipines after his boxing career ends.

5. He is Very Charitable With His Money 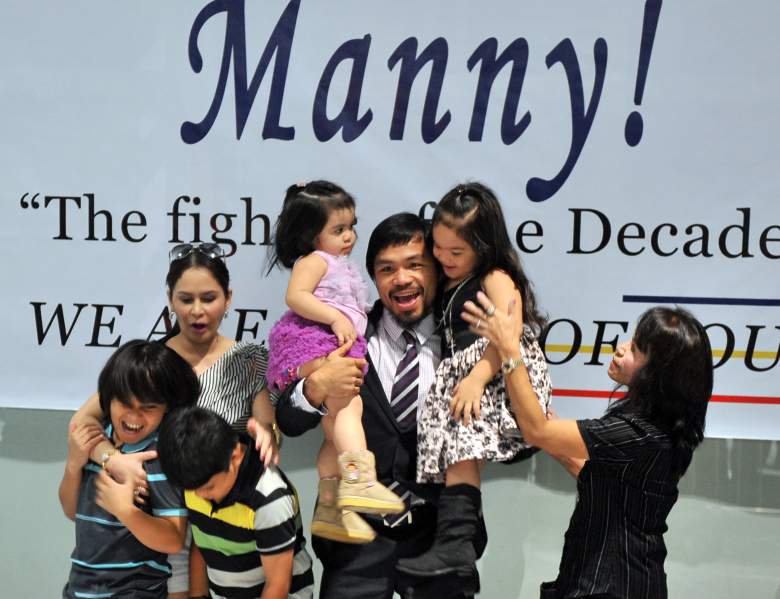 Manny Pacquiao has already said that he will donate half of the money he makes from the Mayweather fight to charity.

Pacquiao’s financial help is often sought and given in Sarangani, one of the Philippines’ poorer provinces, with a poverty rate of over 45 percent. Rosario Mantua, a former councilor of Maasim township, said Pacquiao and his wife, Jinkee, the provincial vice governor, have donated fishing boats, water buffalos to plow fields with, home lots and funds for college scholarships.

The high school dropout’s scholarships have helped hundreds of students who would never have gone to college without a financial sponsor, said Apolo Novicio, executive assistant to the Maasim mayor.

Sugar Ray Leonard has warned Pacquiao that he may become like Joe Louis. The legendary Joe Louis, one of the most celebrated athletes ever, was virtually broke by the age of 40 due to his generosity. Like Manny Pacquiao today, the IRS hounded Louis late in his career and collected large sums of money, off the top, from his fight purses.