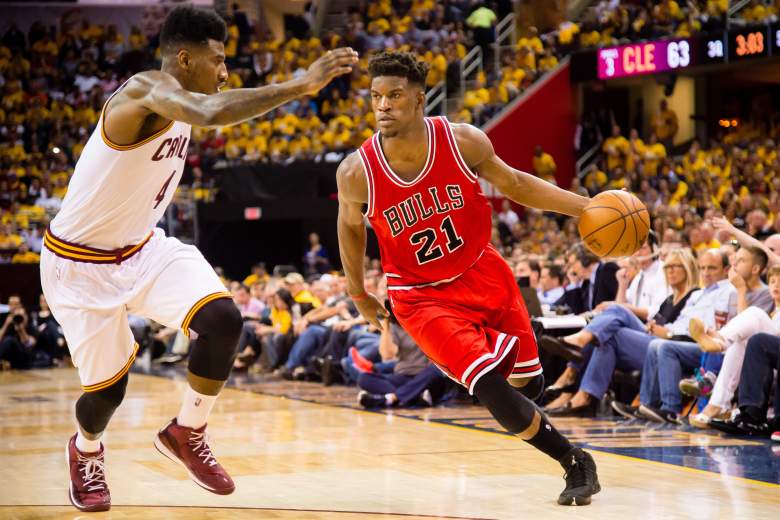 Jimmy Butler and the Bulls took Game 1 from the Cavs in Cleveland. (Getty)

Chicago looked confident and determined as the Bulls took Game 1 on the road over the Cleveland Cavaliers in Game 1 of their Eastern Conference semifinal on Monday.

The Cavs were without starters Kevin Love (shoulder – out for the season) and J.R. Smith (suspension), and will be so again in Wednesday night’s Game 2.

The Bulls held Cleveland to 42 percent shooting, including LeBron James‘ 9 for 22 performance.

The game has a 7 p.m. Eastern tip time and will be televised by TNT. Marv Albert (play-by-play), Chris Webber (analyst) and Rachel Nichols (reporter) are on the call.

No. Cleveland vs. No. 3 Chicago

DraftKings has created an NBA $100K Sharpshooter contest, which is scheduled to begin Wednesday at 7 p.m. Eastern. The contest is free for first-time DraftKings users and $3 for current members.

The rules are easy: When you sign in for the contest, you will be given a fixed salary cap of $50,000 to draft your 8 player roster. The Player Pool will consist of all NBA players expected to be playing on a given game day.

Sign up for DraftKings and start winning money today. 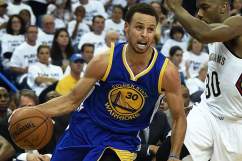