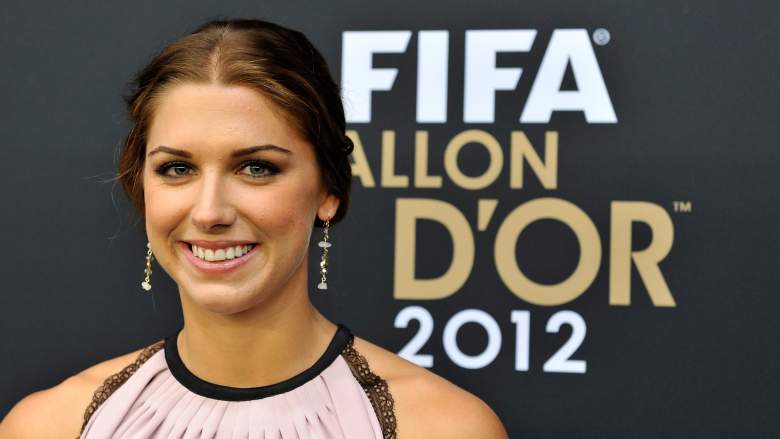 Alex Morgan is a veteran forward for the U.S. Women’s National team. (Getty)

At 27-years-old, Alex Morgan already has 9 years of international experience under belt.

The star forward for the U.S. Women’s Soccer team has already played a World Cup, an Olympic Games and has passed 100 appearances for the team.

The California native has been a star on the field since she began playing at 13.

Off the field she’s getting things done, too. She has already hit The New York Times best seller list with her book series called The Kicks, which is about youth soccer players. Impressive, indeed.

Here’s what you need to know about Morgan:

1. Morgan Is a Forward For the National Team

The 5-foot-7 Morgan is a forward on the national team (as well as her professional club) and one of the top offensive threats.

Morgan pairs with Sydney Leroux to give the Americans a potent attack.

Alex has scored 68 goals in 114 appearances with the U.S. Women’s Team.

Her latest goal came in the Rio Olympics 2016 in a 2-0 win over New Zealand in Group play.

Morgan was the youngest player on the 2011 World Cup runner-up team and 2015 is second go with the U.S. National squad.

She was a member of gold medal-winning Team USA in the 2012 London Olympics.

After graduating from the University of California, Berkeley, in 2010, Morgan was the top overall selection in the 2011 WPS Draft by the Western New York Flash.

She played 1 season with the Flash before the WPS suspended operations. She then joined the Seattle Sounders Women in 2012.

Morgan then played for the Portland Thorns FC of the National Women’s Soccer League.

She was traded to the Orlando Pride in October 2015.

4. She Has Appeared In the SI Swimsuit Edition

Morgan has had her fair share of magazine spreads, including the 2012 Sports Illustrated Swim Suit edition, where she was seen in the section of athletes in body paint.

She has also been in ESPN The Magazine and has had her likeness made into a cartoon character on an episode of The Simpsons.

Carrasco plays soccer himself; he’s a midfielder with Sporting Kansas City of the MLS.

Carrasco is of Mexican descent, but went to high school in San Diego and attended Cal-Berkeley.