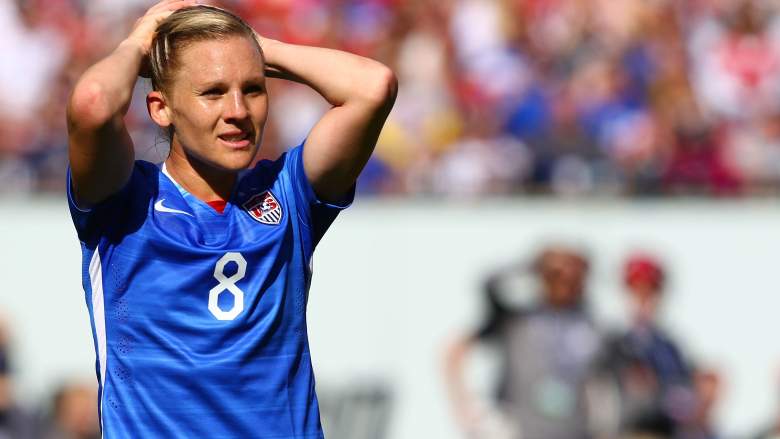 Amy Rodriguez wasn’t a lock for the USWNT roster in Canada, but now she’s proving crucial as the team goes after the 2015 Women’s World Cup. (Getty)

The United States Women’s National Team has been looking for an offensive spark during the 2015 World Cup, and it may have found it with Amy Rodriguez.

Starting for American hero Abby Wambach, who, at 35, has been mostly ineffective in Canada, Rodriguez provided the speed and energy to breath life into the USA attack against China during the quarterfinals.

Let’s take a look at everything you need to know about the suddenly important 28-year-old. 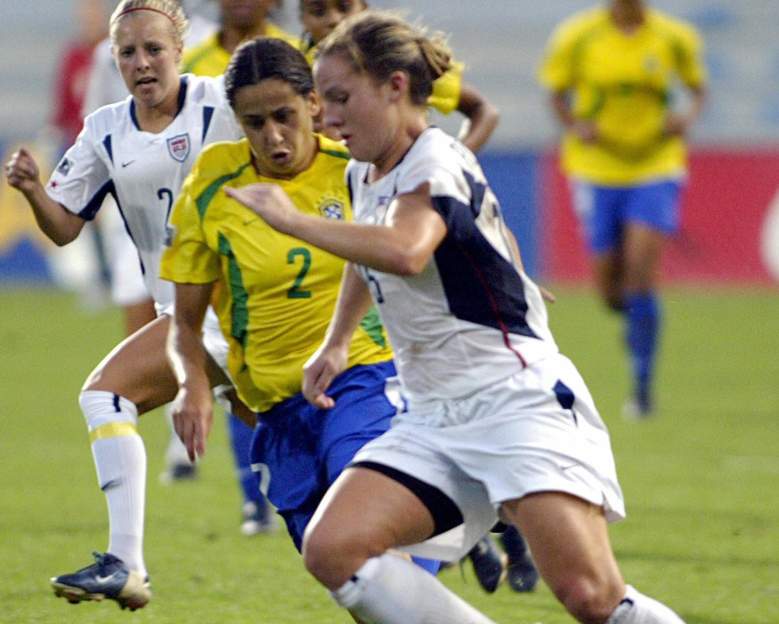 That success led her to the University of Southern California. After four years, she left the Trojans fourth all-time in goals scored (31), second in game-winning goals (12), sixth in assists (17) and fourth in points (79). She led the team to a national championship as a junior in 2007, scoring a brace against UCLA in the semis to earn the tournament’s Most Outstanding Offensive Player award.

2. She Is a 2-Time Olympic Gold Medalist

What an awesome victory tour it has been! Thank u to all our fans…we r so proud to bring home the gold to you guys! pic.twitter.com/joWBP1Sy

Rodriguez’s debut with the United States senior team came in 2005 when she was still only a senior in high school, and by 2008, she was a consistent fixture with the squad.

As a 21-year-old, she started five matches in the 2008 China Olympics. She scored just one goal, but she did provide a pair of assists, including one to Carli Lloyd to beat Brazil in the gold-medal match.

Four years later in London, Rodriguez came off the bench during four matches to help the U.S. repeat as gold medalists.

3. She Has Scored 29 International Goals

Rodriguez has long been one of the USA’s most clinical finishers in the final third. She scored her first two goals against Canada in 2008, and she has proceeded to be a consistent threat whenever on the pitch. In 114 appearances (56 starts), she has tallied 29 goals and 19 assists.

Among her many accomplishments, she tied a national team record when she scored five times–all in the second half–during an Olympic qualifier against the Dominican Republic in 2012. 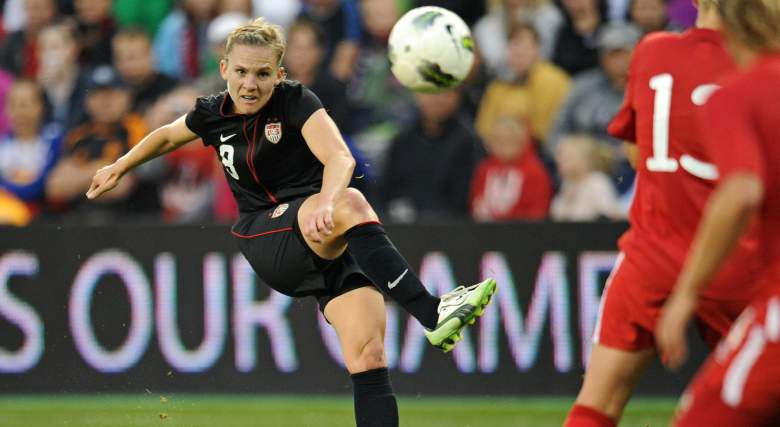 Rodriguez sat out the 2013 season due to her pregnancy, but she didn’t miss a beat upon her return to the game. Playing in her first NWSL season in 2014, she tallied 13 goals and three assists to lead FC Kansas City to the league title. She was runner-up for the Golden Boot award and named to the NWSL Best XI.

In early 2013, Rodriguez and husband Adam Shilling, who was a water polo star at USC, announced they were expecting a child. Ryan John Shilling was born August 6, 2013.

After missing the 2013 season, Rodriguez’s comeback has been extraordinary. Not only did she tear up the NWSL during the ’14 season, but she scored a pair of international goals in friendly competition then impressed during the Algarve Cup to book a spot on the 2015 World Cup roster.

Now, with a child not yet two years old, she may be one of the most important players during the semifinals.