Dell Curry was best known for his years with the Charlotte Hornets. (Getty)

Steph Curry didn’t just happen into his NBA talent. Or his jump shot.

Dell Curry, Steph’s father, was a 15-year veteran of the NBA and one of the most potent shooters the league has ever seen. He’s also still very much involved in the sport and serves as the Charlotte Hornets Ambassador and Special Projects Advisor. He also joined Steph during this year’s All-Star Weekend in the Shooting Stars Challenge.

Here’s what you need to know about Dell’s NBA career: 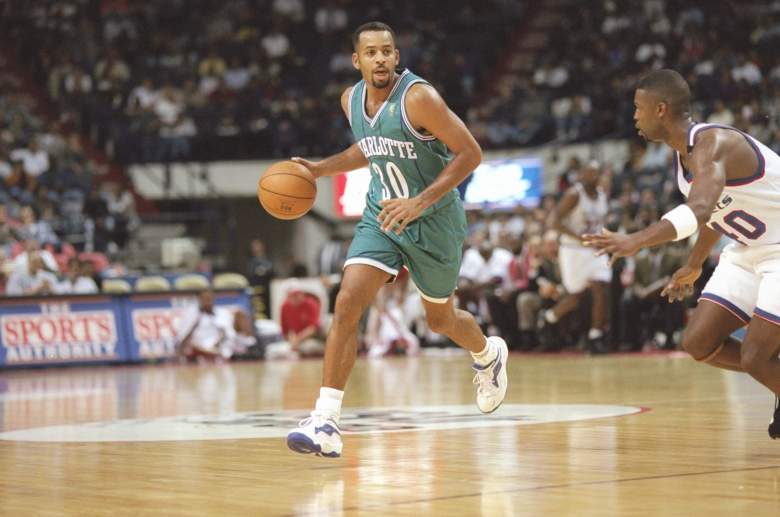 Following a dominant career at Virginia Tech, where he also met his wife Sonya, Curry was drafted No. 15 overall by the Utah Jazz in the 1986 Draft. He spent one season with his first NBA team and another with the Cleveland Cavaliers before he was optioned to the 1988 Expansion Draft and picked up by the Charlotte Hornets as the franchise’s first-ever player.

Curry spent 10 seasons with Charlotte, playing mostly off the bench, and developed a reputation as a potent jump shooter. He played 701 games with the Hornets, averaging 14 points and nearly six rebounds per game. He is, to this day, the team’s all-time leader in points, three-point field goals made, and total games played.

After a decade spent in Charlotte, Curry played three seasons with the Toronto Raptors before retiring from basketball in 2002. By the end of his career Curry averaged 11.7 points per game and shot just over 40 percent from three-point range. 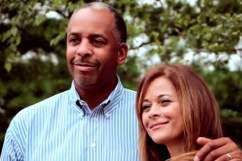 Although he never won an NBA title, something his son Steph is trying to accomplish now, Dell Curry was still a highly touted player during his career, even dating back to his four seasons with Virginia Tech. Curry was named an All-American during his time as a Hokie and won three different All-Metro Conference honors. He was also named Metro’s Player of the Year as a senior in 1986. Curry’s jersey, No. 30 just like Steph’s, was retired on March 1, 1986.

As an NBA player Curry was a frequent nominee for the league’s Sixth Man of the Year Award but did not actually win the honor until the 1993-94 season. He averaged a career-high 16.3 points a game that season and shot a blistering 52 percent from the floor.

In 2004, Curry was inducted into the Virginia Sports Hall of Fame. 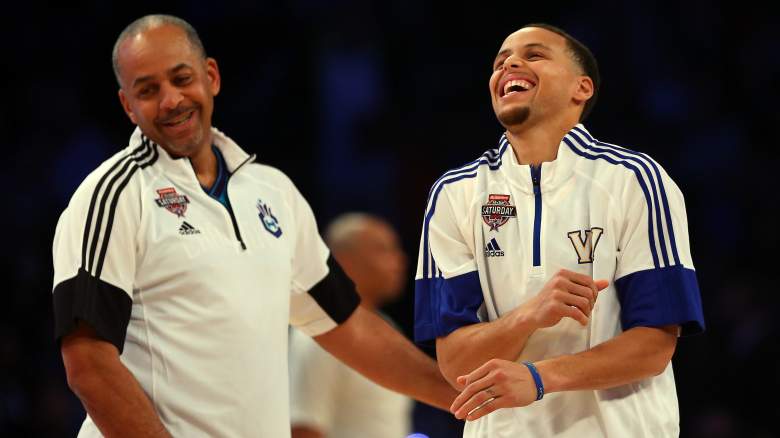 Dell and Son at the 2015 Shooting Stars Competition (Getty)

Although he didn’t finish his career in a Hornets uniform, Curry could never quite stay away from Charlotte. He was named an assistant coach for the team on June 18, 2007 but stepped down from the position before the season began so he could attend his son’s basketball games.

Curry explained his decision to the Associated Press:

After having time to fully grasp the commitment of being an assistant coach, I realized I could not give up the necessary time away from my family. However, I am pleased that I can still contribute to the organization and the players.

Instead of returning to the sidelines as a coach, Curry kept his hand in the basketball world in a different way, joining longtime Charlotte play-by-play announcer Steve Martin as the color commentator for the team’s broadcast in 2009. Curry’s role in Charlotte expanded just a few weeks ago when the team announced that he had been named a Hornets Ambassador and Special Projects Advisor in addition to his post as a TV analyst.

Dell still has his jumper as well. He and Steph competed together, along with WNBA legend Sue Bird, during this year’s Shooting Stars competition as part of All-Star weekend.