Floyd Mayweather Jr. and his Mayweather Promotions have kicked off preparations for what may be the pound-for-pound champ’s last fight by requesting a September 12, 2015 date for a pay-per-view event to take place at the MGM Grand Garden Arena in Las Vegas.

While no announcement has yet been made on a future opponent, an encounter with Brit Amir Khan or a Miguel Cotto rematch top the list for Pretty Boy Floyd’s 49th foray into the ring.

“We will be getting into discussions about an opponent for him very quickly,” Showtime Sports’ executive vice president and general manager Stephen Espinoza told Multichannel.com after the Mayweather-Pacquiao superfight. “We will look to ride the momentum of this event and capitalize on the fact that Floyd has now distinguished himself as the fighter of his era.”

Mayweather (48-0, 26 KOs), the most celebrated and decorated boxers of this era, is coming off one of his most anticipated matchups, beating Filipino icon Manny Pacquiao on May 2.

By emerging victorious in his upcoming September bout, Mayweather will tie Rocky Marciano’s legendary undefeated record of 49-0. Although Mayweather has repeatedly stated that he will retire from the sport after September’s fight, most boxing insiders expect Mayweather to attempt to break the Marciano record– perhaps with a rematch against Pacquiao.

The September 12 Mayweather fight will be carried live by Showtime PPV. 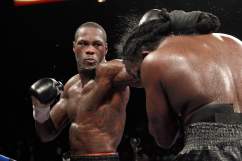 Read More
Boxing, Showtime
Floyd Mayweather Jr. has kicked off preparations for what may be his last fight. We have your details here.