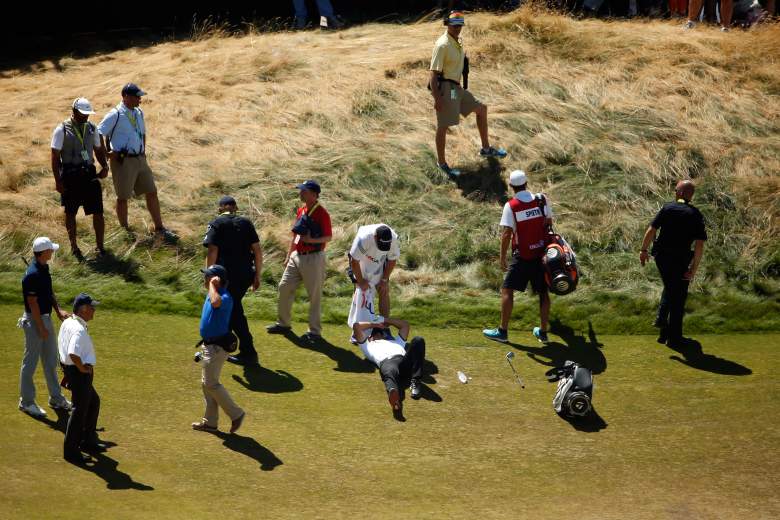 Jason Day is attended to on the 18th fairway after collapsing Friday in the US Open. (Getty)

The Australian golfer collapsed while walking the fairway on his final hole during the second round of the U.S. Open on Friday. Day collapsed on the ninth hole and appeared to be in a serious amount of pain. He later confirmed to FOX Sports commentator Greg Norman that he suffers from vertigo but would “be ok.”

1. Day Collapsed, Suddenly, While Walking Across the Fairway of the 18th Hole

The moment was made all the more scary for fans and media after seeing Day throughout the course of the day, a seeming picture of health. USA Today golf writer Steve DiMeglio wrote that one of Day’s partners, Justin Rose, thought Day had initially twisted his ankle when he fell to the ground.

Soon after it became apparent he was low on energy or suffering vertigo. I was glad he could get done with the round and recover for tomorrow. There were no issues before that. He was chirpy and buoyant all day long. 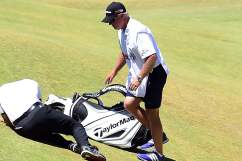 What Happened to Jason Day at the US Open?

2. He Was on the Ground for Several Minutes & Needed Medical Attention

Day, ranked third in the world, could not get up for several minutes and was attended to by the USGA medical staff at Chambers Bay. At times Day used his club as a makeshift crutch to himself get back on his feet.

3. Day Withdrew from the Byron Nelson Championship in May with Similar Vertigo Symtoms 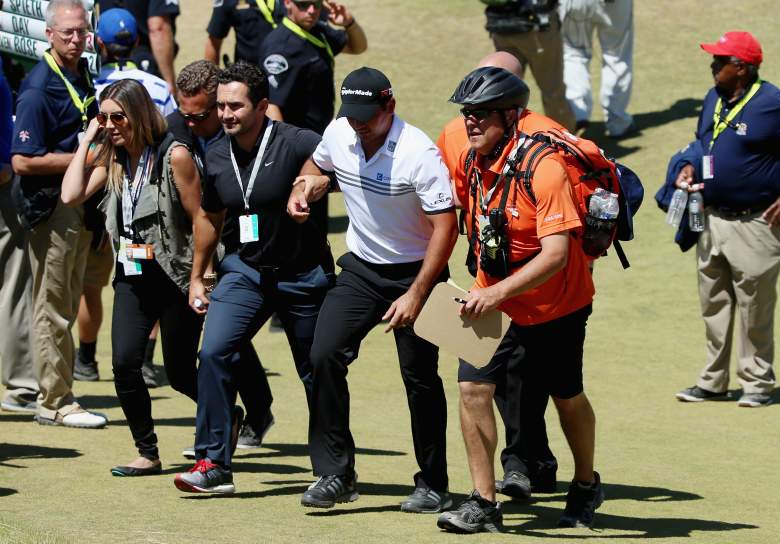 Day withdrew from the competition after feeling dizzy three weeks ago. He received tests but said that nothing was conclusive about his condition.

The 27-year-old told The Daily Mail:

I had three sleep studies done. I had a lot of blood tests done. I had an MRI on my head and my neck and everything came back negative. It’s just a full-time kind of gig there and I think I just ran out of gas and I wasn’t feeling good, so I had the shakes and the tingling up my arms. And the loss of energy and strength was probably caused by that. I’ve got severe sleep deprivation, so I guess that’s part and parcel of having a kid.

Day’s wife, Ellie, also came inside the ropes to check on her husband when he collapse on Friday afternoon.

4. Jordan Speith Waved Off Photographers While Day Was Being Treated

Kudos to Jordan Spieth, who immediately went to the gallery to implore them not to take pictures when Jason Day collapsed. Class. #USOpen

Jordan Speith, who was playing in the same group as Day came to his fellow golfer’s side and asked the gallery not to take photos while he was being treated by medical personnel.

Speith, who also said Day had given no earlier indication that he had been experiencing vertigo symptoms, let his group partner put first when he was able to get back to his feet. 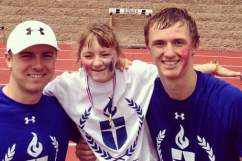 5. Day Finished the Hole But His Continued Participation in the Open is in Doubt

Day was actually able to get back up on his feet and finish the hole, posting a two-put for bogey, as well as the round. He finished off the round with 70, leaving him two under par, and putting him in a tie for 11th place. He was then led from the hole by a member of the USGA’s medical team before being driven on a cart to sign his card.

Still, it’s unclear what the future holds for Day, the world No. 10, at the U.S. Open and the status has left him nothing short of frustrated. Day had spoken about his health, and perennial injuries earlier this week, as reported in a story by The Guardian:

Because over the last couple of years, I’ve been fed up with being injured, fed up with sitting out and watching the guys play without me being there. And it’s been really frustrating and disappointing at the same time because I feel like I have the potential to go out there and play well and win a lot. I’m really trying to take control of my body.

Read More
5 Fast Facts, Breaking News, Golf, US Open 2015
Australian golfer Jason Day confirmed he suffers from vertigo after he collapse on the fairway of the 18th hold during the second round of the U.S. Open.