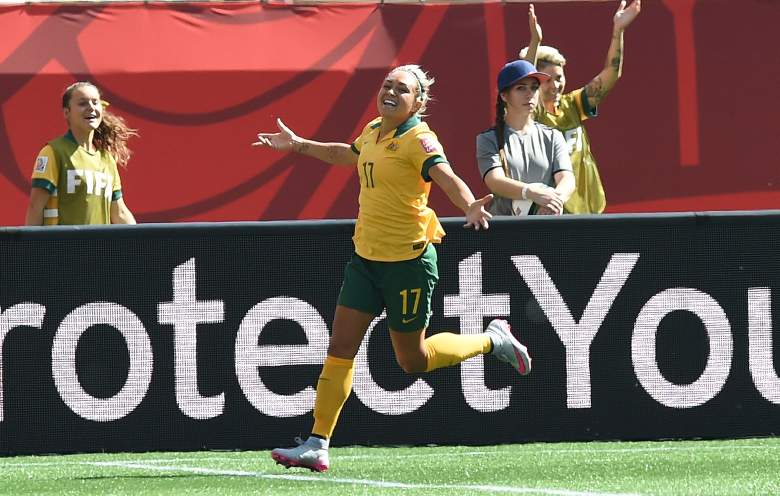 Kyah Simon made headlines earlier this week when she came off the bench and found the back of the net to lead Australia to an unexpected, upset victory over Brazil.

Simon’s shot made history for the Matildas, as the team became the first Aussie squad, men or women, to advance to the World Cup quarterfinals. But while Simon’s star has shined a little bit brighter this week, it was never all that dull to begin with. In fact, Simon is one of the most experienced players suiting up in green and gold this summer. It’s been a long, injury fraught, road for Simon but she’s certainly seizing her moment.

1. Simon Became the First Indigenous Australian to Score a Goal for the National Team

Simon’s rise to international prominence has been about much more than simply scoring goals. The 24-year-old is one of two Aboriginal standouts on the Australian women’s soccer team and her status as indigenous idol grows every time she steps onto the field.

Simon identifies as an Anawan woman while Aussie goalkeeper Lydia Williams identifies with the Darlot and Noongar people of Western Australia. As far as Simon is concerned, her platform on the international stage offers her a chance to heritage and the history that is associated with it. Both players have been seen waving Aboriginal flags during World Cup competition this summer.

National Reconciliation Week. I wear the green and gold, for our country and all my people #Pride #NRW2015 ⚫️???? #Matildas #Canada #FIFAWomensworldcup Photo cred: @localfc

That isn’t all though. Simon also made history as an indigenous Australian early in her soccer career, becoming the first Aboriginal player to net a goal for the women’s national team.

2. She Also Plays for Sydney FC & the Boston Breakers 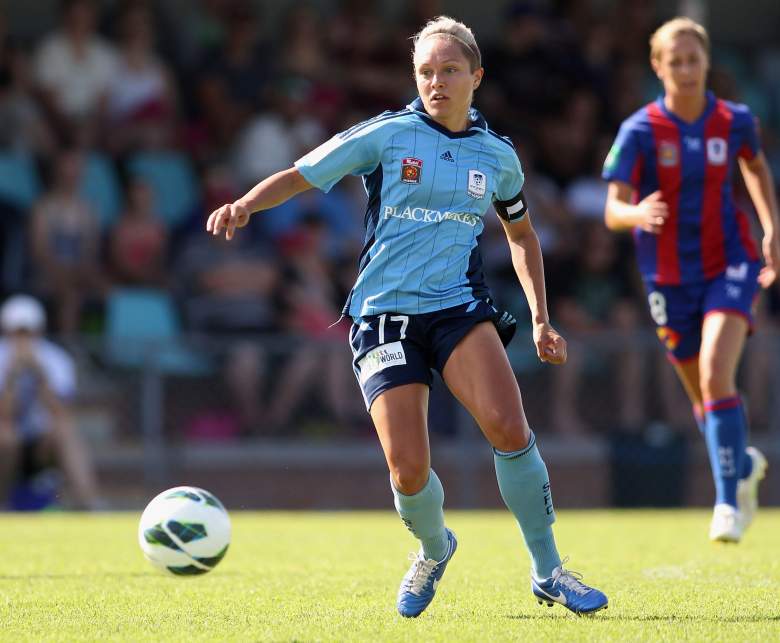 Simon also played a stint stateside, competing with the Boston Breakers in the Women’s Soccer League. However, while Simon had a solid statistical season with the Breakers in 2013, it was still a rough road and injuries and a brand-new coach eventually led her back to Australia.

She told The Women’s Game:

It threw a lot of negatives at me and it took a lot to stay positive and attempt to be resilient when nothing was going my way. I came off such a high with winning the Championship last year and then hit an all-time low this season with Boston. It was definitely the biggest test of character in my career thus far and to be honest I think I needed it a little bit.  To kind of check myself, re-evaluate why I am playing the game and to re-spark the determination, want and need for success. 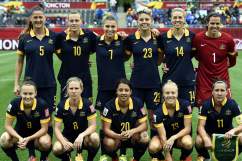 3. Simon is Working Towards a Starting Spot in Australia’s Lineup

Although Simon’s strength on the field is unquestionable, she hasn’t been seeing consistent starting time with the Aussies during the World Cup this summer. Simon started two games in a row before coming off the bench against Brazil to score the game-wining goal. That choice, in large part, is a response to her previous injuries and just-recent return to the Matildas lineup. It also might change sooner rather than later.

Aussie coach Alen Stajcic suggested that he would be making changes to team’s starting lineup against Japan in Saturday’s quarterfinal and was seriously considering moving Simon back into a starting spot. After all, her goal-scoring ability has been nothing short of dominant for the Matildas and, once again, facing elimination, this team needs all the offensive firepower it can get.

Simon has been incredible this summer. She not only scored the game-winning goal against Brazil in the Aussie’s 1-0 upset victory in the Round of 16 but she also notched a pair of goals against Nigeria. Australia won that game 2-0.

In other words, Simon has found the back of the net three times this summer and has scored three of the Matildas last four Cup goals. All in all, Simon has already scored 14 international goals. She just turned 24-years-old two days ago. Simon seems to be having a pretty-ok time in Canada.

5. Simon Almost Missed the World Cup With a Ruptured ACL

Simon’s magical World Cup run was almost the moment that never was. The Blacktown, Australia native always knew she would be ready, physically, to join the team this summer but she wasn’t quite sure what condition her game would be in when she did.

In October 2013, playing against the United States, Simon ruptured her ACL and was relegated to the sidelines for more than a year after reconstructive surgery and a rehab stint that lasted much longer than originally expected She subsequently missed the Asian Cup and the entire season with the Western Sydney Wanderers.

She told the Sydney Morning Herald:

USWNT played on the Alamodome turf in 2013. Kyah Simon tore ACL on the turf that day. This sod over the turf might be even worse a setup.

The time away from the field, and the game she loved, not only took a toll on Simon’s playing style but also on her playing mentality. It wasn’t until November 2014 that Simon started to get back to playing form and even then she wasn’t completely confident in her cuts or the athletic playing style that has come to define her. It’s that fight, that longer-than-expected battle, that has made Simon’s current scoring streak that much sweet.

Read More
Soccer, Women's World Cup 2015
Kyah Simon is much more than just a game-winning goal scorer. She's a history-maker and a game-changer for the Australia's women's soccer team.