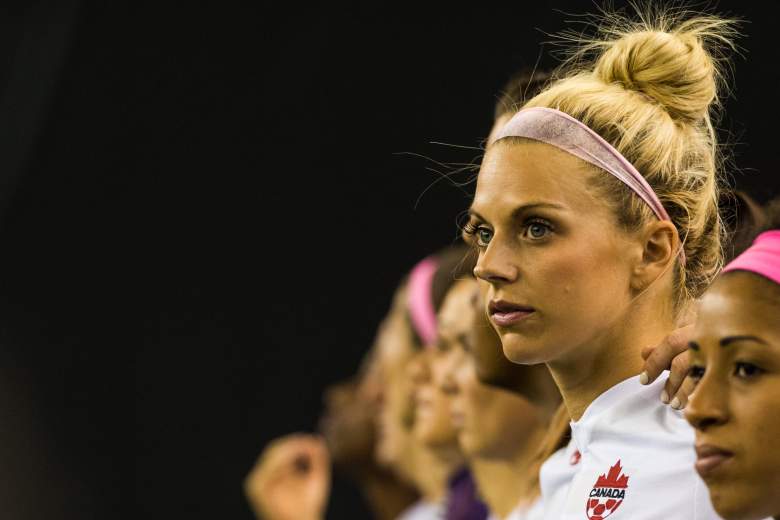 Sesselmann is part of a Canada team that is on the rise (Getty).

Since their winless effort at the 2011 Women’s World Cup in Germany, Team Canada has steadily ascended the ranks of women’s soccer. They won the bronze at the 2012 London Olympics, and now face an elimination showdown showdown with Switzerland. Canada are on their best run of international play ever, and the addition of Lauren Sesselmann has coincided with that run. The 31 year-old defender is an important part of a Canada team that wants to prove itself on its home turf.

Here’s what you need to know about Sesselmann: 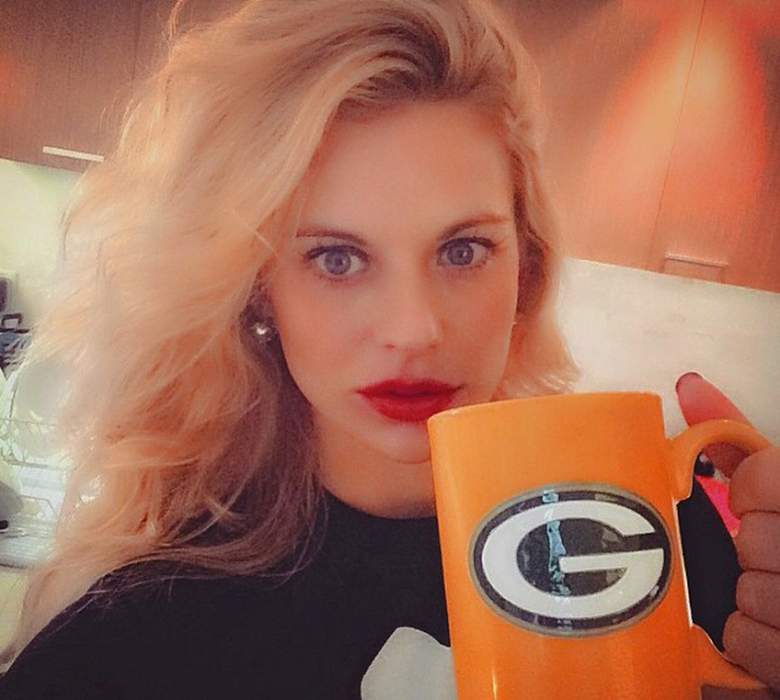 Lauren was born and raised in the Green Bay area with her two brothers (IG: lsesselm).

Sesselmann was born and raised in Green Bay, Wisconsin. She is the only daughter of Ernie and Debbie Sesselmann, and has two brothers. She became a Canadian citizen in 2010, and overall in an American gal. Lauren played soccer and basketball throughout high school, and roots for the Green Bay Packers and Milwaukee Brewers.

2: She Has More Points Than Any Woman In Purdue Soccer History 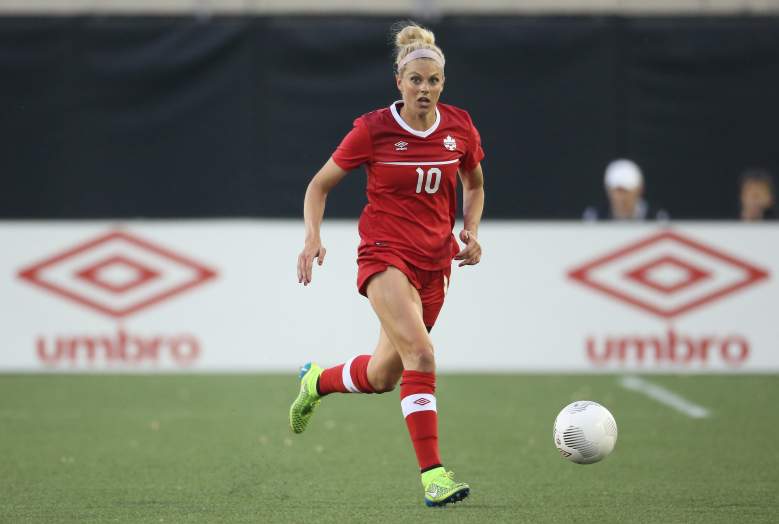 Lauren began playing soccer for Purdue University in 2001. Her freshman year, Sesselmann led the boilermakers in goals and assists. At the end of her four-year career, Sesselmann graduated as the all-time leader in goals, assists and points. After college, Sesselmannbounced around now-defunct women’s leagues but struggled to gain any traction on the international level.

Earlier in her career, Sesselmann was primarily playing forward. This led to her scoring bundles of goals, but made it harder to succeed at higher levels of soccer. Her switch to defense has proved to be a wise decision, as her athleticism and footwork has made her a valuable entity.

3: Her Father’s Origins Made Her Eligible For Team Canada

Sesselmann bounced around women’s leagues before her selection to Team Canada in 2011 (IG: lesselm).

Sesselmann’s father is originally from Newfoundland, making her eligible for Canadian citizenship. She made the transition in 2010, and in 2011 made her debut for the Canadian Women’s National Team. Sesselmann was part of an instant turnaround in 2011, following a last-place finish at the Women’s World Cup in Germany. With Sesselmann on the back line, Canada put forth a surprise performance at the 2012 Olympics, coming home with a bronze medal. 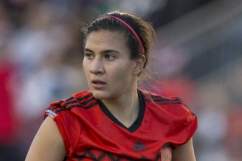 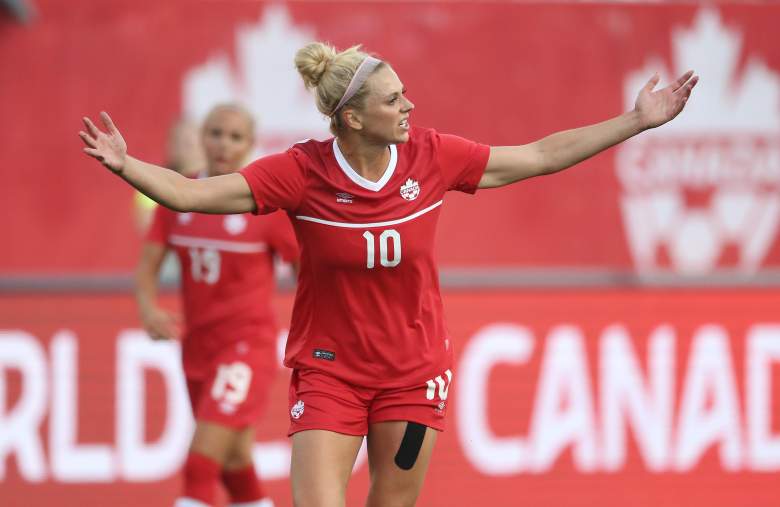 Sessselmann made a speedy recovery after tearing her ACL in 2014 (Getty).

Sesselmann’s dream start with Team Canada ended abruptly in March 2014, when she went down during training as Canada was preparing for the Cyprus Cup. Lauren was diagnosed with a torn ACL, and was done playing soccer for 2014. Originally she had intended to return for this year’s iteration of the Cyprus Cup, but instead finished her rehab with her pro team, the Houston Dash. Considering the severity of the injury, it’s remarkable she’s on the field for the World Cup, where home nation Canada expects to make a serious run at their first star.

5: She Has a Series of Home Workout Videos 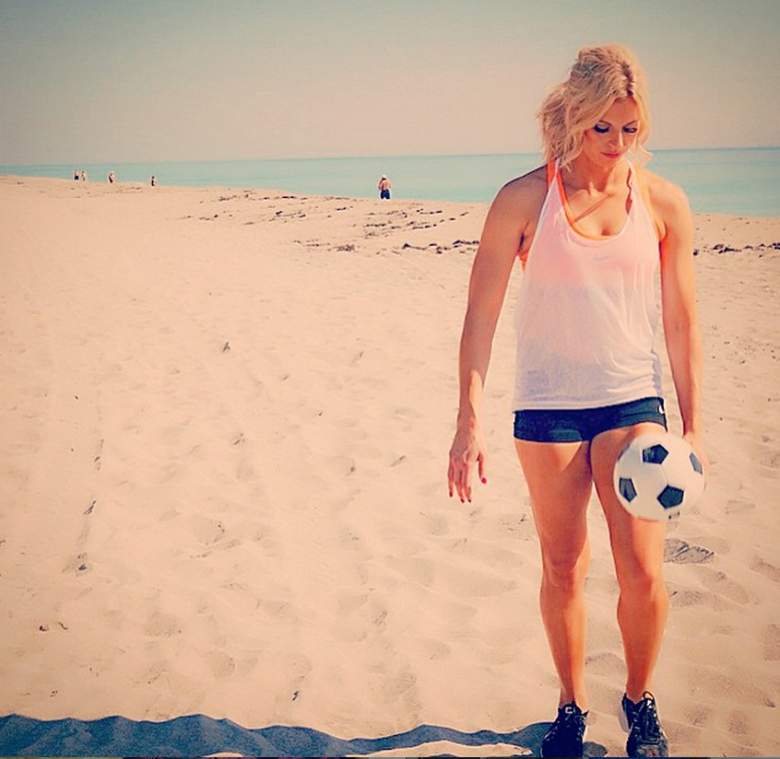 Sesselmann has had success with her own workout series (IG: lsesselm).

Lauren graduated from Purdue with a B.A in Marketing and Communications, and she has made good use of her degree. She’s the host of “Fit as a Pro with Lauren Sesselmann”, a series of workout DVDs focusing on short, effective workout routines. For just $19.95, Lauren shares five 10-minute workouts focused on the abs, legs, and rear. On the product website Lauren also keeps a blog where she shares articles and videos about her latest products.
Read More
Soccer, Sports, Women's World Cup 2015
Lauren Sesselmann is an experienced member of host Team Canada. Learn more about the beautiful Wisconsin native here.