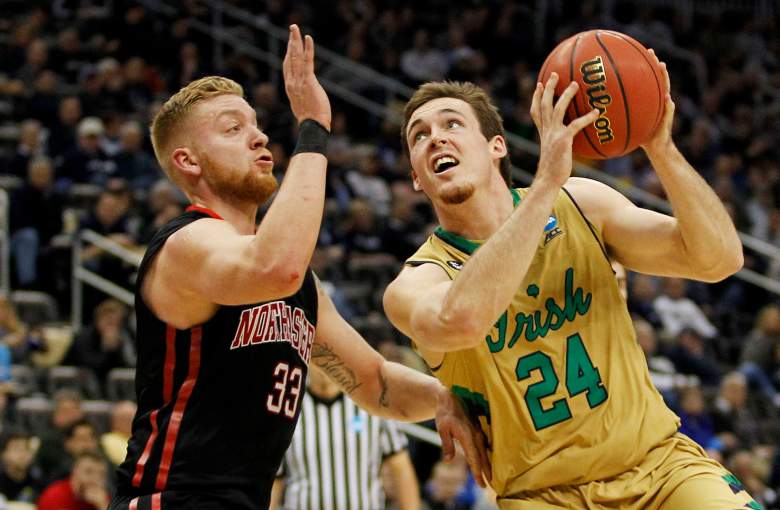 It’s a choice athletes everywhere have faced at one time or another; give up one sport to focus on the other. Only those same athletes probably weren’t deciding between professional careers in two different sports.

That’s exactly the choice in front of Pat Connaughton, who rose to national attention during Notre Dame’s run in this year’s NCAA Tournament. The Notre Dame standout was already drafted last year – by the Baltimore Orioles – and even played a summer of professional baseball before returning to the hardwood this winter.

Now, with his name likely to be called in this weekend’s NBA Draft, Connaughton faces one of the hardest dilemmas of his sports-based life.

Here’s what you need to know about the dominant two-sport athlete:

1. Connaughton Signed a $428,000 Bonus With the Orioles Last Spring

Connaughton made headlines last year when he was selected by the Baltimore Orioles in the fourth round of the 2014 MLB Draft. He was the highest pick for a Notre Dame pitcher in six years, selected 121st overall.

Although he had every intention of returning to school for his senior season, Connaughton signed with the Orioles, earning a $428,100 bonus in June 2014. MLB sources told ESPN that number could have much higher – in the realm of $1 million – if Connaughton had been completely, and publicly, devoted to baseball.

Still, Connaughton got his moment on the mound last summer. He pitched in six games for the Aberdeen IronBirds, the short-season Class A affiliate of the Orioles, and finished with a 2.51 ERA, giving up 13 hits and striking out ten. His fastball was clocked in the mid-90s.

2. He Returned to Notre Dame & the Basketball Team Because He Wanted to Graduate

Connaughton always knew he would finish out his collegiate career, as a senior, at Notre Dame. Despite being selected by the Orioles in the MLB Draft after his junior year, he knew, no matter what, he would be back in green and gold.

He told the Boston Globe:

When it came down to making a decision, there really wasn’t a decision for me to make. I kind of knew the whole time in my heart I wanted to come back. I wanted to not give up on basketball, let alone on this team and this university, before I thought it through.

Although he did pitch in the New York-Penn League last summer, Connaughton was off the field and back on the hardwood in mid-July, participating in summer workouts with the Irish and joining the team on its tour of Italy.

Connaughton was named a captain in his senior season and averaged 12.5 points and a team-high 7.4 rebounds per game, leading Notre Dame to its fifth NCAA Tournament appearance in six years. He also graduated with a degree in management consulting.

3. He Didn’t Start Drawing D-I Basketball Offers Until an AAU Tournament in Florida that Connaughton Said ‘Changed My Entire Life’

Connaughton attended St. John’s Prep in Danvers, Massachusetts and, even then, was a standout in more than one sport. He played baseball and basketball and, for good measure, was also the quarterback of the football team. His college-level interest seemed to be mostly focused on baseball, however, with offers from Virginia and North Carolina. He was drafted, for the first time, by the San Diego Padres in the 38th round in 2011.

Still, Connaughton couldn’t quite shake basketball. He was receiving offers from DII schools at the same time he was being drafted by the MLB when he experienced one week, and one tournament, that would change his life forever.

He competed at the AAU Nationals in Orlando, Florida following his junior year in high school and when he posted 33 points and 20 rebounds in one games, top-tier schools started to take notice. Connaughton, who said, “that week completely changed my entire life,” ended up picking Notre Dame over the likes of UCLA, Vanderbilt and Miami, all of which had told him they were willing to let him play both sports.

4. Connaughton Impressed at the NBA Combine in May

There were some NBA scouts that had labeled Connaughton “deceptively athletic,” heading into this year’s predraft workouts. He quickly proved that idea wrong with a standout performance at the draft combine in Chicago.

Connaughton isn’t deceptive anything. He is, quite simply, athletic. At the combine, the 6-foot-5 shooting guard recorded a 44-inch max vertical, 37.5-inch standing vertical and added a 10.74 second time on the lane agility drills.

Connaughton worked with out with several NBA teams, including the Indiana Pacers, already and while the Orioles still hold his athletic rights but he has said the franchise has given its blessing to pursue basketball. If he ends up with only overseas or D-League offers, Connaughton added he would report to Baltimore for the summer. 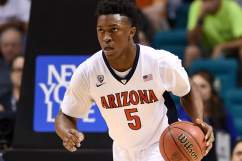 If Connaughton should hear his name this weekend, likely in the second round, he would be joining an elite group of athletes who have been selected in more than one professional draft. It would be the first time that an athlete had been drafted by both the NBA and MLB since Mark Hendrickson in 1997.

Hendrickson played in both leagues but not at the same time. Ron Reed also played in the NBA from 1965-67 and MLB from 1966-84 and is the last player to compete in both sports during the same year. In all likelihood, Connaughton will not be able to do that. In fact, if the lanky pitcher/guard doesn’t make a final decision on one sport soon, he may actually hurt his chances of playing either.

I think it would hurt his value. We’ve seen guys do baseball and the NFL, like Bo Jackson and Deion Sanders, but that’s just different the way those seasons work. Now everything is year-round. You only have 15 roster spots in the NBA, so you don’t want to use one of those roster spots on a guy who is going to be playing another sport. In his particular instance, he’s a guy who you want­­­ to focus on basketball. Part of the upside with him is let’s see how good he is when he’s focused on basketball year-round.