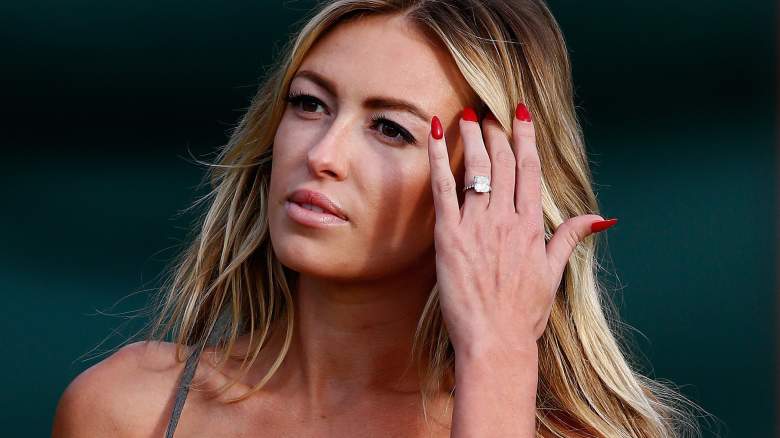 Paulina Gretzky supports fiance Dustin Johnson as he finishes second at the 2015 US Open at Chambers Bay. (Getty)

Dustin Johnson and Paulina Gretzky are undoubtedly one of the most popular couples in golf. That’s what happens when the sixth-ranked golfer in the world and daughter of the greatest hockey player ever get together.

The couple has endured some trials and tribulations over the past year, but they seem to have recovered, as Johnson finished second at the 2015 US Open and is now right back in contention at the 2016 version at Oakmont. Let’s take a look at everything you need to know about the woman cheering him. 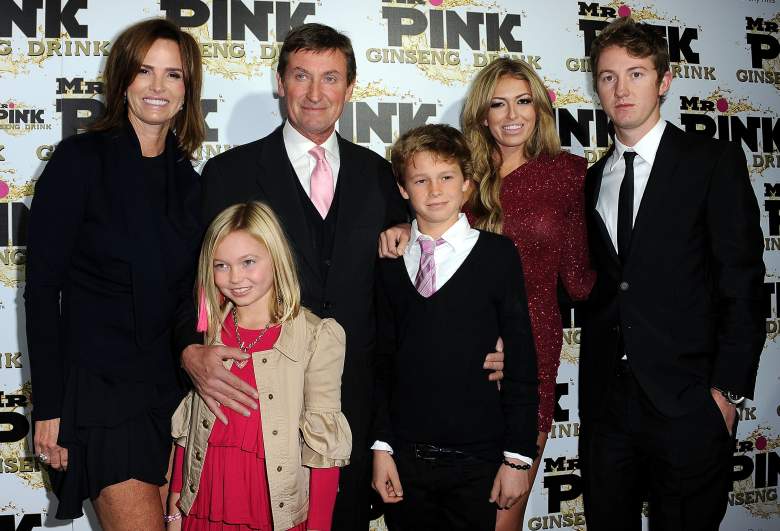 Paulina with her parents and three of her four siblings. (Getty)

Paulina was born December 19, 1988, just four months after Wayne Gretzky was traded from the Edmonton Oilers to the Los Angeles Kings in what became one of the most important moves in NHL history.

Known as “The Great One,” papa Gretzky is widely regarded as the greatest hockey player of all time. He won nine Hart Trophies, four Stanley Cups and two Conn Smythe Trophies. He has nearly 1,000 more NHL points (2,857) than any other player. Basically, Paulina has the coolest dad ever.

Her mother, Janet Marie Gretzky (nee Jones), is an actress who has appeared in A League of Their Own, Alpha Dog and several other movies.

Paulina also has four younger siblings. Three are boys, and the youngest is a girl.

2. She Has Done Work as a Pop Singer, Actress & Model 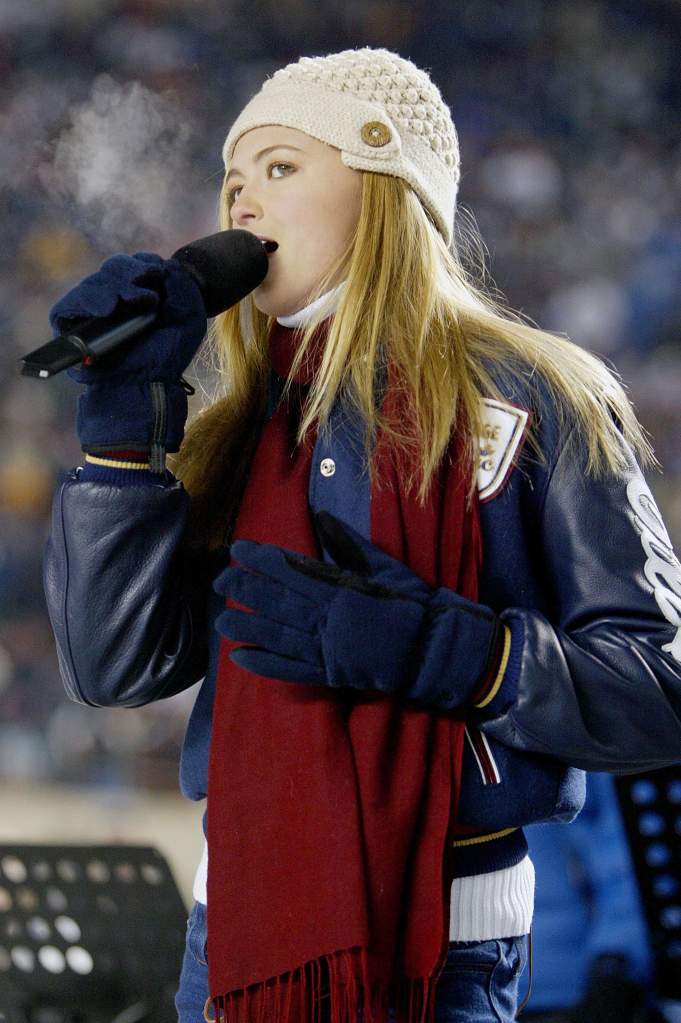 A young Gretzky performs at the Molson Canadien Heritage Classic in 2003. (Getty)

Although Gretzky is perhaps known best for being The Great One’s daughter and posting pictures on her Instagram account, she has accomplished plenty of other feats throughout her career.

Some of Paulina’s earliest work as an entertainer came when she was just 14 years old, when she sang “I Will Remember You” at the 2003 Heritage Classic between the Edmonton Oilers and Montreal Canadiens. She also has her own single, “Collecting Dust,” which is available on iTunes.

As a model, Gretzky has appeared in Flare and Maxim, and in May 2014, she graced the cover of Golf Digest.

Finally, her actress work is limited, with her most recent appearance coming in Grown Ups 2 in 2013.

After less than a year of dating, Johnson and Gretzky were engaged in August of 2013.

However, almost two years later, there has yet to be a wedding, largely believed to be because Johnson battled turbulent times during the second half of 2014. When he took a six-month leave of absence to “seek professional help for personal challenges,” rumors flew that he tested positive for cocaine and “had affairs with two wives of PGA Tour players.”

Johnson returned to the Tour in January, seemingly recovered. He said that cocaine was never an issue and that he had stopped drinking vodka, which had been his vice.

Janet, his future mother-in-law, talked about Johnson’s improvement and his continued strong relationship with Paulina:

Maybe he wasn’t comfortable in his own skin before. Maybe he felt a little alone out there. He’d go off with certain people and groups, and you don’t understand if they’re really your friends. Now, there’s no mistaking. Paulina loves him to death. We love him and support him. We don’t judge him. No one is perfect. What is perfect is if you can do it the right way.

The couple hasn’t tied a knot, but the remain together, and Paulina is a constant source of support at tournaments.

Tatum Gretzky Johnson was born January 19, 2015, and the birth of a son helped Johnson move past the difficult time in his life and find a new, positive outlook on everything.

“You know, Paulina and Tatum were waiting for me when I got done,” he said after winning the WGC-Cadillac Championship in March. “That was the best part of the day for sure.”

5. She Has an Impressive Golf Swing 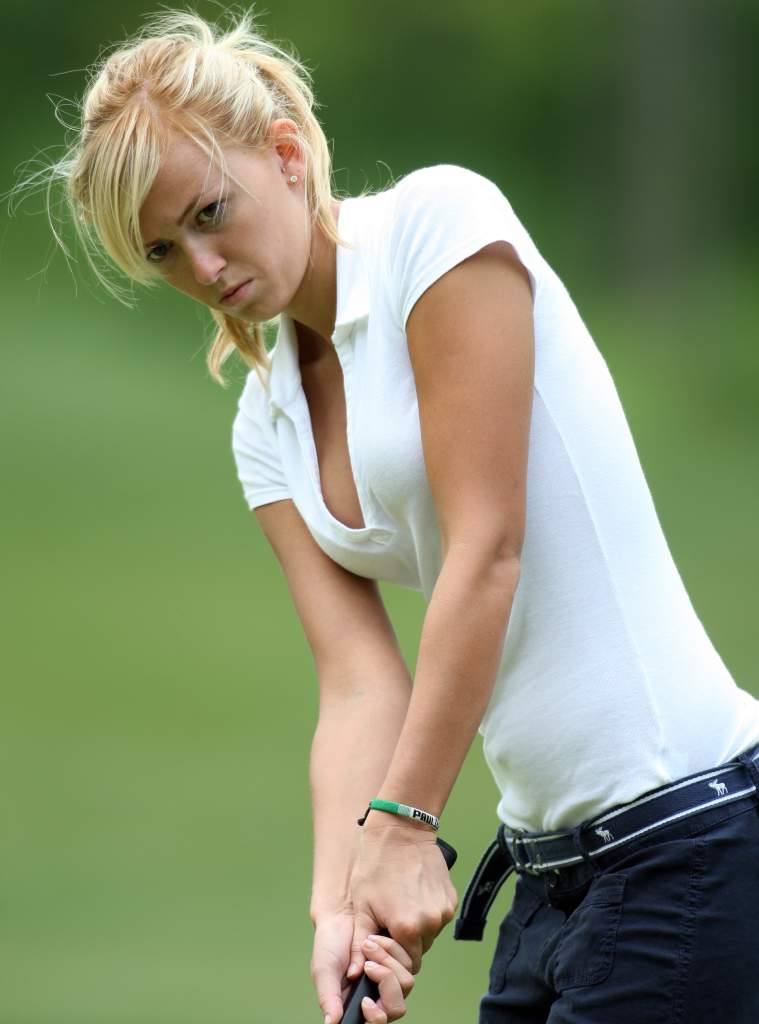 CLARKSBURG, ON – JUNE 26: Paulina Gretzky at the Ford Wayne Gretzky Classic in 2008. (Getty)

Paulina has apparently picked up a tip or two from Johnson. In a video posted last year, she showed off solid form on her swing:

That’s a far cry from what she describes as her first time playing golf:

The first swing I took in my dad’s tournament, I whiffed it in front of 30 people. It was probably the best thing that ever happened to me because I’m really competitive like my mom and dad, and it made me want to keep trying.

Despite the solid swing, Gretzky says she enjoys watching Johnson play more than playing herself.