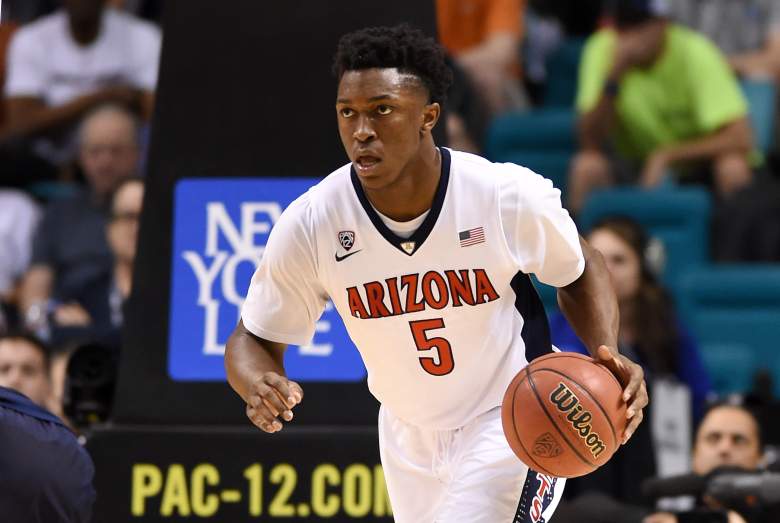 Stanley Johnson already has quite the basketball resume to his name.

At just 19 years old, the California native was a four-time state champion at Mater Dei High School, an All-American as a freshman at Arizona and, he hopes, a top NBA Draft pick this weekend.

According to Draft Express, Johnson ranks No. 2 in this year’s group of small forwards and No. 8 in the site’s overall mock draft. He’s unquestionably talented, with a quick release on both his shot and his pass, and he’s also not lacking in confidence. The question remains, though, where will Johnson end up?

Here’s what you need to know about the former Wildcat:

When Johnson was growing up he and his friends called his mother, Karen Taylor, ‘Coach K.’ It was a nickname she had more than earned. After all, Karen had played college basketball at Jackson State and is still pretty confident she could drain a 17-footer in her son’s face.

Although she and Johnson’s father, Stanley Sr., both played a part in raising the NBA prospect, Karen had primary custody and the two spent most of their free time in the gym, practicing those 17-foot jumpers.

Taylor even created the So Cal Tigers AAU Club to help foster her son’s career and practiced media relations with Johnson in the living room. It worked because Taylor understood what it took to be a top-tier athlete. She played overseas for five years after college and was inducted into the Jackson State Hall of Fame in 2009. She told Sports Illustrated:

I was never an average player. He has no choice. I made all the things happen in my life and I’ve always told him, ‘You’re going to do greater things in your life than me if you work at it. He was there when I got inducted into the Hall of Fame. He knows my game had flash.

Once Johnson found himself on a basketball court, there was no stopping what his talent and that talent found a place at Mater Dei High School.

Johnson did everything at Mater Dei, whose reputation as a national basketball powerhouse is what attracted him to the school, working under legendary coach Gary McKnight. He played every position, actually beginning his career as a center during his freshman season before becoming the Monarchs point guard during his senior campaign.

Over four seasons at Mater Dei, Johnson led the team to four consecutive state titles, becoming the first California player to ever do that. His performance led McKnight, who has coached 70 Division I players and eight NBA players, to proclaim that Johnson was most talented player he’s ever worked.

Coming out of high school, Johnson was one of the top recruits in the entire country, a five-star point guard and ranked No. 7 overall by ESPN.

3. He Led Arizona to an Elite Eight Appearance in March 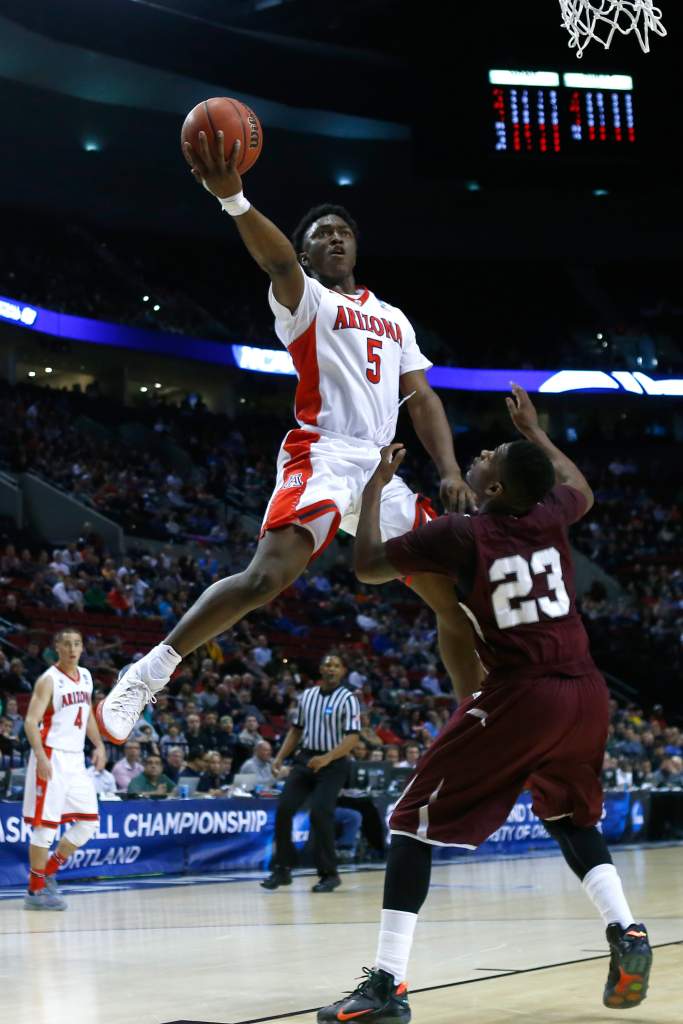 The expectations were sky-high for Johnson entering his freshman season at Arizona and he, unequivocally,met all of them. Johnson, who was listed on the Wildcats roster as a forward, was a force at all five spots on the floor and a metaphorical menace for opposing defenses.

Johnson was named the Julius Erving Small Forward of the Year, the Pac-12 Freshman of the Year and was named to the Pac-12 All-Tournament team. He also averaged a team-high 13.8 points and 6.5 rebounds as well as 1.5 steals per game.

While the awards and the regular season stats were impressive, it was Johnson’s post-season leadership that earned him the most attention, and sparked the biggest draft storylines. Johnson led the Wildcats to an Elite Eight appearance and his frustration at losing in that round was not only vocal, it was commendable – at least when pro teams were concerned.

This is a kid who does not like losing. He told Fox Sports:

4. Johnson Has Been Confident on the Pre-Draft Circuit, Telling Teams He Is ‘The Best Player in the Draft’

Johnson has never been shy about expressing himself to the media and that trait has not changed now that he’s one of the top draft prospects in the country. In fact, he might even be more vocal than before.

MassLive.com reporter Jay King questioned Johnson last month, asking him why teams should select him in the draft and his answer was nothing if not straight forward:

Why should an NBA team draft you, Stanley Johnson? "Because I'm the best player in the draft."

Johnson followed up his first comment with a bit more confidence at the NBA draft combine, saying:

I can score from all three levels pretty well. I can be the primary ball-handler in any pick-and-roll or any two-man games situation. On defense, I’m going to play hard. I’m going to play smart, and I’m a nasty competitor. I don’t think there are many guys that want to win and want to compete as much as I do. I’ll definitely bring that to the locker room.

5. Johnson Reportedly Refused to Work Out for the Charlotte Hornets

Draft Express’ Jonathan Givony first reported that Johnson refused to work out for the Charlotte Hornets, who own the No. 9 pick in the upcoming draft:

Stanley Johnson reportedly refusing to work out for Charlotte, who are drafting 9th. Hoping to get picked by Detroit (#8) or Miami (#10).

If true, it’s an interesting move for Johnson who would fill a need for the Hornets on the wing and Givony’s report add a bit of fuel to the fire that was originally tweeted out by the Charlotte Observer’s Rick Bonnell:

Stanley Johnson reportedly refusing to work out for Charlotte, who are drafting 9th. Hoping to get picked by Detroit (#8) or Miami (#10).

So who did Johnson work out for? The former Arizona standout was in the gym with the Detroit Pistons, Los Angeles Lakers, Miami Heat and the Denver Nuggets, where he was filmed throwing down some serious dunks. The chances that Johnson goes high in this year’s draft are also pretty high. According to FiveThirtyEight, the on-court every man is No. 5 among this year’s class to find success as the NBA level, with a 15.2 percent chance of being a star and a 34.2 percent chance of becoming a starter.