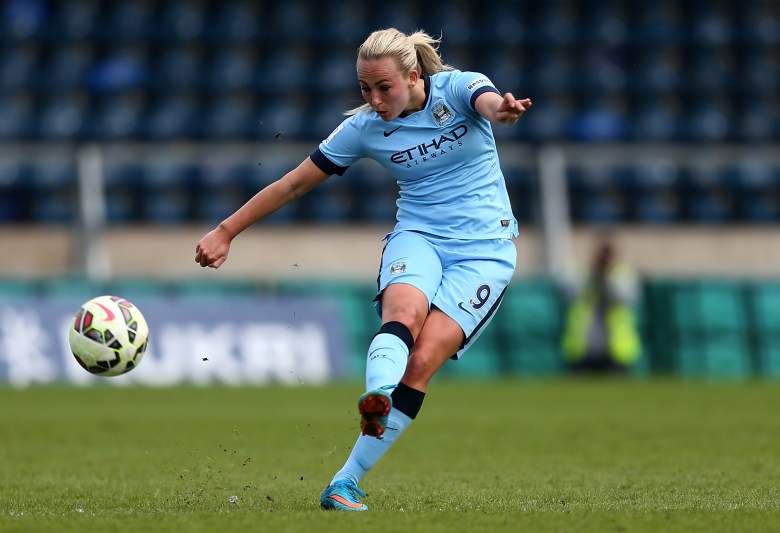 The World Cup is the biggest stage in women’s soccer, giving the best players in the world a chance to shine in front of a large audience. Toni Duggan, one of the best players in England, hopes to lead her country into the knockout stages for the third consecutive tournament — England reached the quarterfinals in 2007 and 2011. England faces a must-win against Columbia on Wednesday.

Duggan is a 23-year-old forward who played all 90 minutes of her team’s 2-1 win over Mexico in the last match. She’s represented England at every level and has played her entire career at home.

Here’s what you need to know about Duggan:

1. Grew Up a Liverpool Supporter 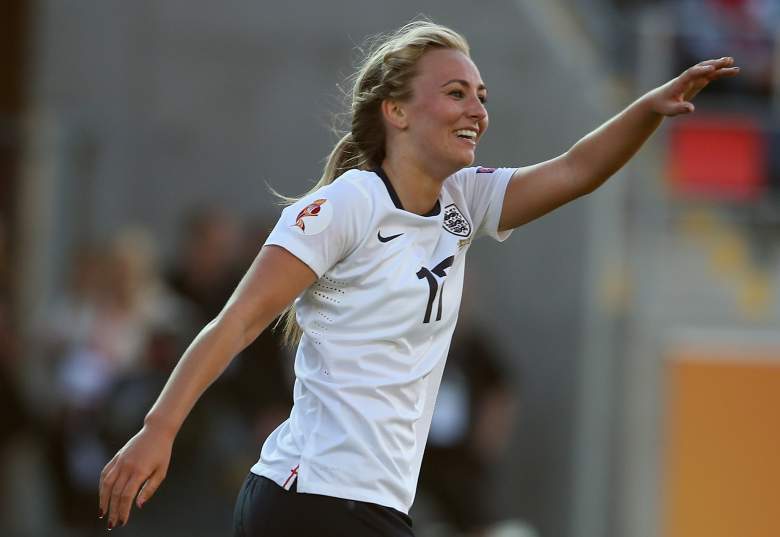 Duggan, the middle of three children, was born in Liverpool. She began playing soccer at a young age and gravitated to forward for her U-8 team. Though she loved the Reds, it was rival Everton that discovered her talents. She made her debut with Everton 2007 as a 15-year-old, though Liverpool was still in her heart.

“I’m a Red,” Duggan said in an interview with fourfourtwo.com in 2013. “But slowly swaying towards the blue half now. It’s quite mad. If you’d asked me this when I was eight or nine I’d have said no way! But something changed and Everton gave me that opportunity. Just being around the club [is great], going to training every day with the staff and seeing the men’s players on occasions. Nowadays I want to see Everton do well too. All my family are Liverpool fans, so if I’m sitting there wanting the other half to win it’d be awful!” 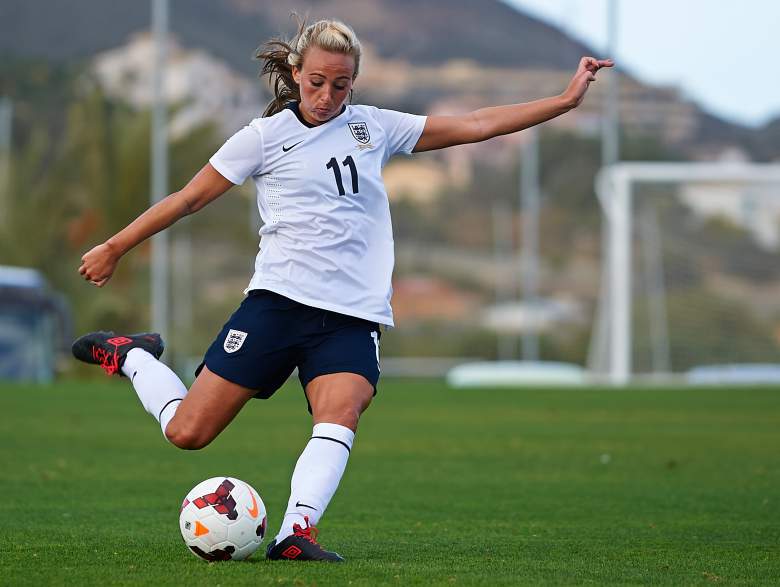 After making her initial debut with Everton, Duggan would move on to spend six years with the club. Unlike the men who play a 38-game domestic season, the women play far fewer matches. The Football Association Women’s Super League, which was established in 2011, is an eight-team league that plays 14 matches. In it’s previous iteration, Everton took second place in 2008-2009 and 2009-2010. In 2010, Duggan helped Everton win the FA Cup.

In her final season with Everton, Duggan won the team’s Player of the Year award. 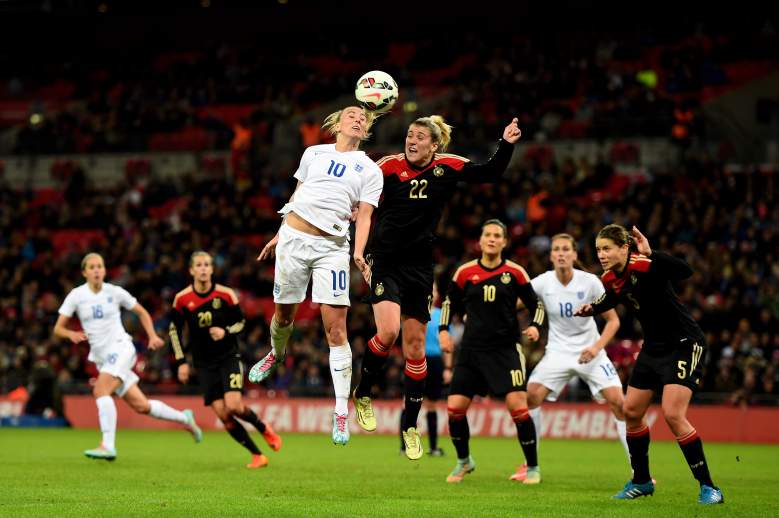 In a similar pattern to how Manchester City has invested countless millions into the men’s program, a refocus on the women’s team was also recently made. Though originally founded in 1988, Manchester City Ladies had no tradition until the last couple of seasons when they’ve been aggressive in signing players. One of these players was Duggan, who signed from Everton after the 2013 season.

In addition to Duggan, Manchester City signed several other players and upgraded all of its facilities. In her first 18 months in Manchester, Duggan has made about 20 appearances, i scoring this ridiculous goal. 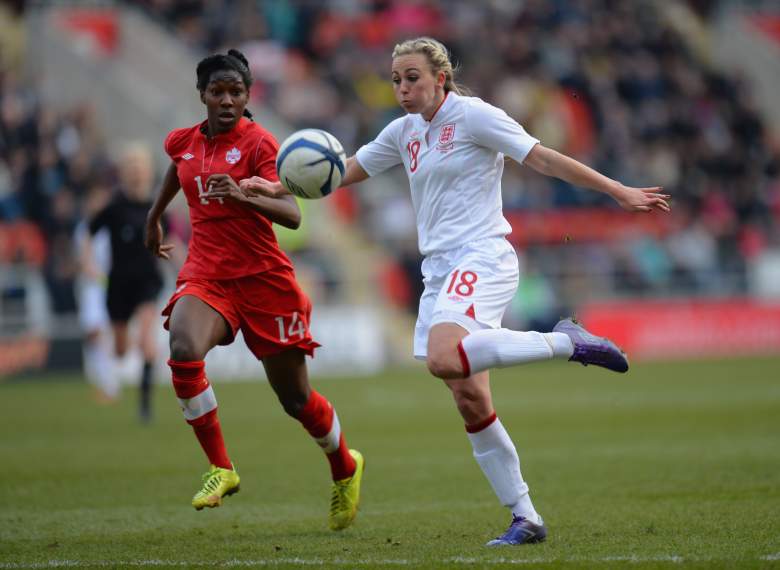 With a blossoming club career on the rise, Duggan turned her attention to England. She finally earned her first cap in the fall of 2012, and scored her first goal in 2013 against Scotland. Duggan helped England dominate its World Cup qualifying group, as the Three Lions won all 10 games, scoring 52 goals and yielding just one. Duggan scored 10 of those goals.

Her form led her to be awarded with England Player of the Year honors for the first time in her career. Entering the World Cup, England was slotted as eighth favorites (25-1) to take home the trophy.

5. Was Embroiled In Controversy When She Posted Photo With Louis van Gaal

Duggan was forced to apologize for her actions on her facebook page, writing: “I now appreciate the significance of my actions and can assure everyone connected with Manchester City that I am proud to represent the Club and wear the shirt.”

She received support from the public as a vocal minority forced the decision.

I thought April Fools was a fortnight ago! Free @toni_duggan http://t.co/WQ4sPPxnY4

Read More
Soccer, Women's World Cup 2015
English forward Toni Duggan is making her first appearance in a World Cup. Here's what you need to know about the Manchester City striker.