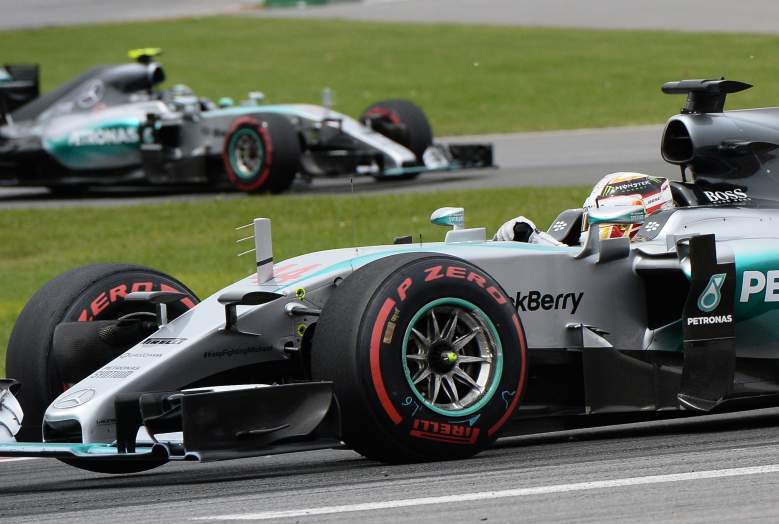 Mercedes led out a procession in Montreal (Getty)

This weekend sees Bernie Ecclestone’s Formula 1 fraternity role into the Red Bull Ring for the 28th running of the Austrian Grand Prix, revived last year after a decade-long hiatus from the F1 circuit.

All and sundry will be hoping that Sunday’s race is a darn sight more exciting than a fortnight ago in Montreal, when Lewis Hamilton lifted, coasted and bored his way to victory at the Canadian Grand Prix in a race which produced just one memorable highlight: a groundhog meandering across the track.

With teammate and sole Drivers Championship rival Nico Rosberg completing a fourth Mercedes 1-2 in seven races, Canada was another stark reminder of the Silver Arrows’ dominance. Indeed, Ferrari appear to have already given up any pretense of challenging for the top spot: having failed to make the podium at Montreal, the Scuderia’s official Twitter handle positively boasted that “we are still second best.” Shooting for the stars…

So, are there any crumbs of comfort for the rest of the field to be garnered from last year’s Austrian Grand Prix? First, the good news: Austria was the first race of 2014 where Mercedes weren’t on the front row of the grid, with Rosberg third and Hamilton way down in ninth. The bad? They finished the race first and second.

In the U.S., NBC Sports’ live coverage of the race starts at 7:30am Eastern on Sunday June 21st. Replays of the race will be available via NBC Sports Extra after the race.

Viewers in the UK without a Sky subscription can catch extended highlights on BBC One from 5:15pm BST on Sunday, with live commentary available on the BBC 5 Live radio station from 1pm BST. 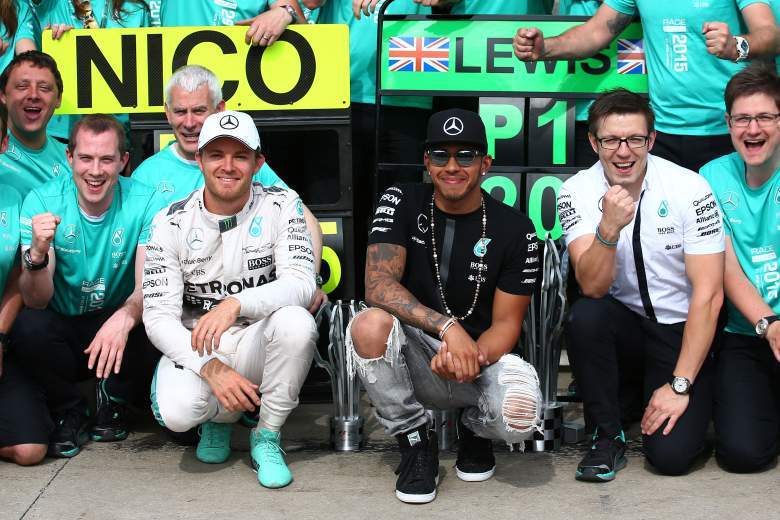 Hamilton and Rosberg celebrate their 1-2 in Canada (Getty)

Viewers in the U.K. can watch the race online through Sky Go. You’ll need the log-in and password for a satellite subscription — either yours or someone else’s — to access the stream. For viewers in the UK who don’t have a
Sky subscription, you can watch extended highlights via the BBC iPlayer site from 5:15pm on Sunday. 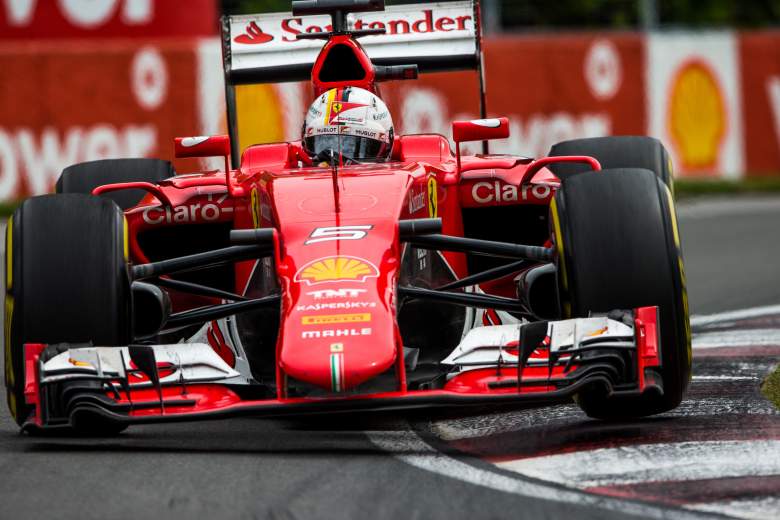 Can Sebastian Vettel and Ferrari close the gap in Austria?

Mobile users in the UK who don’t have access to Sky Sports can watch extended highlights of the race via the BBC iPlayer app from 5:15pm on Sunday. You can download the app for free from the App Store or Google Play store. No subscription is required, though you should have a Television License to watch.