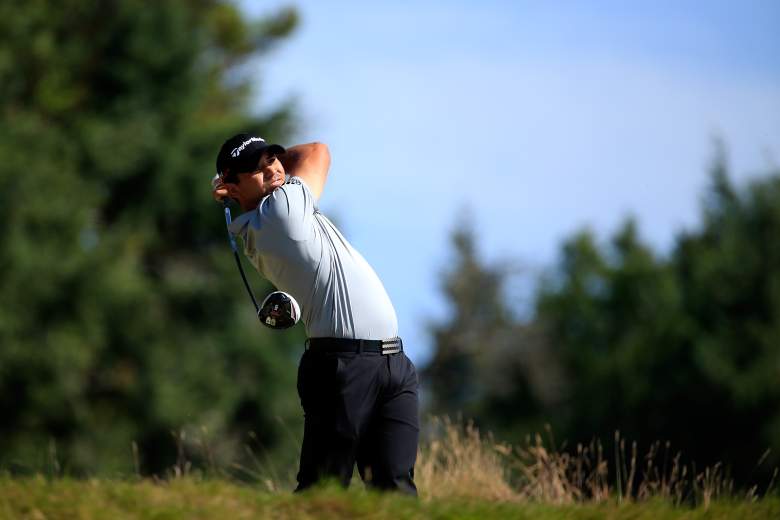 Despite collapsing on the course Friday, Jason Day rebounded with a 68 in Round 3. (Getty)

The final round of the 115th U.S. Open will undoubtedly be must-see TV.

Four players — Jordan Spieth, Jason Day, Dustin Johnson and Branden Grace — are all at 4-under entering Sunday with a Chambers Bay course which has been a challenge for all the players.

Spieth won the Masters in April and Day collapsed after a bout with vertigo during the second round Friday.

It has all the makings of an unforgettable finish.

Here’s the TV and live streaming schedule (all times Eastern):

If you have access to a cable or satellite subscription, you can also watch in the following ways:

How to Watch U.S. Open Final Round Online

Right after Dustin Johnson double-bogeyed No. 13, @JDayGolf had this sporty shot on No. 17 to move to -3. http://t.co/7KTZEC0Ipq

Special online live coverage will be available for free at usopen.com. The site will stream the featured groups and holes each day.

How to Watch U.S. Open Final Round on Mobile

Add @JBHolmesGolf to the highlight reel with this eagle on No. 16. #USOpen http://t.co/Kk9MaMFq9b

Read More
FOX, Golf, US Open 2015
The final day of the U.S. Open is guaranteed to be must-see TV, so you won't want to miss it. Click here to see all the ways to watch Sunday's action.