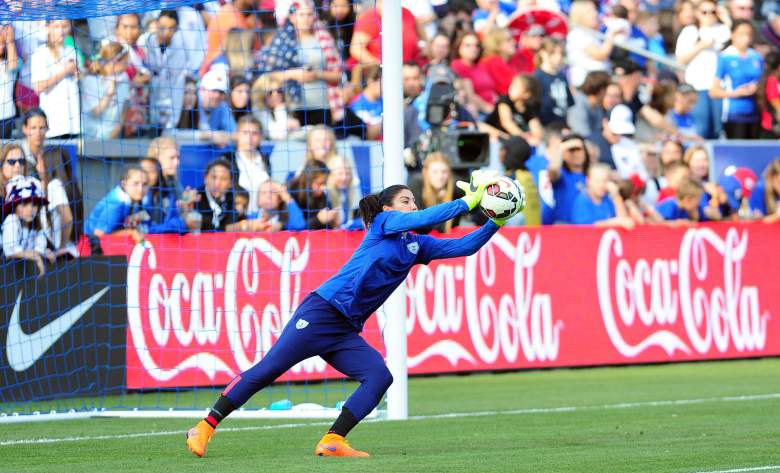 Hope Solo will be in goal for the U.S. National team Monday night vs. Australia. (Getty)

The match is scheduled for 7:30 p.m. Eastern and will be aired by FOX Sports 1.

Team USA is favored to win the month-long event, which culminates with the final on July 5.

On the call Monday for FS1 will be J.P. Dellacamera (play-by-play), Tony DiCicco (analyst) and Cat Whitehill (analyst). The trio will call all of USA’s Group D matches.

But if you can’t be in front of a television, there are other ways to catch the action, including online or on your mobile device.

How to Watch USA vs. Australia Online

How to Watch USA vs. Australia on Mobile