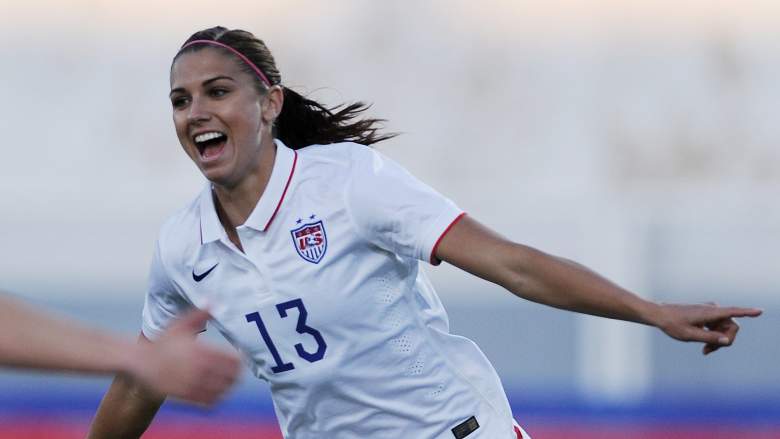 Alex Morgan does it all. She’s a prolific goal-scorer for the United States Women’s National Team, she has endorsement deals with countless big-name companies and she’s even a children’s author.

She’ll have more of the mainstream popularity of being the pretty girl and being able to cross over to 15- and 25-year-old men—the Mia Hamm-like qualities that touch millions. But she’s not just a pretty face. So much attention on women in sports is based on looks, but Alex backs that up with even stronger athleticism. I’d absolutely compare her to David Beckham in terms of her appeal.

Let’s take a closer look at everything Morgan does.

1. Her Net Worth is Estimated at $3 Million

This number varies depending where you look, but CelebrityNetWorth.com estimates Morgan’s net worth to be $3 million. While that’s hardly a number to scoff at, it feels like a low-end estimate.

She made nearly $300,000 in salary alone from April 2012 through March 2013, and according to a report by BBC’s Alistair Magowan, Morgan now makes $3 million annually. That would seemingly push her net worth much closer to, if not higher than, the eight-digit mark.

2. She Has Endorsements With Nike, Coca-Cola & Many Others

Find a Coke with my name & tweet a pic with #ShareACokeWithMeSweeps for a chance to win a training session with me! pic.twitter.com/ZVoa8gdA2H

Simply put, Morgan is a marketing superstar. She’s young, she’s talented, she’s accomplished and she has commercial appeal. Ever since her rise to national stardom during the 2011 World Cup, she has been earning endorsements left and right. Her biggest deals are with Nike and Coca-Cola, but she has struck up partnerships with plenty of other companies.

Throughout the past four years, Morgan has done work with Bank of America, GNC, Ubisoft, Chapstick and Nationwide Insurance. Most recently, she has essentially served as the headliner for EA Sport’s inclusion of women’s teams in FIFA 16.

Considering all the brand names, it’s not surprising that, according to the BBC report, Morgan makes about $2.8 million in endorsements per year. That number was around $1 million just two years ago.

.@Forbes names its #30Under30 in Sports, including our own @AlexMorgan13. http://t.co/kGkVTtsPv6 #baonpdx #nwsl pic.twitter.com/BsgQmoXDZc

In January 2015, Forbes released its “30 Under 30” list, which highlights the sports world’s brightest young stars. Morgan made the cut, and she was one of just seven female athletes to do so.

She expressed her gratitude for receiving the honor:

Honored to be named on Forbes 30under30 sports list!i feel lucky to be surrounded by so many great people that help me push myself everyday.

4. She Has Authored Multiple Children’s Books 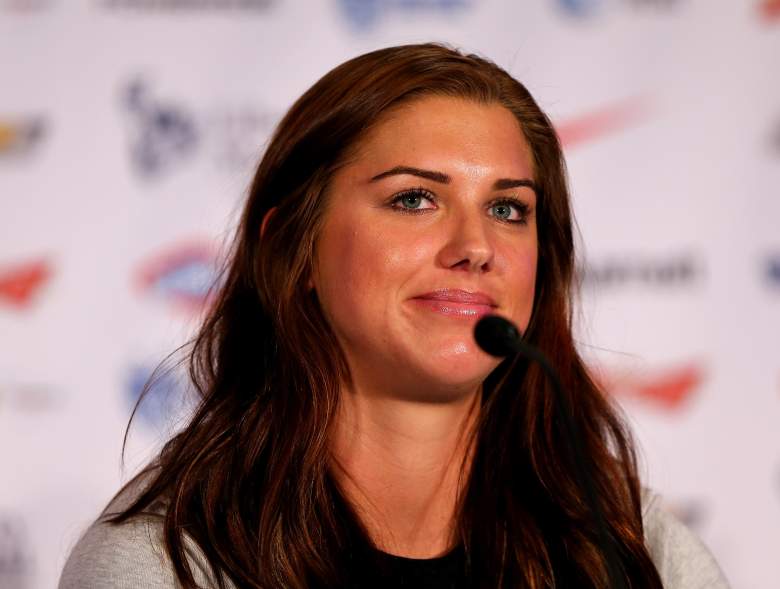 As if dominating on the pitch and in the marketing world wasn’t enough, Morgan is also an author. She has written three fictional books in The Kicks Collection, which center around a young girls soccer team and are aimed at kids between eight and 12 years old.

The first book in the series, Saving The Team, was a New York Times Bestseller.

And now it has transformed into a TV show:

Wish @alexmorgan13's #TheKicks series were a TV show? Now it is! Stream the pilot episode on Amazon & leave a review! http://t.co/CRMxbF3qF2

5. She Is Married to Professional Soccer Player Servando Carrasco

The best day ever. pic.twitter.com/k1SFv2uxDV

Carrasco, who is in his fifth season in the MLS, made just under $50,000 in 2014 with the Houston Dynamo. He now plays for Sporting Kansas City.