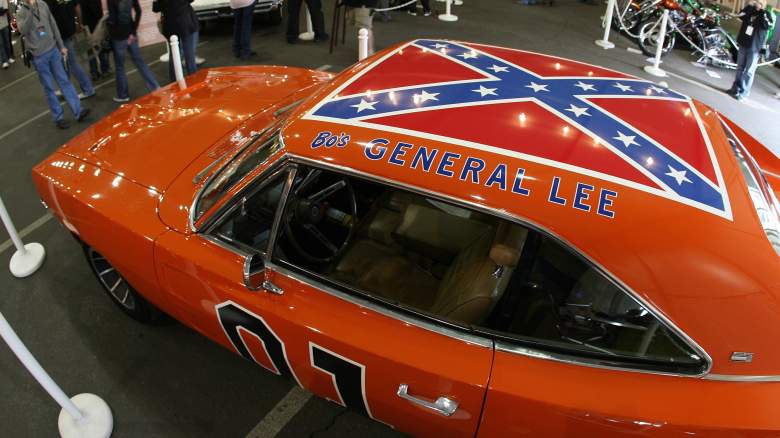 Several years ago, Bubba Watson bought one of the famous General Lee cars from the highly popular television show “Dukes of Hazzard.” Now, he’s getting ready to paint over it.

Or at least part of it. The two-time Masters winner revealed his plans to paint the American flag on the roof of the car, a spot previously home to the increasingly controversial Confederate flag:

All men ARE created equal, I believe that so I will be painting the American flag over the roof of the General Lee #USA

There are several General Lee cars that were used in the show, but Watson’s is unique. Purchased for $110,000 at the Barrett-Jackson automobile auction in 2012, this car is known as the “Lee 1,” which means it was the one used to jump the police car in the show’s opening credits.

Before heading to auction, the car was restored over a 16-month period. When he bought it, Watson called it “his dream car.”

2. He Had the Car Signed by John Schneider

A couple months ago, Watson returned to the same auction he originally purchased the car and got it signed by an extremely important figure in the show’s history: John Schneider, who played Bo Duke from 1979 through 1985.

3. TV Land Recently Pulled Episodes of ‘Dukes of Hazzard’ From Its Lineup

Just a couple of days ago, amid the ongoing controversy surrounding the Confederate Flag, TV Land decided to stop showing repeat episodes of the show. Interestingly enough, the decision was met with anger from the same person who signed Watson’s car.

“The Dukes of Hazzard was and is no more a show seated in racism than Breaking Bad was a show seated in reality,” said Schneider. “I am saddened that one angry and misguided individual can cause one of the most beloved television shows in the history of the medium to suddenly be seen in this light.”

Watson is often spotted taking the General to different events, but when he attempted to drive the car at Phoenix International Raceway during a NASCAR event in 2012, he was refused.

NASCAR, an especially popular sport in the southern United States, has since taken further steps against the flag with the following statement:

As members of the NASCAR industry, we join NASCAR in the desire to make our events among the most fan-friendly, welcoming environments in all of sports and entertainment.

To do that, we are asking our fans and partners to join us in a renewed effort to create an all-inclusive, even more welcoming atmosphere for all who attend our events. This will include the request to refrain from displaying the Confederate Flag at our facilities and NASCAR events.

5. He Has Previously Acknowledged The Car Being Offensive

Sorry to all that are offended by my car "General Lee 1" but car is #Awesome http://t.co/RaLIenR6

Watson sent the above Tweet shortly after buying the new car, acknowledging that while it may offend some, he didn’t plan on doing anything about it.

However, while the Confederate flag has long been a hot-button issue, the recent tragic events in Charleston, South Carolina, have magnified the issue. Many public figures have rejected the “Stars and Bars” flag, and now Watson, one of the most popular golfers in the world, is following suit.

Read More
5 Fast Facts, Breaking News
Bubba Watson's famous General Lee car has drawn controversy due to the Confederate Flag on the roof. He is deciding to change that.