Chicago Cubs third baseman Kris Bryant, the 2016 MLB Most Valuable Player, and his wife, Jessica Delp, have been together through high school. They tied the knot on January 7, 2017.

Bryant and Delp announced their engagement in December 2015. The two both grew up in Las Vegas, where they returned for their wedding.

Thankful for that cute boy 8 years ago that asked me out & now I get to call that man my fiancé❤️❤️❤️ pic.twitter.com/vZhx46qmSw

Only took me 8 years, but I can't wait to marry my best friend! Perfect way to end an unforgettable year!? pic.twitter.com/S9QTLUPN9k

Here’s what you need to know about the Cubs third baseman’s better half:

1. Delp & Bryant Have Been Dating Since High School

Delp and Bryant first started dating when they were just sophomores in high school, notes Larry Brown Sports. The two both attended Bonanza High School in Las Vegas and graduated together in 2010.

Kris Bryant saying in his first press conference he has a girlfriend. Definitely showing signs of being a rookie there.

Bryant made sure to let the world know that, despite his recent call-up to the big leagues, he was already off the relationship market. The Cubs third baseman told reporters that he had a girlfriend in his very first MLB press conference. Talk about efficient.

Sure, she’s dating one of the most talented baseball players in the entire MLB, a guy who racked up 54 home runs in college and helped the Cubs win their first championship in 108 years, but Delp is not without her own athletic talents. MaxPreps.com notes that she played both basketball and softball at Bonanza High School.

She’s even featured on the school’s wall of honor:

Of course, Bryant, who essentially rewrote his high school’s baseball record book, was also on the wall.

3. She Graduated From UNLV

Although they went to high school together, Bryant and Delp had a long distance relationship during college. While he packed his stat sheet at the University of San Diego, Delp was earning her degree in psychology at UNLV.

When she graduated in 2014, Delp joined Bryant on the baseball-playing road. The two moved to downtown Chicago when the Cubs first called him up to join the big leagues. 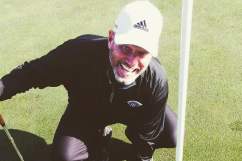 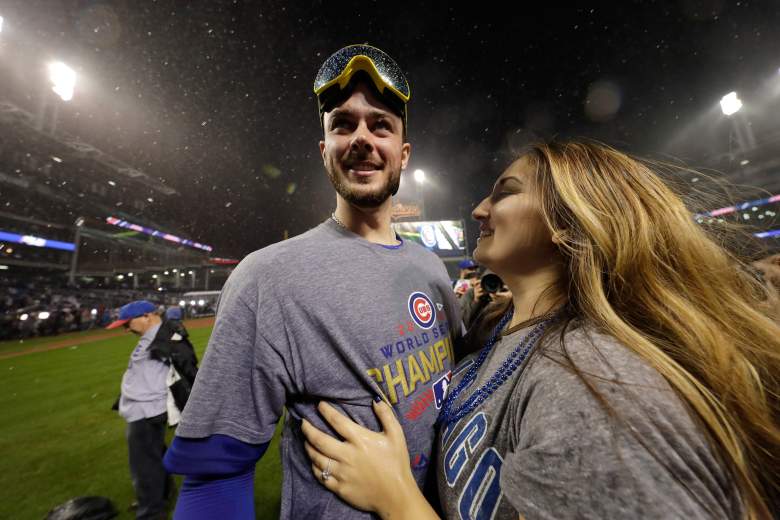 Jessica Delp and Kris Bryant after the 2016 World Series. (Getty)

Bryant wasted no time clearing the air in his first-ever MLB press conference in 2015. He said he had a girlfriend and the two were very serious.

The two, who recently celebrated nine years together, have been dating since they were in high school and have been each other’s biggest source of support from graduation to college to the pros. Now that Bryant’s an all-star and Home Run Derby participant, you can expect to see plenty of Delp and plenty of brand-new photos on her Twitter profile. For now though, click through the gallery to see some of the best photos of the UNLV alum and her baseball-playing husband.

As Bryant’s biggest supporter and most ardent fan, Delp joined Bryant on the road during the 2015 season and even spent time with him at Spring Training.

Delp posts frequent updates on Twitter, regularly posting about her baseball-related travels on social media. She even cheers on Bryant from a computer when she can’t make it to Wrigley field.

5. Delp Has Worked With Several Chicago Charities Since Bryant Joined the Majors

After Bryant was called up to Chicago, Delp was also called up, joinging the Cubs wives and girlfriends lineup. It’s also given her a new role, working with a handful of charities in the greater Chicago area.

Had an amazing day helping out a great cause with these beautiful ladies❤️ pic.twitter.com/YSZt6gVbic

Delp helped organize the Cubs “Favorite Things” auction in 2015, building a basket of Bryant’s favorite things for fans to bid on. She also appeared at events for the Jason Motte Foundation, a group that raises money to help improve the lives of Chicago-based individuals who have been diagnosed with cancer.