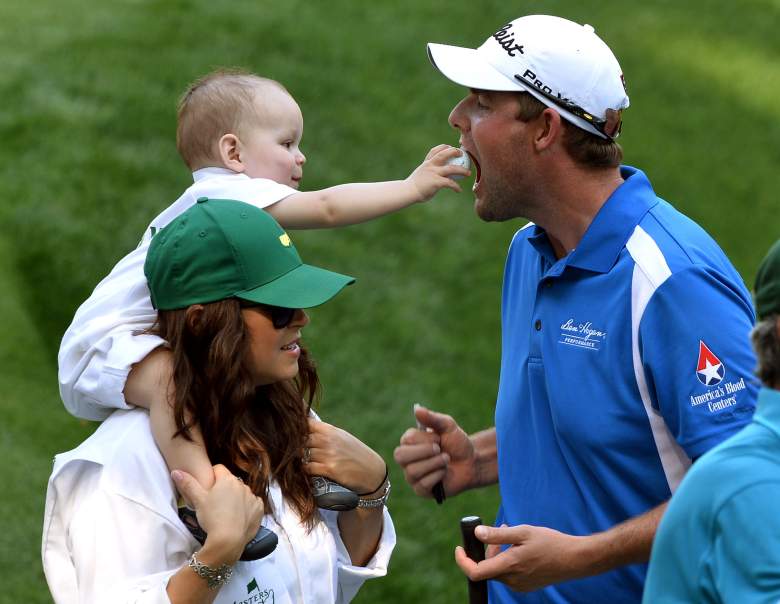 Marc and Audrey Leishman stared tragedy directly in the face this year and then, defiantly, walked away from it.

After Audrey was diagnosed with two different life-threatening illnesses, forcing medical personnel to put her in an induced coma, Marc considered everything to save his wife, even possibly walking away from golf completely. But, despite suggestions that it was impossible, Audrey fought, battling back to regain consciousness and even sending her husband back to the Tour.

Now, after Marc recorded one of the best-ever performances at the Open Championship with a dominant third-round performance, the couple is hoping to defy odds once again with a victory at St. Andrew’s. Here’s what you need to know about the pair:

The Leishman family faced tragedy head on earlier this year when Audrey was told she had a very small chance of surviving a series of infections that would, ultimately, put her in a coma.

It all began when Audrey first started feeling ill, citing flu-like symptoms and a what she believed to be strep throat. Only it got worse. And continued to get worse. She was, ultimately, diagnosed with acute respiratory distress syndrome and toxic shock syndrome. She was put in an induced coma so doctors could treat the respiratory distress but then the toxic shock took hold of her organs and professionals essentially told Marc to start making preparations for the worst.

We were told her chances of survival was at five per cent. The only thing in our favour was she was fit, goes to the gym all the time, is young and has two young kids and a real will to live. Thankfully in the end, that’s what got her through.

Doctors eventually opted to flip Audrey onto her stomach to help drain her lungs and she slowly but surely started to show signs of improvement. She regained consciousness four days after being put in the coma.

2. Marc Withdrew From the Masters to be With Her 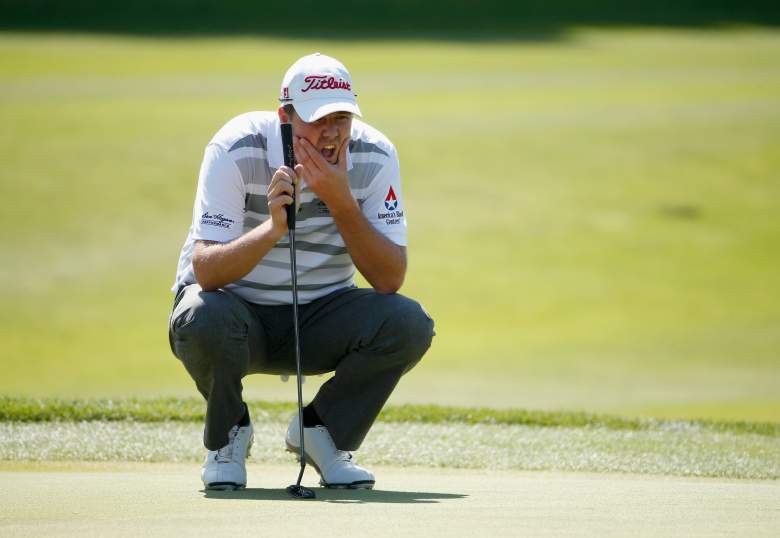 Of course, when Marc was told that his wife was fighting for his life, he left competition immediately to be by her side. March had been training at Augusta National at the tie preparing for the upcoming Masters but returned to the family’s home in Virginia Beach.

It was, to say the least, a trying time for the Leishman family and Marc in particular. He told ABC:

I was going crazy inside, not a whole lot of good things happened in that time. I was trying to stay strong for everyone else but I couldn’t eat, I lost 10 pounds in four days, I wasn’t sleeping. I understand what people go through when they are in these positions. We are so lucky. Her doctor was just amazing. I have no doubt he saved her life with his decisions. 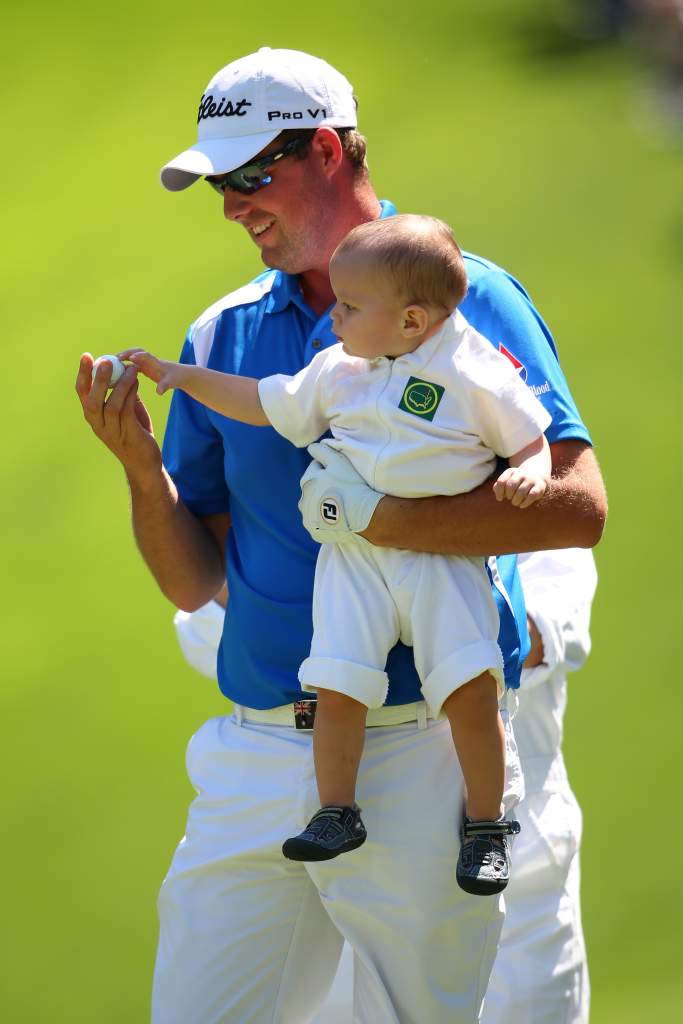 Marc and Audrey have been married since 2010 and are parents to two young sons, Harvey, three, and Oliver, who is almost two years old. Marc has no doubt that it was those two young boys who helped Audrey fight for her life after the initial diagnosis in April.

The couple is now trying to get back to normal. They’re building a brand-new home in Virginia Beach and Audrey was even able to get back on the Tour circuit at the Players Championship earlier this year.

2012 Travelers Championship RecapThe 2012 Travelers Championship featured top players, tons of excitement, and a first-time winner in Marc Leishman. Take a look back at an exciting four days in our recap video! . SUBSCRIBE to PGA TOUR now: http://pgat.us/vBxcZSh Welcome to the official YouTube channel of the PGA TOUR. Here you can find everything you need to…2013-03-06T22:15:38.000Z

Marc turned pro in 2005 and in 2007 he played his rookie season on the Nationwide Tour, finishing 92nd. He earned his PGA Tour card for the 2009 season and was voted The Rookie of the Year after recording three top-10 finishes.

He won his first tournament, after 96 starts, at the Travelers Championship in 2012, coming back from six strokes down to win by a stroke. Leishman shot a final round of 62, including eight birdies to match his career bet.

5. He Shot a 64 in the Third Round of the British Open – Two Over the Lowest Ever at a Major 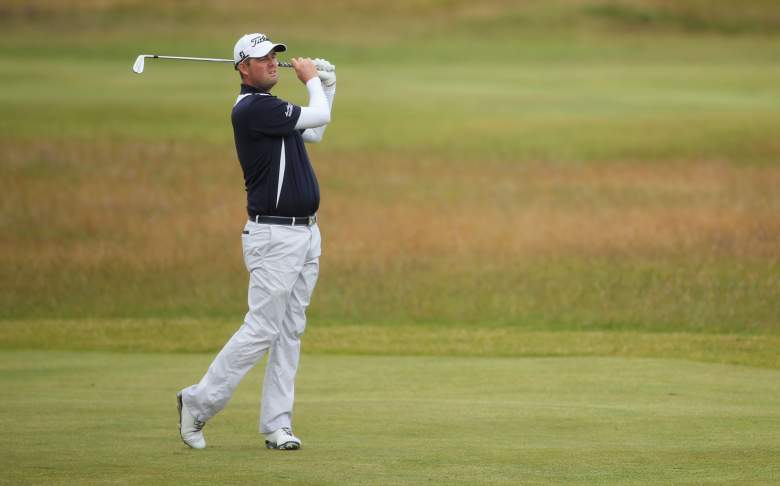 Marc’s improbable run during the British Open hit its most obvious stride on Sunday afternoon when the Australian native shot a third-round 64, moving him in the thick of contention ahead of the finals. Earlier in the tournament though, it did not look like Leishman would do much of anything on the fairways.

Leishman said yesterday his family is not here with him. Wife Audrey was in a coma earlier this year, forced him to WD from the Masters.

In fact, Leishman barely made the cut midway through the Open Championship and, at one point, was even sitting in the mid-50s on the leaderboard. But as he started to find his swing, and started taking advantage of the challenging elements at St. Andrews, Marc started to climb the board.

He even had a chance to shoot match the lowest round in a major championship, 62, but finished his round par-bogey. Still, Leishman couldn’t be too upset and his confidence during the final round, the very rainy and windy final round, was more than obvious.

Read More
5 Fast Facts, British Open 2015, Golf
The pair faced a terrifying health scare earlier this year and have emerged stronger than ever. Now, Marc is hoping to cap off their return at the Britsh Open.