On Sunday, Randy Johnson officially enters the Baseball Hall of Fame. The Big Unit will be celebrated. People will reminisce and talk about his towering height, his electrifying fastball, his “Mr. Snappy” slider, his embarrassment of John Kruk in the All-Star game, his four-consecutive Cy Young Awards.

And, of course, the bird.

For as many big moments as Johnson had throughout his marvelous 22-year career–his unbelievable 2001 World Series in which he won three games, his 20-strikeout game that same season, his perfect game in 2004–one of the most memorable came during a random spring training contest.

On March 24, 2001, Johnson, then a member of the Arizona Diamondbacks, was facing Calvin Murray of the San Francisco Giants. He delivered one of his typical fastballs that would have likely reached triple digits, only before it got to the plate, it collided with a dove passing by, and the result was a sea of feathers (you can see the video above).

Johnson, who admits that, outside of the ’01 World Series, that’s the event people ask him about most, hasn’t been afraid to embrace the odd incident. Most notably, the logo of his photography company is a dead bird:

The best thing you'll see today: The logo for Randy Johnson's photography company is of a dead bird. pic.twitter.com/RnEx3E3PWU

It seems Johnson isn’t quite ready to let his fans forget about that infamous moment. As if that’s ever going to happen. 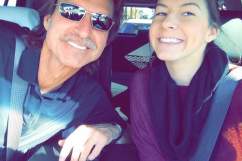 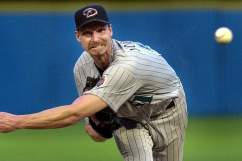 What Are Randy Johnson’s Career Stats?