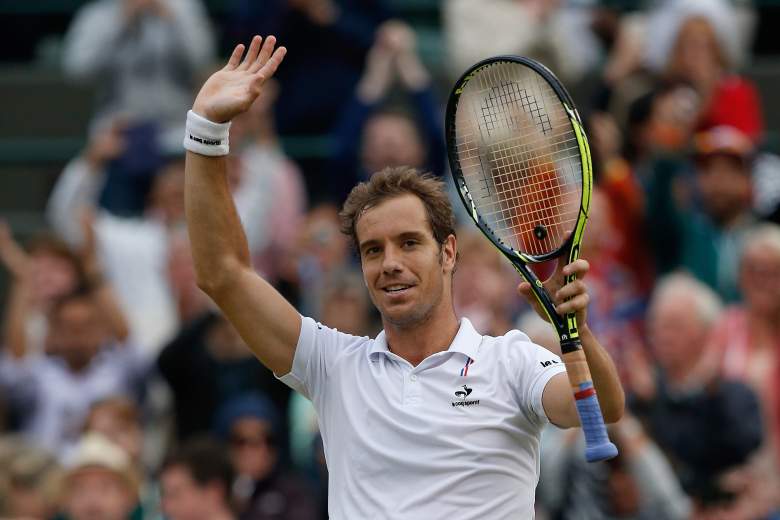 Richard Gasquet is about as French as a tennis player can be without stepping onto the court wearing a beret and a string of onions. He’s tempestuous, mercurial, dashing and wholly enigmatic.

And his love live is no less of an enigma. Indeed, It’s completely unclear whether Gasquet has a special someone in his life, and if he does, he’s keeping his cards particularly close to his chest.

Given the rumors and strife that have dogged the Frenchman in prior years, we can hardly blame him for that.

Back in 2007, French magazine Le Point published an article in which they asked businessman, husband and father-of-two Arnaud Lagardere whether he was having an affair with the then 23-year-old tennis pro. He strenuously denied the story, as did Gasquet, who told journalists that the story was “bullshit. Neither him nor me (sic) are homosexuals. It’s absolutely obvious.”

A couple of months later, at a tournament in Shanghai, Gasquet took another opportunity to deny the rumors. Asked by a journalist whether the woman in his player’s box was his girlfriend, he replied: “Not my girl. I don’t know. Not my girl, for sure. No, no, no, I have just friends. Men friends, but I’m not gay.”

For his part, Lagardere went a step further and did the one thing that absolutely, positively proved he was a 100% heterosexual man’s man: he left his wife and two children to marry a leggy Belgian swimwear model half his age.

Relationship troubles of a decidedly more damaging nature for Gasquet ensued a few years later, when a lady known only as “Pamela” nearly cost him his career. In May 2009, traces of cocaine were found in a urine sample taken during the Sony Ericssen Open in Florida, and he was provisionally suspended from the sport. Gasquet protested that the coke entered his system via a woman (the aforementioned Pamela) he’d been kissing at a Miami nightclub. A tribunal accepted Gasquet’s explanation and lifted his ban two months later, stating the quantity of cocaine in his sample was “very small, about the size of a grain of salt.”

Aside from a passing link to Laury Thilleman, Miss France 2011, Gasquet’s kept a decidedly low profile on the relationship front in recent years, and we can hardly blame him for that.