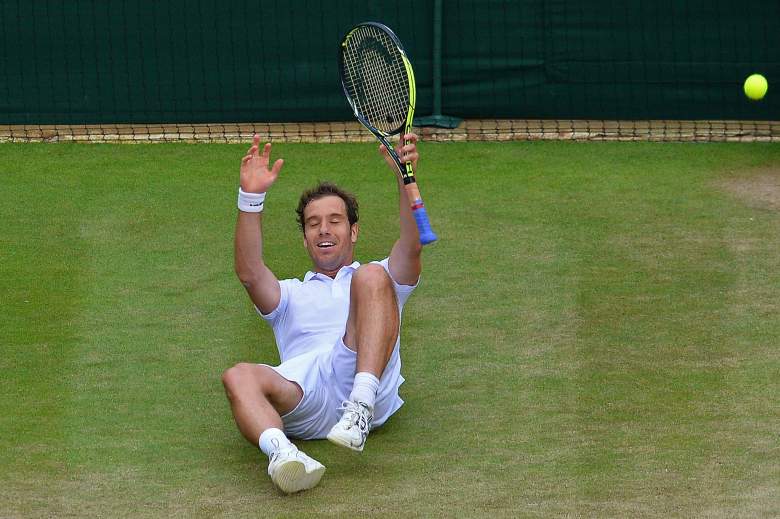 It was the upset no one saw coming.

Richard Gasquet, the French tennis prodigy who has faced a roller-coaster career, took down No. 4 Stan Wawrinka in an epic five-set battle during the quarterfinals of Wimbledon earlier this week, punching his ticket to the tournament’s semi and effectively crashing the “Big Four” party.

But while Gasquet’s victory was an unexpected on-court moment, it doesn’t get any easier for the 29-year-old who will take on World No. 1 Novak Djokovic on Friday. It is the first semfiinal appearance in eight years for the No. 21 seed who boasts one of the most dominant backhands in the game.

It won’t be an easy test for Gasquet by any means but, maybe just maybe, there’s another possible upset in the works. Here’s what you need to know:

The Tennis Magazine cover of Richard Gasquet at age 9. A backhand suitable for framing then and now pic.twitter.com/gxiSrgTPQU

Gasquet caught the tennis bug early, beginning his on-court career when he was just four years old, working with his father, Francish, who ran a tennis club near their home. He was hailed as a a prodigy of sorts from a very young age and even appeared on the cover of the French Tennis Magazine when he was nine.

Throughout his junior career, Gasquet was coached by his father and, for a short time, by Tarik Benhabiles. During that time he posted a 44-7 singles record and was ranked juniors No. 1 in September 2002, just prior to turning pro. 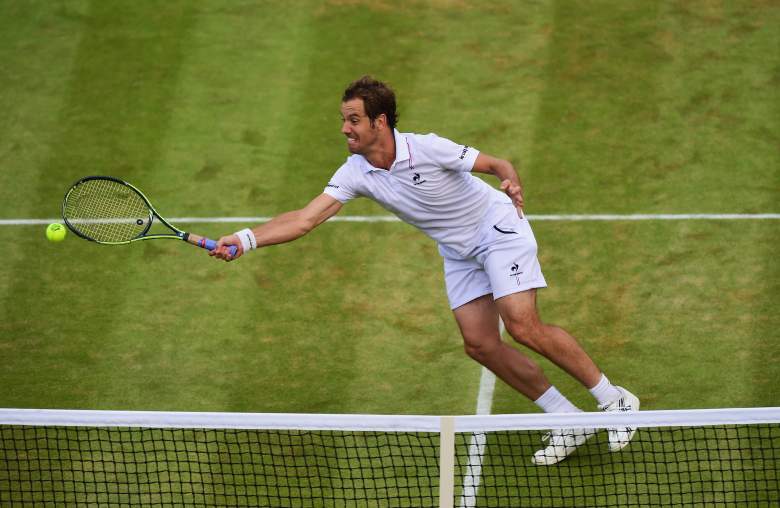 Gasquet made his pro debut on the ATP tour in April 2002 before making his Grand Slam debut at the French Open that year. He was the second-youngest player to ever compete in the main draw at just 15 years, 11 months and nine days.

But while the expectations for him were sky-high, Gasquet was a perpetual under-achiever, plagued by everything from chicken pox to a handful of injuries and a 2009 suspension after testing positive for trace amounts of cocaine, he claims he inadvertently ingest, while out in Miami.

That’s what makes Gasquet’s appearance in this year’s Wimbledon semifinals, after upsetting Stan Wawrinka in the quarterfinals, that much sweeter. He told ESPN after his win:

There is a lot of things. [It is important] because it’s Stan, and he won in Paris. You know, I’m French. I know what it means to win that tournament. And it’s a quarterfinal [at Wimbledon], the biggest tournament in the world. I fight. I fight a lot. To win that match — it’s very important to me.

Gasquet began his season at the Qatara ExxonMobil Open, falling in the quarterfinals before making it as far as the third round of the Australian Open. In a positive move though, Gasquet defeated Nick Kyrgios in the 2015 Estoril Open, becoming one of only eight active players to sit in the top-10 for number of titles, finals and semifinals attended.

Very happy to win at Estoril this year ! Contrats to @NickKyrgios for his final . pic.twitter.com/iNDcJkLiub

He then saw World No. 1 Novak Djokovic for what would be the first time this year, falling in straight sets in the fourth round of the French Open. Djokovic would go on to lose to Stan Wawrinka in the final of the Open, the same Wawrinka that Gasquet just defeated at Wimbledon. 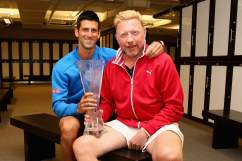 4. He Has Battled Rumors Surrounding His Sexuality For Years 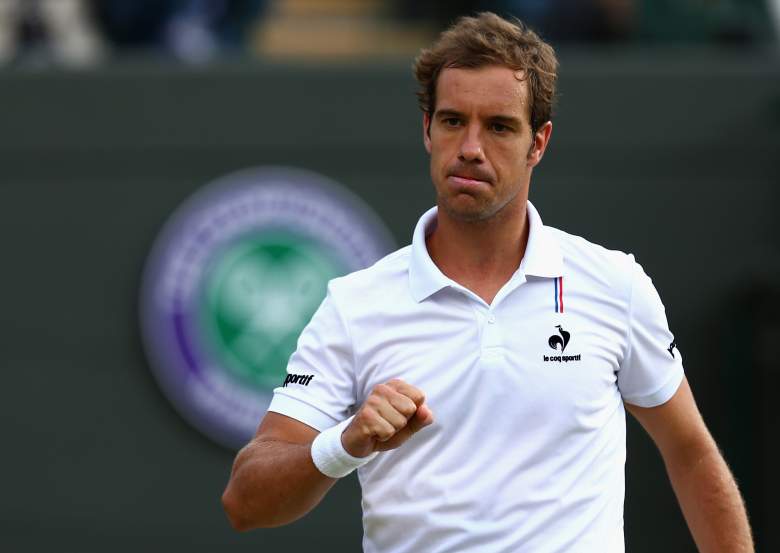 It all began in early 2007 when Gasquet was first questioned about his sexuality, sparking some fairly angry denials by the French standout. Then, it got a little bit more involved.

After competing at the Tennis Masters Cup in China in November 2007, Gasquet wasn’t even directly asked about the rumors surrounding his sexual preferences when he made sure to let everyone know that he is not, in fact, gay. Per OutSports, Gasquet was asked “Who is the girl watching your match with your uncle?” and he proceeded to answer, “Not my girl. I don’t know. Not my girl, for sure. No, no, no, I have just friends. Men friends, but I’m not gay.”

The rumors have persisted ever since and, as recently, as this year, Gasquet has denied claims that he is gay. In a recent interview with Society, he denied suggestions that he was in a relationship with businessman Arnaud Lagardere.

5. He Launched the Richard Gasquet Foundation to Help Underprivileged Children

Gasquet launched his own charity in 2008, a two-pronged foundation that works to use sport to bring underprivileged children back to health and also as a means of helping those same children build a future away from poverty. He spoke about the decision to create the Foundation:

I want to be able to achieve success on the court without cutting myself off from the rest of the world. Top class sportsmen should not live in an isolated world — they should feel concerned by the world that surrounds them and try and help others.

Before starting the Foundation, Gasquet had been a part of a handful of educational initiatives under the Jean-Luc Lagardere Foundation, experiences that helped spark his interest in creating his own charity.